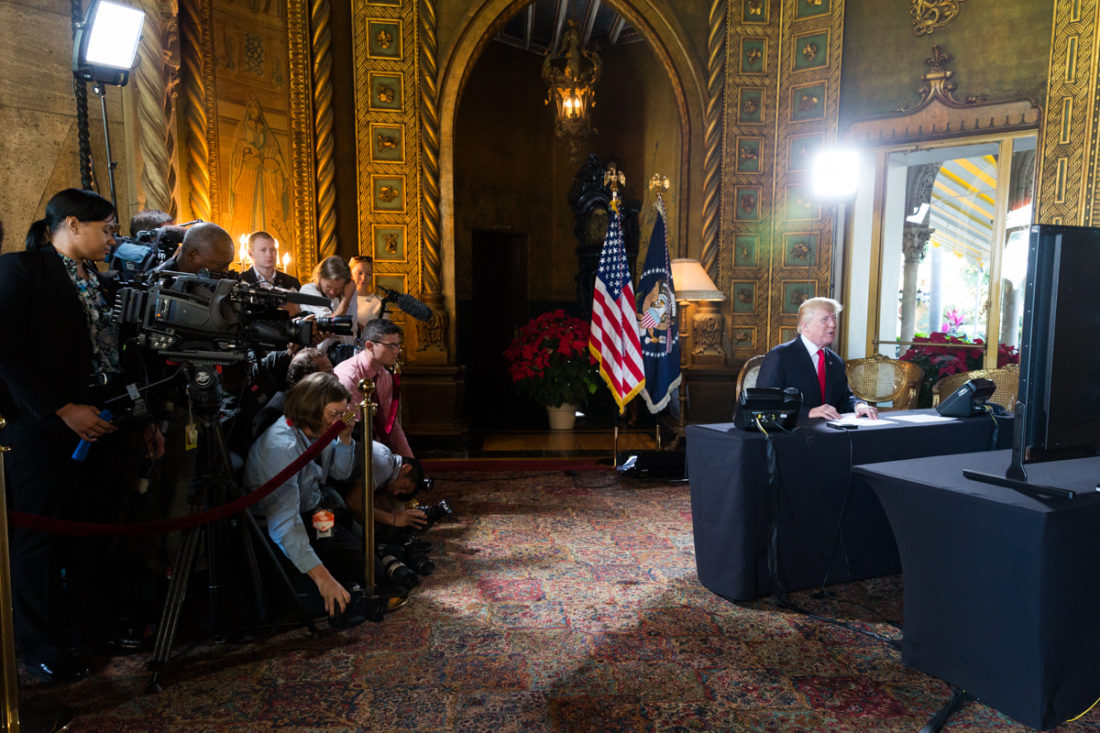 According to the latest survey data from the Atlanta, Georgia-based Trafalgar Group, 53.36 of South Carolina voters say they approve of the job Trump is doing as president.  Of those, 26.26 percent say they “strongly approve” of his performance in office.  On the flip side 42.25 of South Carolina voters say they disapprove of Trump – 35.43 percent of them “strongly” disapproving.

Only 4.3 percent of Palmetto State voters had “no opinion” of the nation’s bombastic leader.

Trafalgar’s surveys have tremendous credibility.  Not only is the firm one of the few polling outfits in the nation to correctly predict Trump’s upset November 2016 victory, its data has been uncannily accurate in predicting the mood of the South Carolina electorate.

Among the state’s Democratic primary voters, a whopping 83.34 percent say they disapprove of Trump – including 71.04 percent who “strongly” disapprove.  That’s the definition of intense, monolithic opposition.  Only 11.63 percent of South Carolina Democrats approve of Trump, and of that subset only 3.07 percent strongly approve.

Trump is roughly where he was in November 2016 when he carried South Carolina with 54.9 percent of the vote to Democrat Hillary Clinton‘s 40.8 percent.