A female Spartanburg, South Carolina police officer is “likely” to face criminal charges in connection with a recent officer-involved shooting in the Upstate, sources close to S.C. attorney general Alan Wilson’s office told us this week.

According to our sources, Wilson’s office has received a referral in the case from S.C. seventh circuit solicitor Barry Barnette.

The incident in question took place shortly after 2:00 a.m. EDT on Thanksgiving morning as police attempted to remove 29-year-old James Kershaw from a vehicle that was parked near Cedar Springs Road in Spartanburg.

Kershaw refused to comply with officers’ commands and a struggle ensued, resulting him being shot in the shoulder.

Kershaw fled the scene in the vehicle – which had been reported stolen a month earlier – and led officers on a two-county high-speed car chase that ended with his eventual apprehension in Union County, S.C.

After receiving medical treatment for his wound, Kershaw was transported to the Spartanburg County Detention Center and booked on a number of charges – including a parole violation and failure to stop for blue lights. 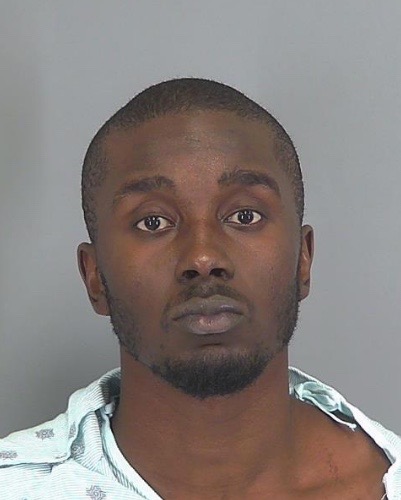 Ready for the complication?

The officer who shot Kershaw is white, and was placed on paid administrative leave pending an investigation of the incident conducted by the S.C. State Law Enforcement Division (SLED).

SLED – which investigates all officer-involved shootings as a matter of protocol – issued a press release announcing its inquiry on November 24.

“Information gathered in the SLED investigation in Spartanburg will be summarized in a case file report to be submitted to prosecutors in the seventh circuit solicitor’s office,” the release (.pdf) stated.

SLED has not commented on the matter since, and agency spokesman Thom Berry declined to comment when we reached out to him earlier this week.

“Our work on the case is continuing,” Berry told us.

The news of possible charges in connection with the Kershaw case comes at a tempestuous time for this particular issue.

First, South Carolina is just one officer-involved shooting away from tying the statewide record for such incidents – set in 2015.

Second, North Charleston, S.C. police officer Michael Slager is about to be sentenced in federal court for the 2015 shooting of an unarmed black man, Walter Scott.  Slager was charged with murder at the state level but the jury in his case became hopelessly deadlocked.  That mistrial generated even more controversy after it was revealed the jury’s foreman had a pending charge against him dropped during the trial.  Slager ultimately pleaded guilty to the federal charge of violating Scott’s civil rights, although the exact nature of this violation – and the sentence he is to receive for it – remain undecided.

Third, the Spartanburg case falls smack dab into the middle of a debate raging behind the scenes over who ultimately has accountability over these incidents.  Wilson’s office has reportedly been seeking an expanded oversight role when it comes to officer-involved shootings and other investigations involving law enforcement officers in the Palmetto State.

We reached out to Wilson’s office last week to get its take on the issue.

“This office has been deferential to the locally-elected solicitors,” Wilson spokesman Robert Kittle told us.  “If a solicitor has a conflict, we’ll take it or refer it to another solicitor, in cases where we might have the same conflict. We are working with the prosecution coordinating commission in developing a statewide protocol for handling officer-involved shootings, but until that’s done we defer to the locally elected prosecutors.”

Stay tuned.  In the event we receive any additional information on the Spartanburg case (or other officer-involved shootings) we will be sure to pass it along to our readers.