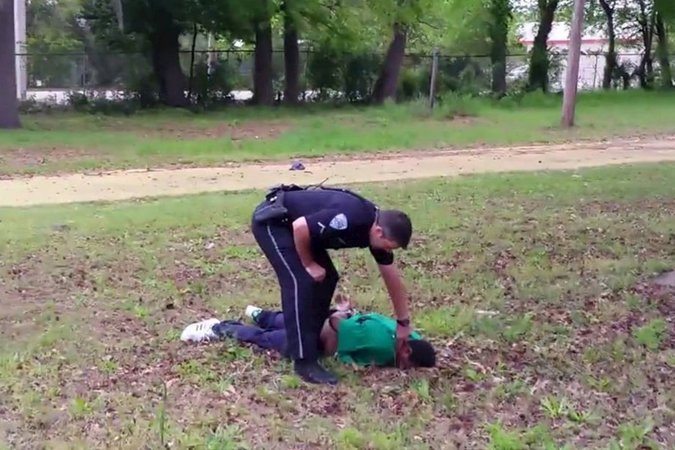 S.C. circuit court judge Clifton Newman has declared a mistrial in the murder case of Michael Slager – a white North Charleston, S.C. police officer who repeatedly shot a fleeing black suspect in the back last spring.

Newman had ordered jurors to continue deliberating in the case, but they informed him on Monday that they were hopelessly unable to reach a unanimous verdict on either murder or manslaughter charges.

A majority of them were undecided, jurors said in a note to the judge.

Slager shot and killed 50-year-old Walter Scott in April after the latter fled from him during a routine traffic stop over a broken brake light.  The shooting likely would have never made headlines had it not been captured on camera by an amateur videographer, Feidin Santana.

Prior to the release of the amateur video, North Charleston police claimed Slager, 35, shot and killed Scott because he posed a legitimate threat to the officer’s safety – having allegedly engaged in a scuffle with Slager which resulted in Scott obtaining the officer’s taser weapon.

Police also said Scott was fatally shot following a “foot pursuit” and that officers attempted cardiopulmonary resuscitation (CPR) in an attempt to revive him.

The amateur video debunked most – if not all – of those claims.  It clearly depicted Slager shooting Scott multiple times in the back, which we described as “the unnecessary use of deadly force against a suspect.”

In addition to murder charges at the state level, Slager is facing federal civil rights charges and a gun charge.  If convicted, he could still spend the rest of his life behind bars.  Also the city of North Charleston, S.C. has agreed to pay a $6.5 million settlement to Scott’s family in connection with a civil case.

Prosecutors have the option of retrying Slager.  It’s not immediately clear whether they will avail themselves of that opportunity.

Letter: US Constitution Under Attack In SC Schools