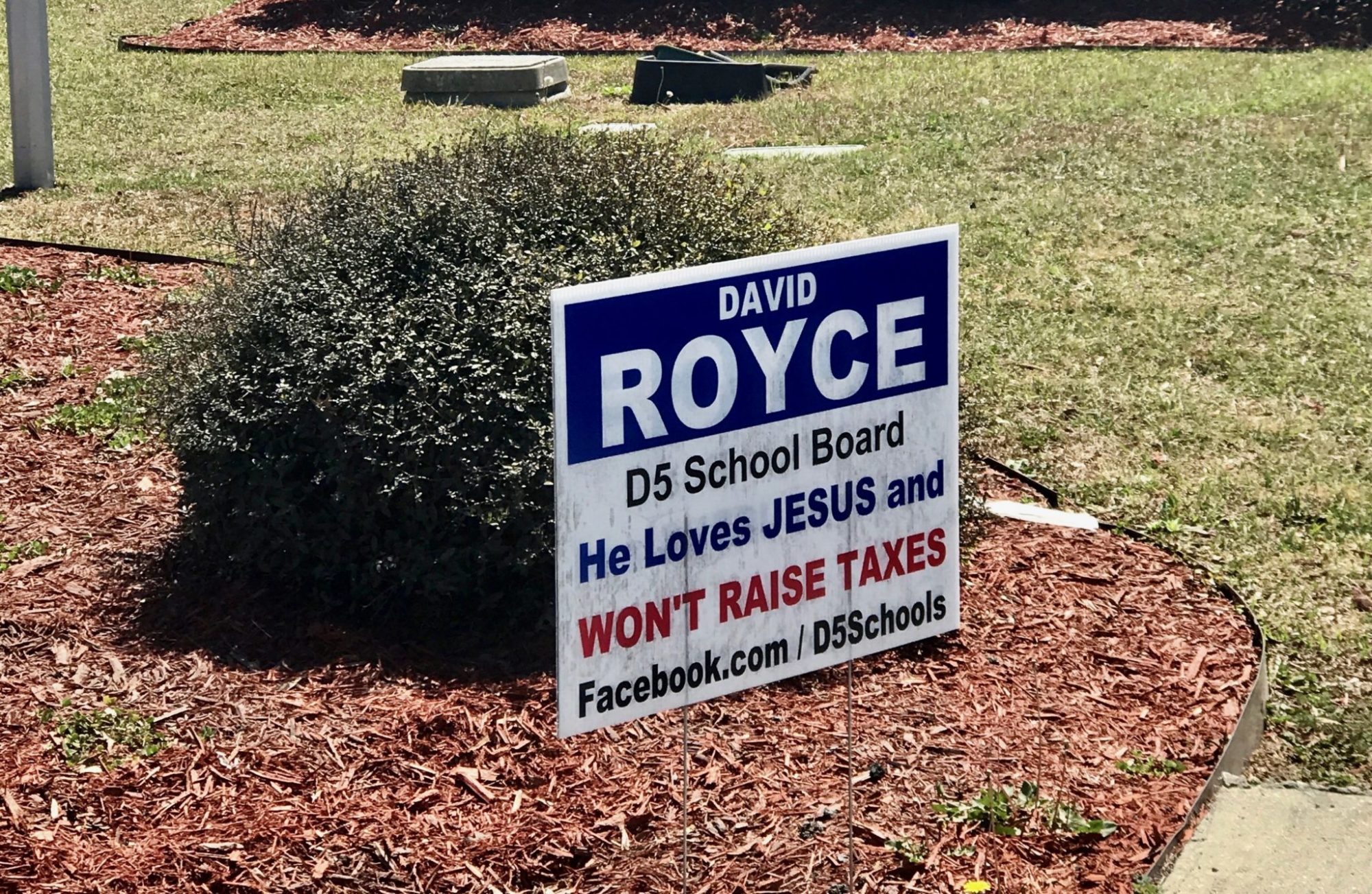 We have no idea who David Royce is … nor do we particularly care who wins this week’s special election to fill a seat on Berkeley County, S.C. school district five.

South Carolina’s government-run schools are an unmitigated disaster … and our guess is a special election in the Palmetto Lowcountry is unlikely to move the needle one way or the other when it comes to the state’s $16,211 per kid, per year price of failure.

Our interest in Royce?  The pure pandering pablum of his yard signs … which as far as we’re concerned perfectly encapsulate every single Palmetto Republican politician’s rallying cry.

In fact, change that sentence to the past tense and you’ve got what every Palmetto Republican politician would love to see chiseled on their tombstones (no matter the eternal judgment such a demonstrably false inscription might incur).

Whatever it takes to get elected, right?