The sheriff of Greenville County, South Carolina has been accused of stalking and sexually assaulting one of his former subordinates – and then covering up the alleged crime by threatening to fire anyone who went public with information about it.

Greenville County sheriff Will Lewis – who narrowly defeated longtime incumbent sheriff Steve Loftis back in November – has been accused of all these disturbing behaviors by a former female staff member, Savannah Nabors.

Both Lewis and Nabors were married at the time of the alleged incident – which she claims took place earlier this year while the two of them were out of town together on a business trip.

Lewis’ agency – the Greenville County Sheriff’s Office (GCSO) – told us they became aware of the allegation yesterday and immediately referred the matter to the S.C. State Law Enforcement Division (SLED) for investigation.

“The Greenville County Sheriff’s Office was made aware of online allegations yesterday,” a statement from the department noted.  “We immediately contacted SLED and demanded an investigation into this matter.  This will serve as our only comment until the investigation is concluded.”

SLED confirmed this afternoon it had received the request from Lewis’ office and that the matter was “under review.”

Meanwhile, sources close to Nabors told us she is cooperating with SLED in its inquiry.

Ordinarily we provide anonymity for victims who come forward with stories like this, but Nabors took the unusual step of sharing her story online via a gripping account that sent shock waves across the South Carolina Upstate.

The title of Nabors’ article?  “A Letter to the Sheriff’s Next Sexual Assault Victim.” 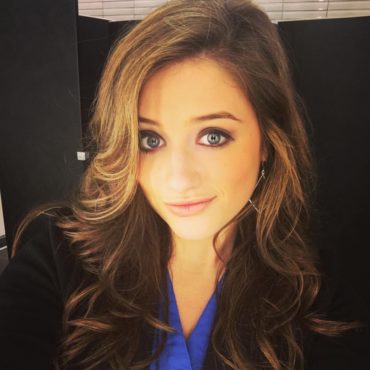 “He’s a church-going man, strong in his faith,” the 23-year-old former sheriff’s office employee wrote.  “You think he could never be capable of something so manipulative, so hypocritical. The man that you think is legal, ethical, and moral is anything but those things.”

Here’s more from her bombshell column …

I don’t want you to wake up feeling disgusted, used, broken, and violated because that’s how I woke up the week of my 23rd birthday. This man, who is twice my age, that I looked to for protection, since I was 17 years old, used his power, his authority in his position, and the trust that he had built to coerce me into allowing him into my hotel room on a business trip out of town. He forced himself on me. He took advantage of me. He brainwashed me from the moment I met him. It was all a set up. It was all for this moment where he took every last piece of me. And I had no where to run.

As I came to consciousness after that night I was broken. I couldn’t call 9-1-1. He was “9-1-1”. I couldn’t tell anyone higher up, because he was the top. No one would listen to me. He had coached them long before I even made the call for help. And he told them whatever they needed to hear to trust him and downplay my cry for relief.  He is charming to the public eye, authoritative, and conniving, and will probably hold a press conference to “clarify” the nature of this event, and they will believe whatever story he comes up with, not little me- the powerless. Every lawyer I knew was wrapped around his political finger. The friendships I thought I had in my work life were not real. Or maybe he just convinced them that they shouldn’t contact me, that I left because I had landed my dream job elsewhere. They were all lies. Every last detail out of his mouth is the farthest thing from the truth. The truth is that he took everything from me- he took my salary, my car, my phone, my lap top, my house, he took my family and my community- because I no longer felt safe in the only place I ever called home, my career, my pride, my self-esteem, my sound mind, my hope, and my future. He took it all.

Sources familiar with the situation tell us the allegation was suppressed by Lewis – who is accused of threatening his employees to stay silent.

“They were told when Savannah left that they would be fired if one word was said about the situation,” one source told us, saying “it was a direct threat that went out to all of them.”

We’ve reached out to both Nabors and Lewis seeking more information on this seismic allegation.

Six years ago, Lewis – then a GCSO deputy – was accused of “unprofessional conduct” by a female deputy after he allegedly hugged her and kissed her on the cheek at a crime scene and told her he “missed working with her.”

The deputy in question said she “knew it was not some sexual advance,” but that Lewis’ behavior “was unprofessional to do on a (crime) scene.”

GCSO investigators agreed, sustaining the unprofessional conduct allegation against him.

As for the bombshell allegations dropped by Nabors, sources close to the sheriff tell us the charges are “non sustainable.”  They also argued that Nabors is intending to profit from the publicity associated with her allegation – posting it on a website that includes pictures of her posing in T-shirts that she is selling.

They also claim she is seeking publicity to drive sales of a book she has written about the alleged experience.  A link to Nabors’ book – Guilty Until Proven Victim – was removed from the website shortly after her narrative about Lewis’ alleged assault was made public. 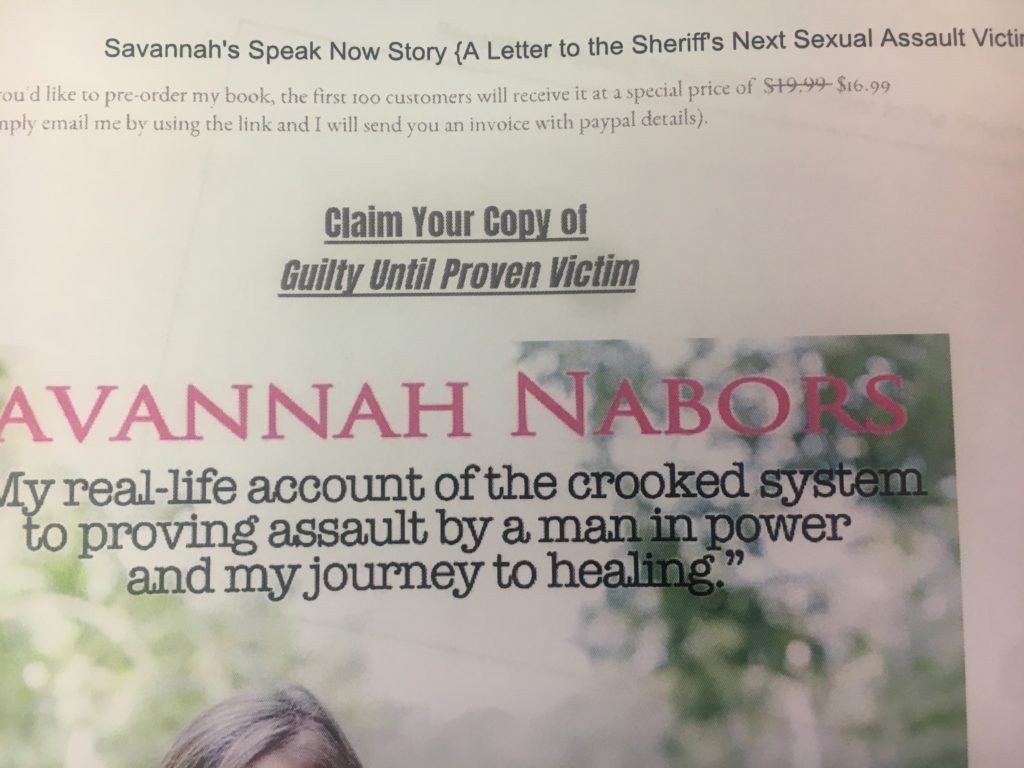 Sources close to Nabors tell us her book is on hold and that she receives no profits from the sale of the T-shirts.  The ministry that runs the website which promoted her story sells them – as a way of encouraging people to share their faith and their stories.