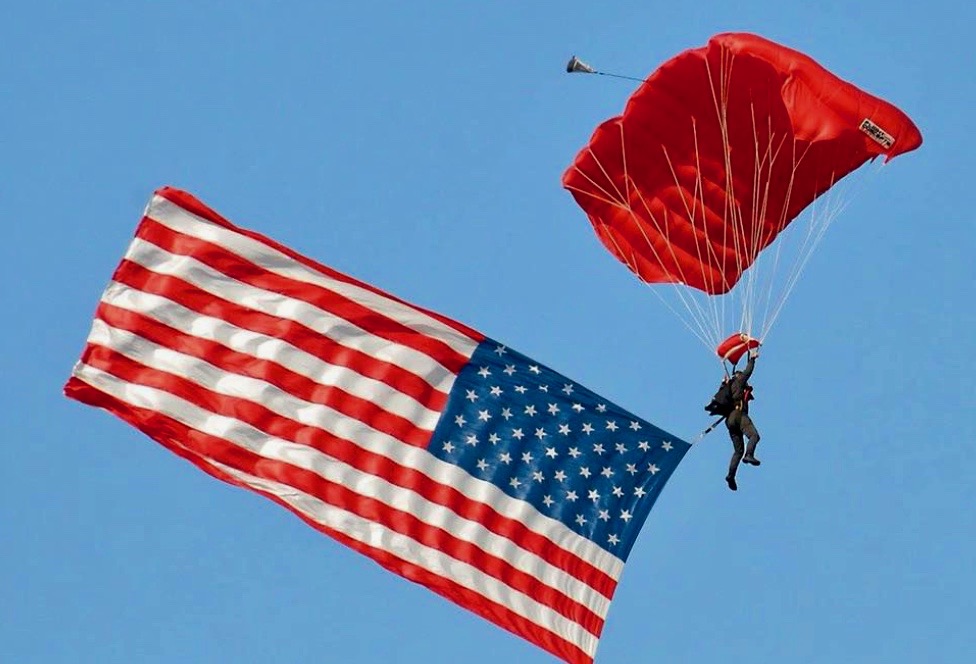 Last week she did … in dramatic fashion.

Cox, 37, announced his candidacy for this seat (map) by skydiving to his press conference with the U.S. Army Special Forces Association parachute team.  The Upstate native and 2002 graduate of The Citadel is campaigning on ethics reform and “less government, less taxes, and more freedom for families to live the way they want to live.”

“I’ve lived by a higher code my entire adult life … whether it was the honor code at The Citadel or the Ranger Creed that expects highest level of conduct in our daily lives,” Cox said in announcing his candidacy. “I believe in servant leadership and I will bring this mentality to the State House and demand major ethics reform.”

A supporter of term limits, Cox said he will put his money where his mouth is on this issue and serve no more than four two-year terms in the State House, if elected.  Not only that, he pledged to donate his state salary to Upstate veterans organizations – “especially those that help in combatting the opioid crisis in our veterans community.”

A veteran of four tours of duty in Iraq, Cox is currently serving as director of government strategy for SIG Sauer – a German-based firearm manufacturer.

Not surprisingly, Cox described himself as “a strong advocate (for) the Second Amendment.”

Cox reportedly upset some local “Republicans” by choosing a Columbia, S.C.-based firm to run his “outsider” race, with one local GOP advisor telling us “people don’t realize how (toxic)” any connection to the state capital has become.

“Bobby really could be a white knight,” the advisor told us. “But this will put people in the Phyllis camp unnecessarily.”

Really?  We’re not quite so sure of that … especially if Henderson keeps being, well, Henderson.

Cox’s firm – First Tuesday Strategies – is poised to pick up major ground in South Carolina politics in the coming years.  That’s because the state’s largest political empire, led by veteran “Republican” strategist Richard Quinn, is collapsing under the weight of a major, multi-jurisdictional criminal investigation into corruption in state government.

As “the Quinndom” crumbles, sources tell us legislative leaders are leery of allowing First Tuesday – or any other consulting empire – to obtain too much influence in the growing power vacuum.

We spoke with several legislative leaders who declined to confirm such speculation, though.

One leader told us the issued “(hadn’t) even been discussed.”