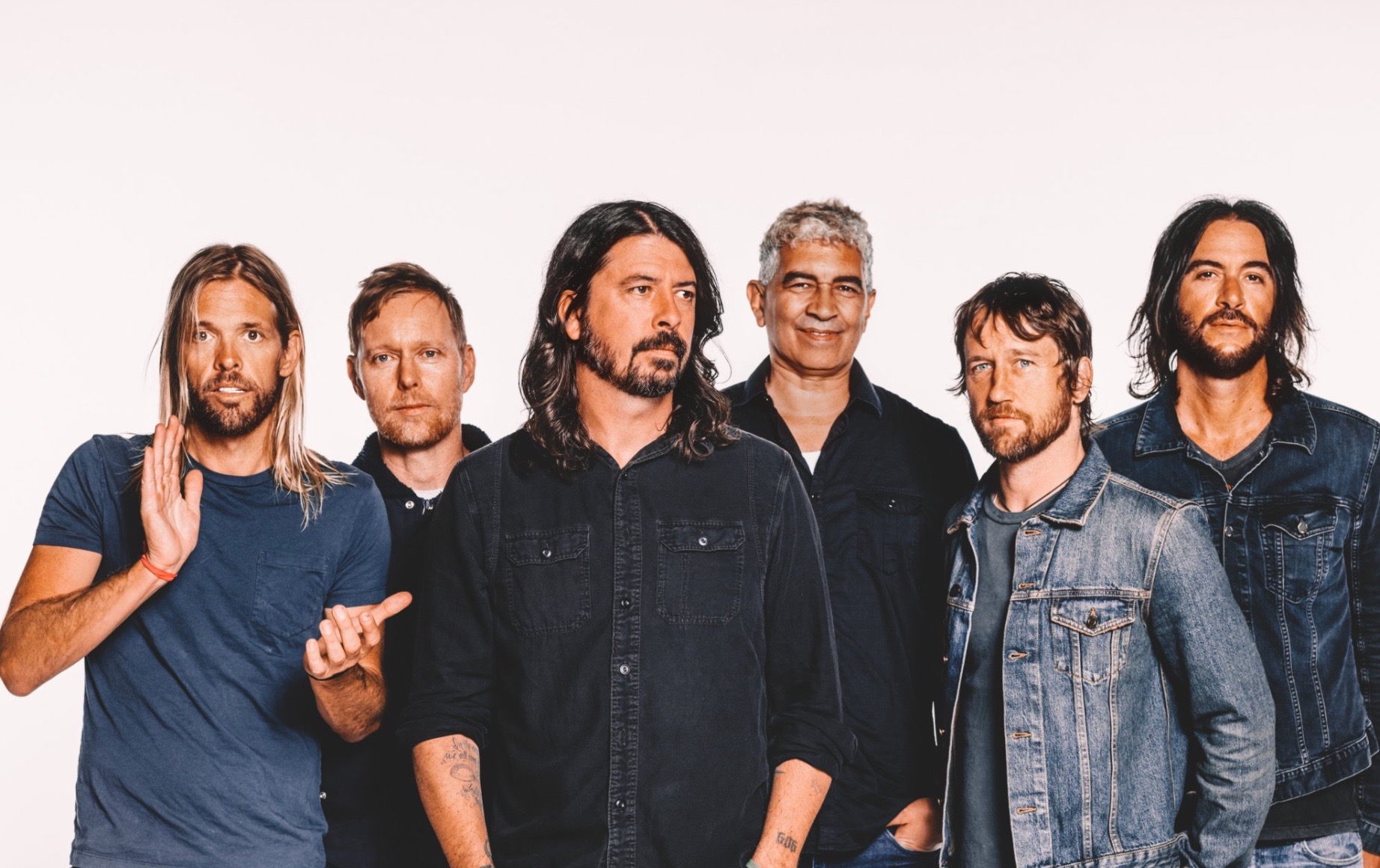 by WILL FOLKS || I can’t stand Dave Grohl‘s politics.  At all. The guy is pretty much the poster musician for uninformed, one-sided social commentary.  Or at least he was.

Earlier this year, the front man for the Foo Fighters announced during a concert overseas that supporters of U.S. president Donald Trump were “a little fucked” in the head.  Of course he later hedged his bet, letting Trump backers know they were welcome at his shows.

“When the Foo Fighters go out and tour, we play to everyone,” Grohl told Rolling Stone last month. “I like to think that music is something that can bring two opposite sides of the spectrum into the same arena for three hours of relief. There’s a part of me that thinks I’m better at giving people hope. So that’s where I’d rather be.”

Giving hope is a great thing … and so is burning calories.  Lots of calories.  Seriously.  And Grohl’s music does that too. Were it not for Foo Fighters being a part of my regular cardio routine, I’d probably weigh six hundred pounds right now.

So thank you, Dave Grohl.

Grohl’s uber-liberal politics aside, there is no denying Foo Fighters are one of the last great rock bands America is likely to see in its increasingly dystopian, disjointed history.

Since the release of Grohl’s landmark 1995 “demo” – a dynamic, defining debut album in which he played or sang all but one track on one song – Foo Fighters have become arguably bigger (and better) than the genre-establishing band for which Grohl once played the drums.

Remember them?  They went by the name Nirvana.

But time has borne out that contention …

Foo Fighters may not have started a new musical movement like Nirvana did – but along with bands like Pearl Jam (another one of my favorites) and Soundgarden they have defined it and dramatically expanded its horizons.

Whatever musical promise Cobain offered us … Grohl has fulfilled (and then some).

Since 1995, Foo Fighters have released nine studio albums – churning out multiple alt-rock anthems like “This Is A Call,” “Everlong,” “The Pretender,””I’ll Stick Around,” “All My Life,” “My Hero” and “Learn To Fly.”

For those of you born too early, the band also does a masterfully amped-up cover of Gerry Rafferty‘s “Baker Street.”

Unlike some bands that fall off in their later years, the Foo has kept fighting … and fighting hard.

Their 2014 album Sonic Highways was every bit as aggressive and intricately layered as their defining sophomore sensation, 1997’s The Colour and the Shape.  Moreover their new album Concrete and Gold – released just last month – contains two of the best Foo songs I’ve ever heard, “Run” and “The Sky is a Neighborhood.”

That is rock and roll the way it is meant to be played, people …

Foo Fighters’ political leanings are indeed difficult to get past – especially when Grohl shoves them in the faces of his listeners.  But I don’t look to Dave Grohl for commentary on taxes, spending, academic reform or American foreign policy.

I look to him for rock … something he does better than any other American musician right now.