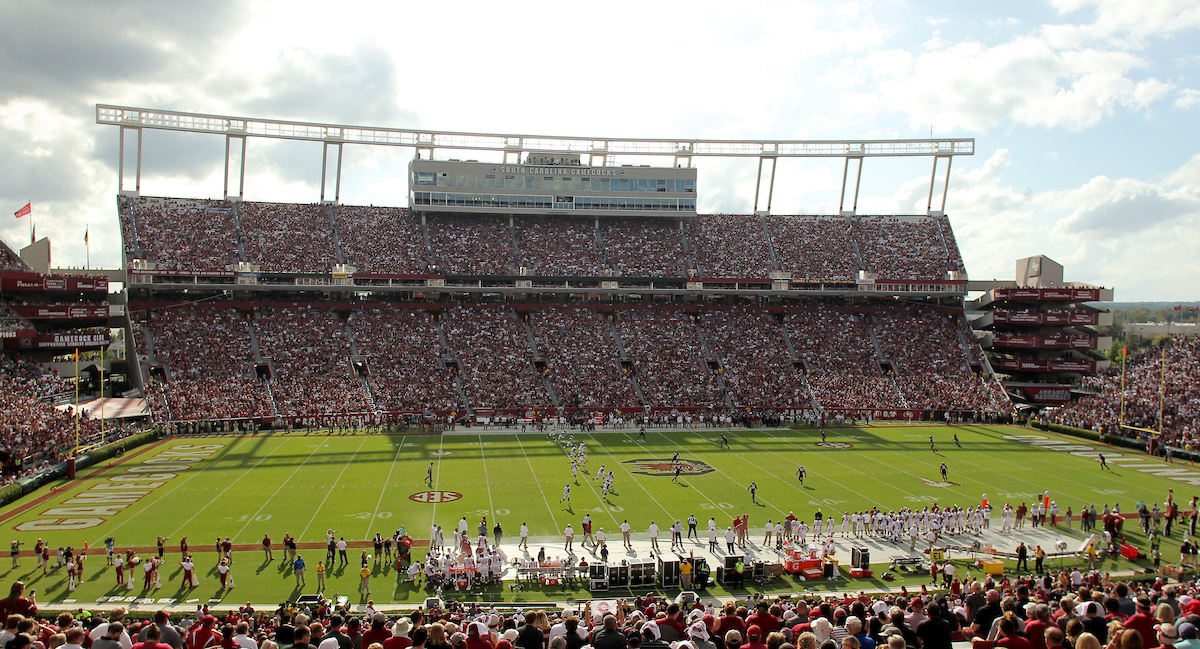 The University of South Carolina athletics department is working hard to improve the game day atmosphere for college football at Williams-Brice Stadium.

Just ask them … they’ll tell you.

But what about the increasingly X-rated action transpiring in and around the stadium?

We wrote last year (controversially) about a video depicting full-on sexual intercourse in the Morrison Memorial Tailgate Lot just outside the stadium.  Fast-forward to this year’s victory over Arkansas, in which the South Carolina offense (and defense) weren’t the only ones doing some scoring …

Per usual, there was tailgate sex going down (NSFW tweet here).  Sadly, this has pretty much become a staple at South Carolina home games in recent years.

But at the Arkansas game, fans actually brought the X-rated action inside the stadium (NSFW tweet here).

“One female Gamecocks’ fan couldn’t wait until she got home to have some fun with her boyfriend, so she reached her hand inside his pants and started playing with his gamecock in front of thousands of people,” the website Daily Snark noted in response to the in-stadium antics.

We know South Carolina is trying to help its stressed out snowflakes relax a bit, but things at Williams-Brice are getting out of hand.

These aren’t just public displays of affection, people … these are explicit sex acts.

Or is this just where we’re at as a country now?

Is The NFL About To Cave?