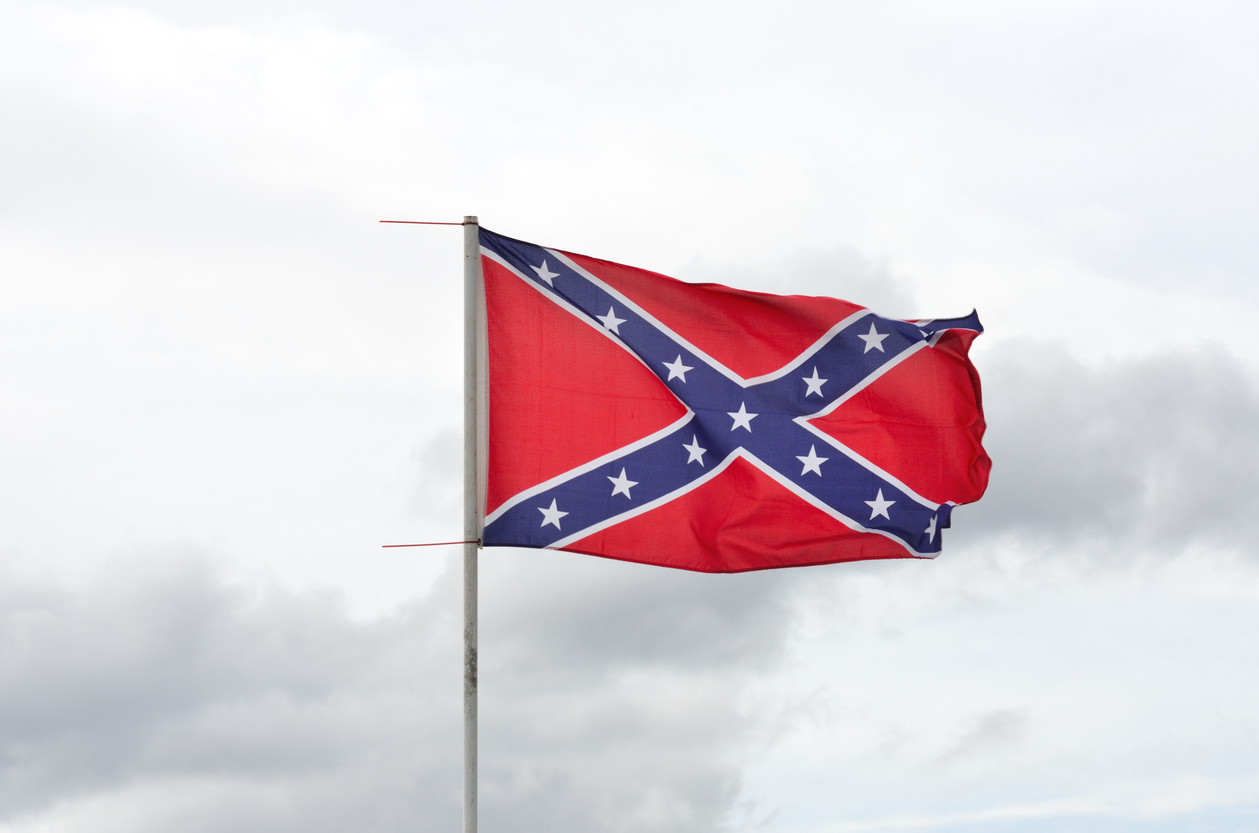 Earlier today this website ran an article about another skirmish in America’s ongoing culture war.  This particular dust-up involves a prestigious, parochial school in Columbia, South Carolina and a parent who was displaying the Confederate flag on its campus.

Heathwood Hall – part of the liberal national Episcopal church – wasn’t interested in commenting for our story, and according to sources familiar with the situation they are hoping the whole thing vanishes into the ether … sooner rather than later, preferably.

Does this mean we believe the school was in the wrong in fighting for over a year against the flag-flying parent?  Not necessarily …

As we noted in our report, we believe Heathwood – as a private institution – has the right to enforce “whatever prohibitions on students, parents, teachers, administrators (it deems) appropriate.”

“Unlike the Palmetto State’s government-run failure factories, private schools are accountable only to the marketplace,” we wrote.

But is there more to the school’s apparent vendetta against flag-waving parent Rhett Ingram?

Sources close to the school say “yes.”  In a letter sent by a Heathwood attorney to Ingram this week, references were made to him allegedly bringing “unsecured weapons” onto school property and posting comments on social media “considered by many to be threatening to the safety of certain individuals associated with the school.”

We can’t speak as to the allegation regarding the weapons, but parents at Heathwood reached out to us following the publication of our initial report to provide two examples of questionable Facebook comments.  In one post, Ingram quoted Confederate guerrilla leader William T. “Bloody Bill” Anderson as vowing to “hunt down” and “murder” his enemies.  In another post, he advocated for the lynching of Takiyah Thompson – a black woman who helped deface a Confederate monument in Durham, North Carolina earlier this year. 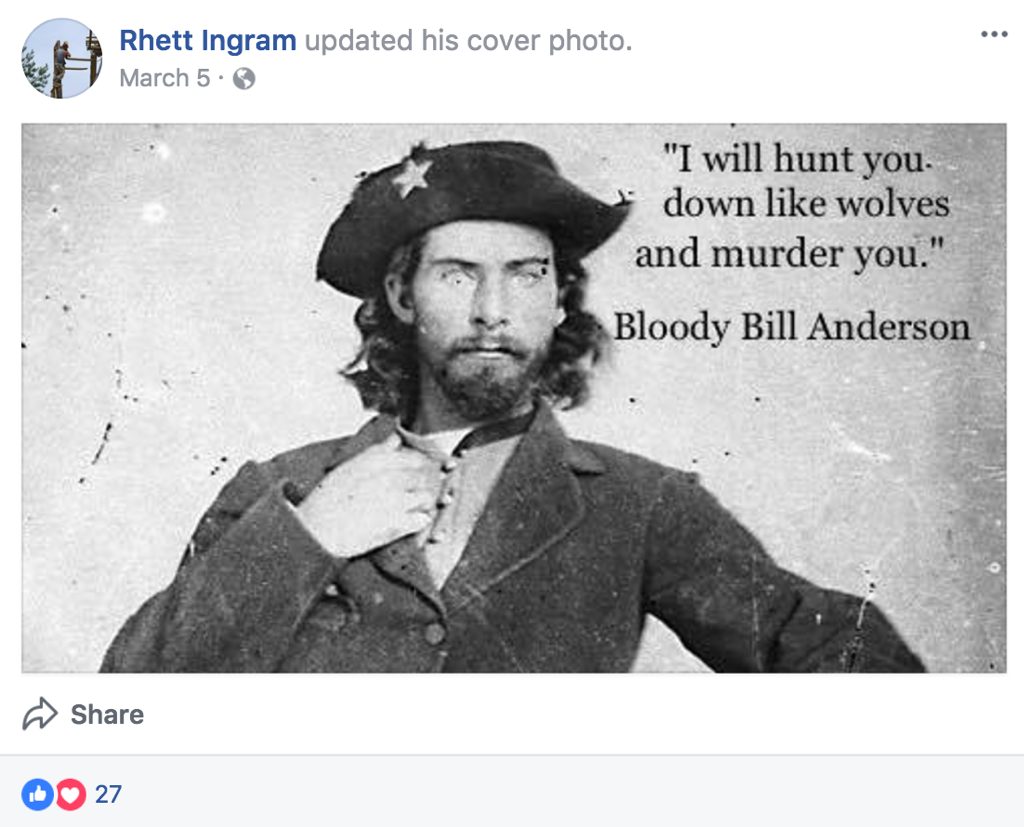 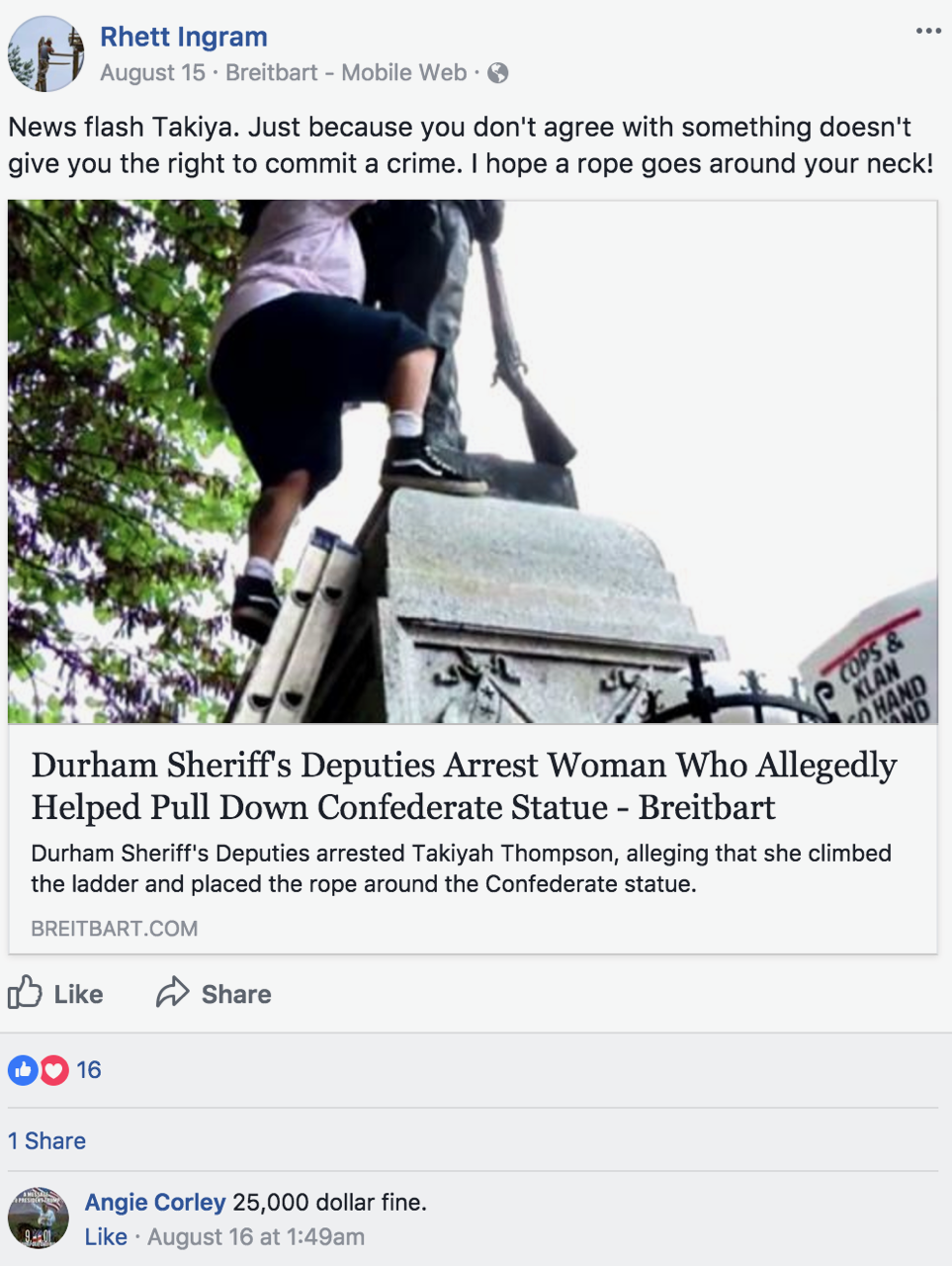 “(This guy) is not a normal flag guy,” one Heathwood parent told us, referring to Ingram. “This guy is dangerous.”

“People need to know that Heathwood didn’t just tell a guy to take a small flag off his truck,” the parent continued.  “They knew about all of this stuff first.”

Additionally, we’re told school officials were informed of an incident within the last six years in which Ingram allegedly fired a weapon at an individual said to have been trespassing on his property.

Details of that incident were not immediately available.

James Bessenger – chairman of the S.C. Secessionist Party – disputed the contention that Ingram was “dangerous.”

“That sounds like a lot to assume about a person based on an emotional Facebook reaction to cultural cleansing,” Bessenger told us.  “I that’s ironic coming from people who follow parents and children around town and jump out of cars to verbally attack them.  Who is more dangerous?”

Bessenger is referring to a May 2017 incident in which a member of Heathwood Hall’s board of trustees, Freeman Belser, allegedly followed Ingram’s truck from the school’s campus to the S.C. State House and confronted him regarding his displaying of the Confederate flag on campus.  According to a recap of the incident published by the S.C. Secessionist Party, Belser “began to rant” at Ingram.

We weren’t immediately able to get a comment from Belser or the school regarding this allegation, but in the event they do respond will we be sure to let our readers know what they had to say.

As for parents’ contention that Ingram is “not a normal flag guy,” Bessenger told us “if the definition of ‘a normal flag guy’ is someone who rolls over and doesn’t speak up, then Mr. Ingram should take that as a compliment.”