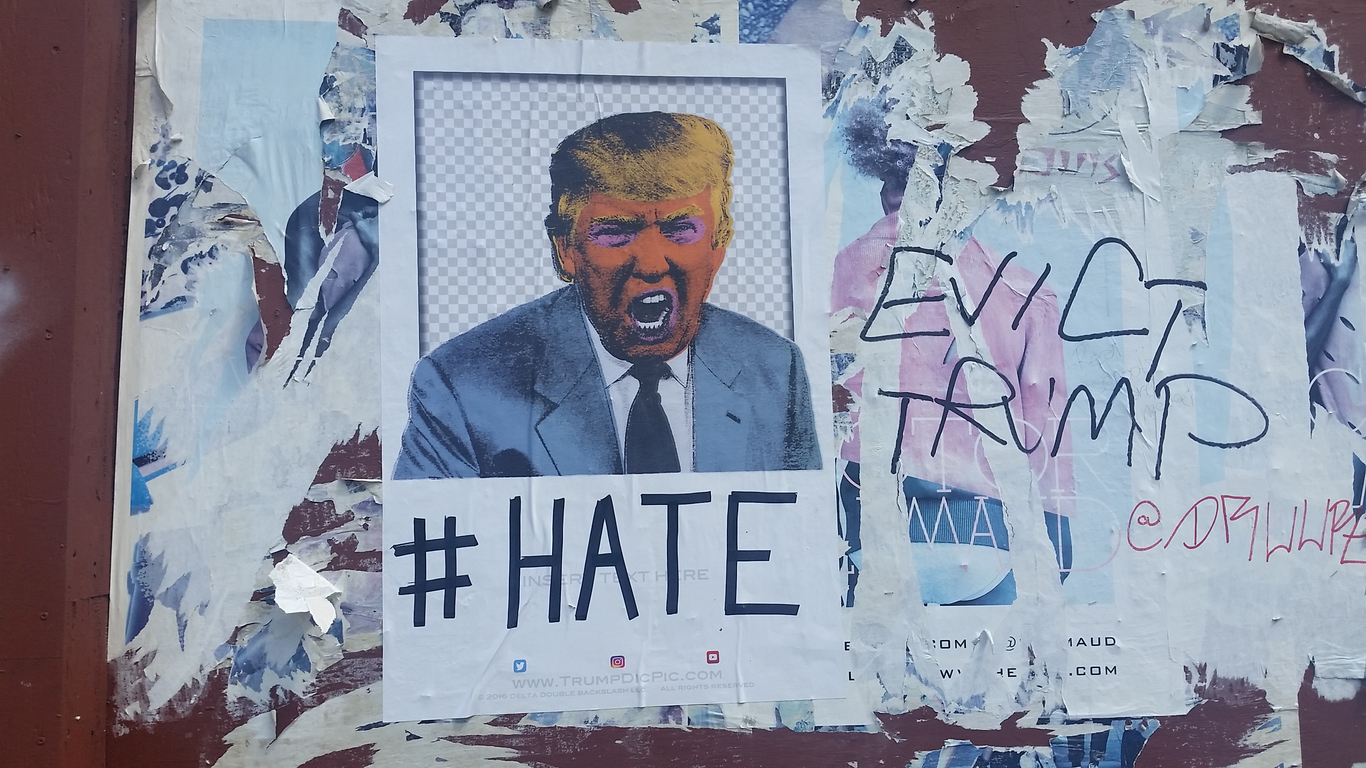 A little over two years ago, a white supremacist gunman brutally murdered nine parishioners at a black church in Charleston, South Carolina.  In addition to joining the universal condemnation of this cowardly act, our website responded by calling for the removal of the Confederate flag from the grounds of the S.C. State House.

In fact, we were the first media outlet in the Palmetto State to do so.

In a heritage-heavy state like South Carolina, that decision cost us some readers … but we maintain that it was the right thing to do (for the reasons we articulated at the time).

In the aftermath of last weekend’s racially motivated violence in Charlottesville, Virginia, there has been a disturbing surge in racist rhetoric … against white people.

Wait a minute  … wasn’t it an Adolf Hitler-loving white supremacist who plowed his car into a crowd of liberal counter-protesters in Charlottesville on Saturday, killing one person and injuring twenty more?

Yes it was … and we believe neo-Nazi James Alex Fields, Jr. should be held accountable for the crime he committed.

In fact if found guilty by a juror of his peers, we believe Fields should pay for that crime with his own life.

Did Trump’s comments sate the PC-lust of America’s increasingly rabid far left?  No … they attacked him, more proof that you “can’t negotiate with tolerance.”

Trump was further pilloried the following day when he had the audacity to suggest that racism and hatred flow in multiple directions – that it’s not just white supremacists who hold hate in their hearts and use it to hurt other people.

In the patently illogical universe of liberal orthodoxy – whose tenets are reflexively regurgitated by Democratic and “Republican” politicians and their mainstream media mouthpieces – hate only goes one way.

To them, racism has become exclusively a white-on-black phenomenon.  And if you refuse to accept that premise, if you refuse to march in lockstep with their demonstrably hypocritical, leftward-lurching groupthink, if you refuse to bow to government’s increasingly Orwellian thought policing of any countervailing opinions – then you are a racist.

That, friends, is bullshit.

And just as this website led on the issue of removing the flag two years ago, we will lead today in the fight against this textbook double standard.

Here is the bottom line …

If you believe one form of racism is morally superior (or inferior) to another, then you are a racist.

And if you are a racist (by and definition), that’s okay.  We live in a free country (for now), which means people are allowed to be racist if they want to be.

So long as the exercise of these beliefs do not impose on another’s life, liberty or property, Americans must always remain free to believe they choose.

THAT is true tolerance.

Most importantly (as we noted in our column following the Charlottesville tragedy), this website will continue leading in the fight to expose the real enemies in our society – the institutions conspiring to hold back Americans of all races (particularly black Americans) from realizing their full potential.

“What we are bearing witness to is not white versus black – nor is it right versus left – it is serf versus serf,” we wrote.

Don’t be a hypocrite.  Don’t let them divide you.  Wake up.  We’re all in this together, people.