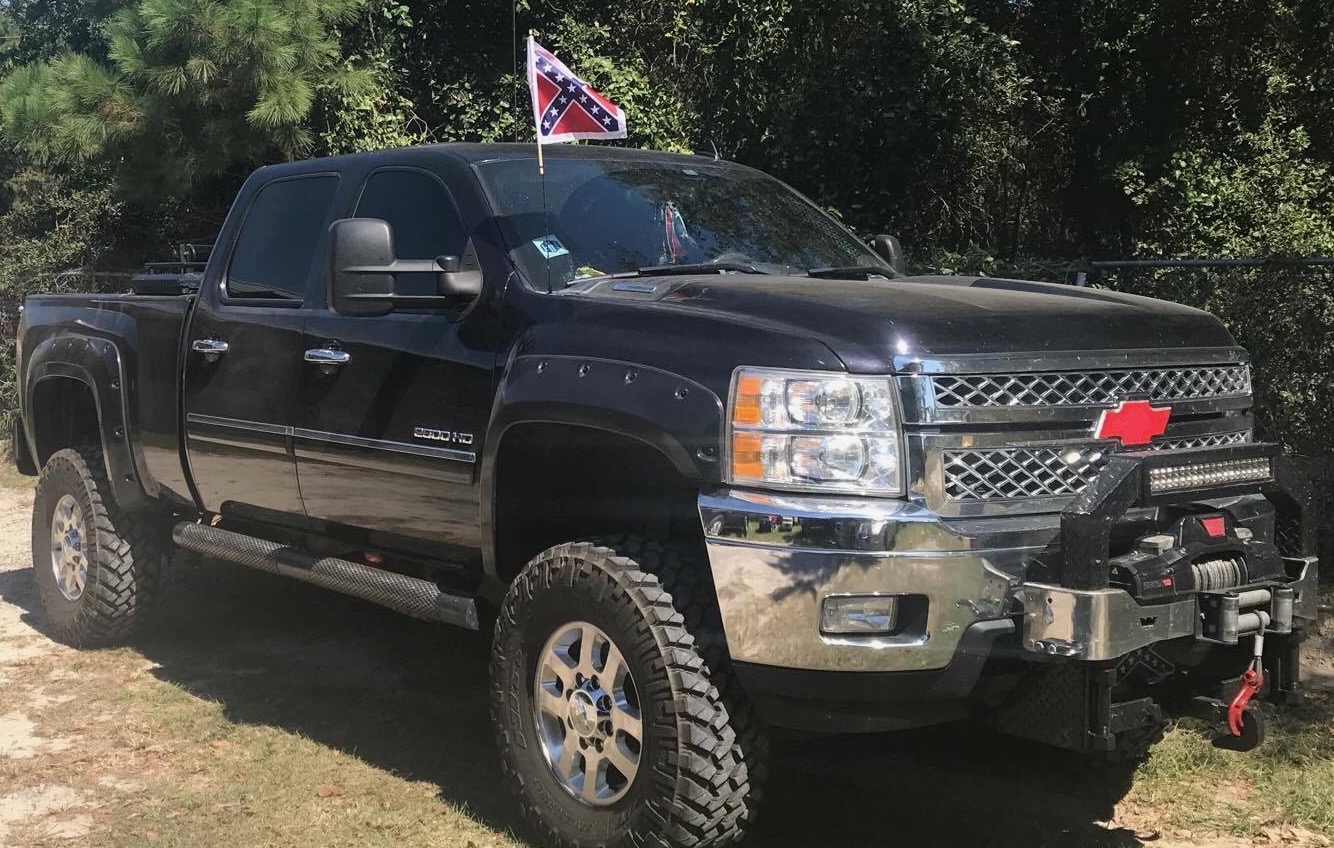 One of South Carolina’s most prestigious private schools is waging war against a parent for displaying the Confederate flag on his vehicle.  The school is even threatening to have the parent arrested if he fails to stop displaying the banner on its campus.

Heathwood Hall – an episcopal school located just south of downtown Columbia, S.C. – has been engaged in a protracted fight for over a year now with Rhett Ingram, a parent who refuses to remove a small rebel flag from the antenna of his Chevrolet pickup truck.

The drama began last May when Ingram affixed the battle flag of the Army of Northern Virginia to his truck in honor of Confederate Memorial Day – drawing a sharp rebuke from school officials.

“You’re flag isn’t welcome,” Heathwood headmaster Chris Hinchey allegedly told Ingram as he waited in the car line to pick up his children last May.

Ingram declined to remove the banner – prompting an ever-escalating response from school officials.

This May, Freeman Belser – a member of Heathwood’s board of trustees – allegedly followed Ingram’s truck from Heathwood’s campus to the S.C. State House and confronted him about his flag.  According to a recap of the incident published by the S.C. Secessionist Party, Belser “began to rant” at Ingram – who was reportedly shocked to discover someone from the school had followed him.

In response to Ingram’s refusal to remove his flag, last week Heathwood adopted a new school policy on the display of flags on its campus.

According to the school’s resolution, “students, parents, employees and guests will not be permitted to fly, display, or wave flags or banners of any size or type at any time while on campus, including on their automobiles.”

Despite the new policy, Ingram continued to display his rebel banner – which resulted in him receiving a trespassing notice on Monday from an attorney representing the school. 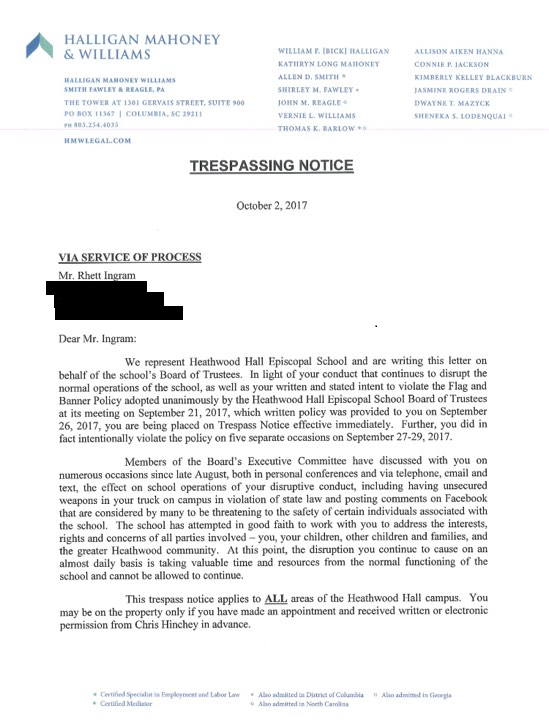 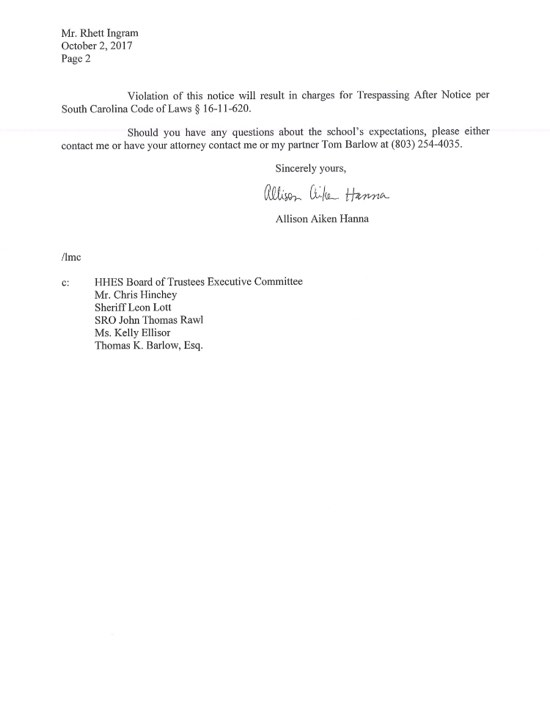 In the letter, written by attorney Allison Aiken Hanna, Ingram’s violation of the flag policy is referenced.  Beyond that, he is also accused of having “unsecured weapons” in his truck and posting comments on social media “considered by many to be threatening to the safety of certain individuals associated with the school.”

“The disruption you continue to cause on an almost daily basis is taking valuable time and resources from the normal functioning of the school and cannot be allowed to continue,” Hanna wrote.

To be clear: This website supports the right of private schools to enforce whatever prohibitions on students, parents, teachers, administrators they deem appropriate.  Unlike the Palmetto State’s government-run failure factories, private schools are accountable only to the marketplace.

That goes for the academic outcomes of their students as well as extracurricular matters like this.

Accordingly, whatever we may think of Heathwood as an institution, the liberal national church under whose auspices it operates, or its new policy regarding flags … we believe they are in the right in this situation.

Or at least within their rights …

“It is incumbent on every defender of Southern Heritage to speak up the moment these types of injustices and cultural attacks become known,” the group noted in its post.  “Indoctrination of the children is a tactic as old as conflict itself and facilities like these that become breeding grounds for such intolerance should not be supported.”

Stay tuned … we’ve reached out to both sides regarding this ongoing story and look forward to providing updates in the days to come as this drama plays itself out.

UPDATE: According to our sources, Ingram has pulled his children from Heathwood Hall.

UPDATE II: It appears as though Ingram has posted some interesting items on his Facebook page. Read our updated report on this situation HERE.