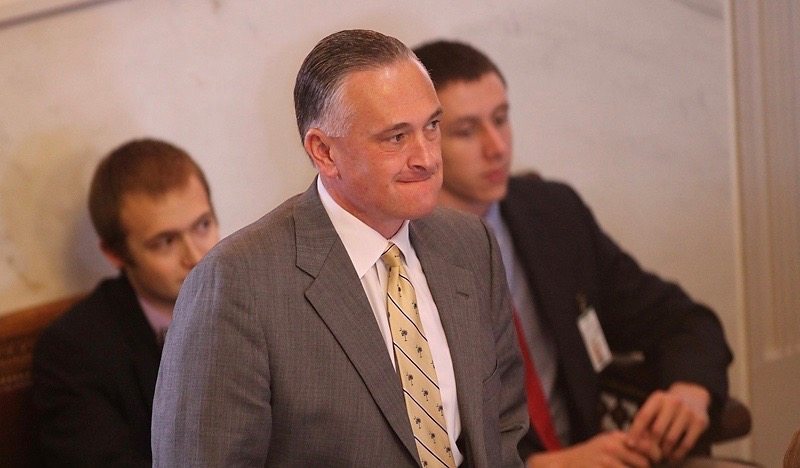 Last week, S.C. circuit court judge William P. Keesley issued his long-awaited ruling in this case – deciding against putting this news site’s founding editor Will Folks in jail or imposing monetary sanctions against him for refusing to rat out his sources.

Bingham apparently doesn’t agree, though.  And so on Thursday his attorney Johnny Parker – who just last week claimed Keesley’s ruling was a victory for his client – filed a motion asking the judge to reconsider his order.

According to Parker, Keesley should “amend (his) Order to find Folks in civil contempt.”

“If the Court does not hold Folks in civil contempt, the sanction should be such to adequately penalize him for his willful non-compliance with a court order,” Parker wrote in his motion (.pdf).  “Folks should not win on every count for violating a Court’s Order.”

Parker seems to be upset because “(Folks) and his counsel publicly stated that they believe (Keesley’s ruling) is a complete victory for them.”

Really?  That’s funny … in an interview with Corey Hutchins of The Columbia Journalism Review just last week, Parker claimed Keesley’s ruling on the source protection issue “means our side wins.”

Hmmm … which is it, we wonder?

Our founding editor’s thoughts on the latest developments in this case?

Folks’ attorneys will be drafting what is hopefully a more cogent response to Bingham’s motion in the coming days.  We’ll obviously share that document with our readers once it has been acknowledged as having been received by Keesley’s office.

In the meantime, though, it looks as though our founding editor is once again back on the hot seat …

McCormick Correctional Institution: Inside The Violence