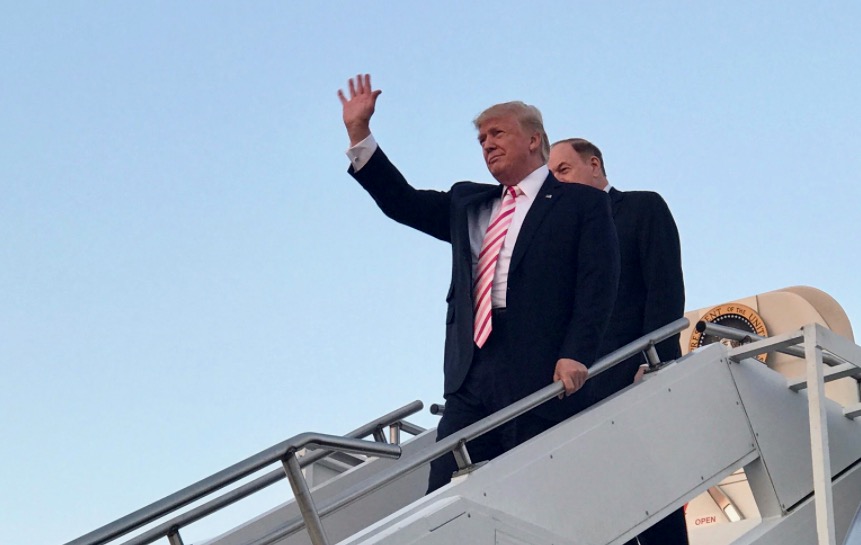 Moore, a strident social conservative, is currently drawing the support of 57 percent of GOP primary voters – well ahead of Strange’s 41 percent.  That’s nearly double Moore’s edge in the most recent Real Clear Politics spread, which had him leading Strange by 8.8 percentage points.

Cahaly’s poll was conducted Saturday and Sunday, and included 1,073 likely Alabama GOP primary voters.  Its margin of error was plus or minus 2.98 percent.

Why do we care about this race?  Well, as we noted in our coverage last month, Trump’s endorsement is expected to figure prominently in next spring’s “Republican” primary election for governor of South Carolina.

Incumbent GOP governor Henry McMaster – who is running for a full, four-year term next June – owes his job to Trump.  And after a rockier than expected start to his 2018 gubernatorial campaign, the aging establishment politician is once again relying on Trump to pull his political irons out of the fire.

Things haven’t turned out that way … at all.

McMaster has been badly damaged by his proximity to an ongoing multi-jurisdictional investigation into corruption in state government.  As a result, he has drawn multiple credible challengers – most notably one from Lowcountry attorney Catherine Templeton.

McMaster’s one saving grace?  Trump … who is supposed to come to the Palmetto State this fall and endorse his flagging gubernatorial bid.

Memo to McMaster’s campaign: Better have a “plan B.”