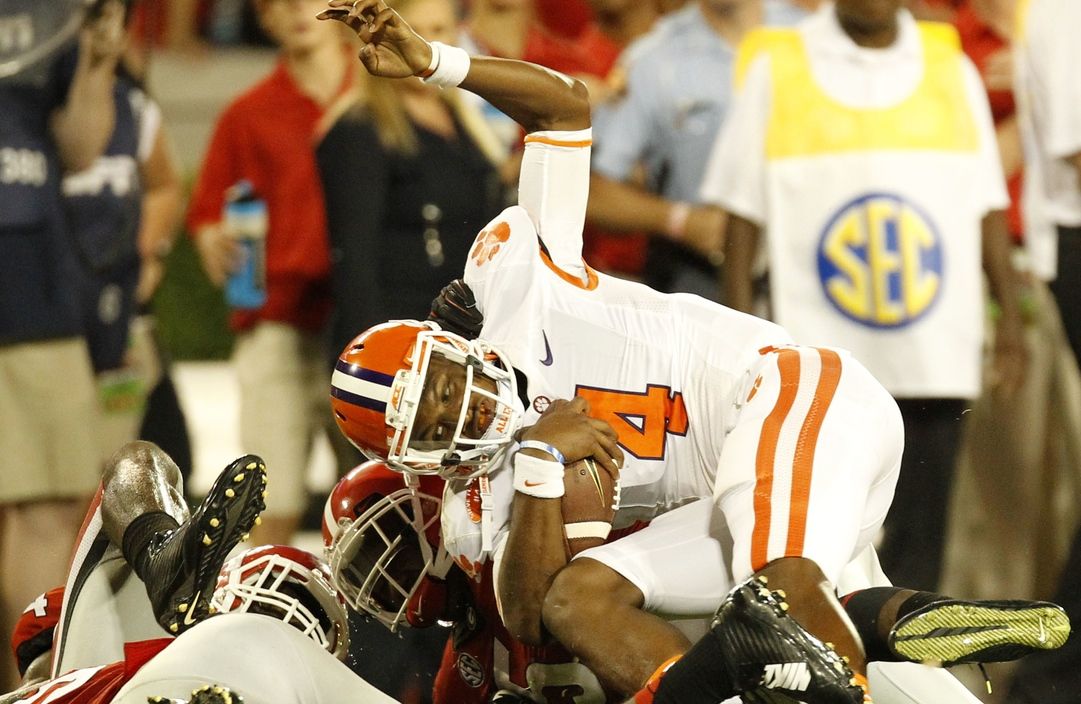 The true freshman phenom – making his first start after suffering a broken finger against Louisville on October 11 – sustained a serious injury to his left knee on the Tigers’ third possession against Georgia Tech in Atlanta.

Watson – whose own right leg appeared to make contact with his left knee on the play – fell awkwardly at the end of a seven-yard gain deep in Yellow Jackets’ territory.  He able to walk off the field under his own power but was quickly taken to the locker room by Clemson trainers for further evaluation.

ESPN sideline reporter Jeannine Edwards noted Watson was in “discomfort” and was “visibly upset” when trainers were examining his knee. During halftime, Watson was ruled out for the remainder of the game.

He was five of seven throwing for 27 yards and had rushed for 40 yards on seven carries against Georgia Tech prior to his injury.

Clemson’s offense has struggled without him in the lineup, but still managed to post a 4-0 record since his injury with senior Cole Stoudt running the offense.