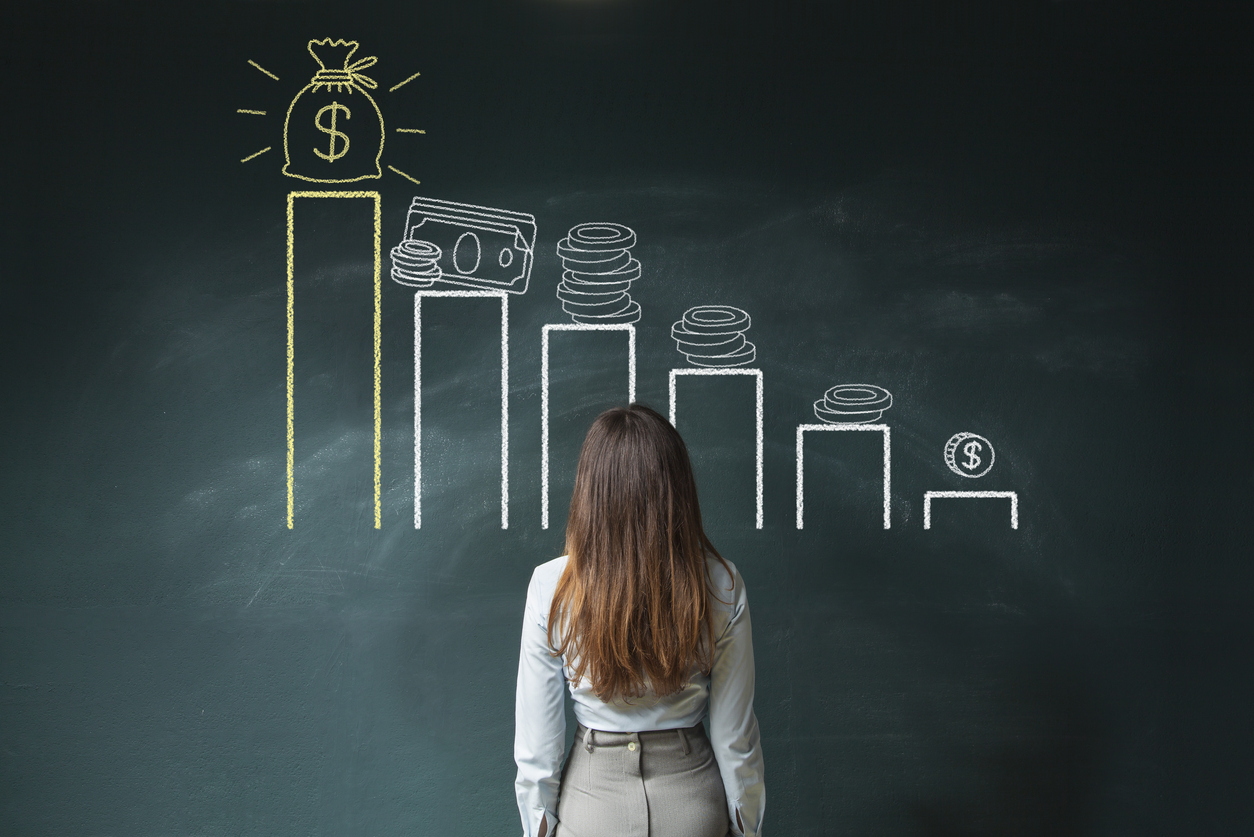 “Wishlist” is one of our favorite Pearl Jam songs.  The fifth track (and second single) off of the band’s fifth studio album, Yield, it was released in May of 1998 and climbed to No. 47 on the Billboard Hot 100.

The song showcases the band’s lead singer Eddie Vedder at the peak of his lyrical game – hopeful, nostalgic, evocative.

That’s the way this website views things.  It may not seem like it sometimes, but we genuinely want to be optimistic about the world in which we live.  Unfortunately, not all of the news is good.  Hardly any of it is.  Sometimes it is downright tragic.

Even more troubling, of late?  The blurry prisms through which people view it …

Ultimately we have a commitment to telling the truth as we know it.  To calling things like we see it using the best information and analysis at our disposal.

Anyway, that’s our way of diving into the latest data on median household income from the U.S. Census Bureau.  Quite roundabout of us, huh?  Indeed …

These numbers matter, though, because they measure one of the most important outcomes in our society: How people are doing economically.

That’s why we cover this data so closely … and why we pay especially close attention when it is manipulated.

Of course in addition to manipulating these numbers, another way of hiding the truth is failing to present them in their proper context … something our nation’s mainstream media outlets do habitually.

Take the recent news that median household income in the United States (adjusted for inflation) rose 3.2 percent last year to $59,039 – finally clearing its former high-water mark from seventeen years ago.

The narrative coming out of Washington, D.C. (and from the corporate media) is that the country has officially bounced back from the Great Recession.

In fact, here’s a chart from Wolf Street showing exactly where the income gains have been going … 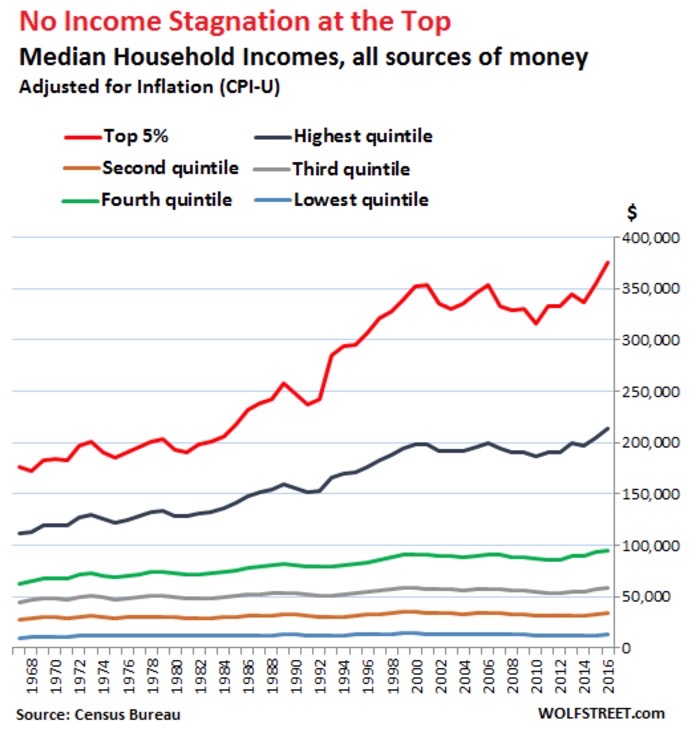 That, ladies and gentlemen, is crony capitalism at work.  It’s also one of the more compelling indictments of the far left’s fantasy world – in which massive expansions of government spending (and debt) improve outcomes for the poor and lower-middle class.

Not even a little bit …

Households in the third lowest quintile (40% to 60% on the income scale, purple line) have now finally squeaked past their prior income peak in 2000, but by less than 0.5%.

For a majority of those participating (or trying to participate) in the U.S. consumer economy, there has been no recovery.  In fact, these income earners were treading water even before the Great Recession hit.

Did the bailout-happy administrations of George W. Bush and Barack Obama help them out after times got tight?  Hell no …

No wonder so many of them have been forced to subsist on debt during these lean years?

And no wonder ensuing economic growth has been so stagnant …

“For an economy based on consumer spending, strangling the incomes of 80 percent of those very consumers on whom the economy relies for growth, while bailing out and enriching a tiny group at the top, doesn’t quite appear to be an effective economic model over the longer term,” noted Wolf Street‘s author, Wolf Richter.

Indeed … which makes the current debate over tax relief for these “lower quintiles” so critically important.

It’s especially important for those of us living in dirt poor states – like South Carolina.

As we noted in our recent coverage of the Palmetto State’s income levels, South Carolina was one of fifteen states in the country in which the top one percent of income earners captured all of the income growth between 2009-2013.  It was also one of only ten states in the nation in which the top one percent of all earners saw their incomes climb by double digits from 2009-2013 while the bottom 99 percent saw their incomes fall over the same time period.

“Republicans” and Democrats in Washington, D.C. (and in state capitals across our once-proud land) can continue conspiring to subsidize welfare at both ends of the income spectrum if they wish.  That’s their choice.

Tops on our “wishlist?”  Real leaders who are willing to eschew partisan labels, dispense with political spin, rebuke special interests (and their bought-and-paid for MSM mouthpieces) and start telling the truth about our real economic numbers.