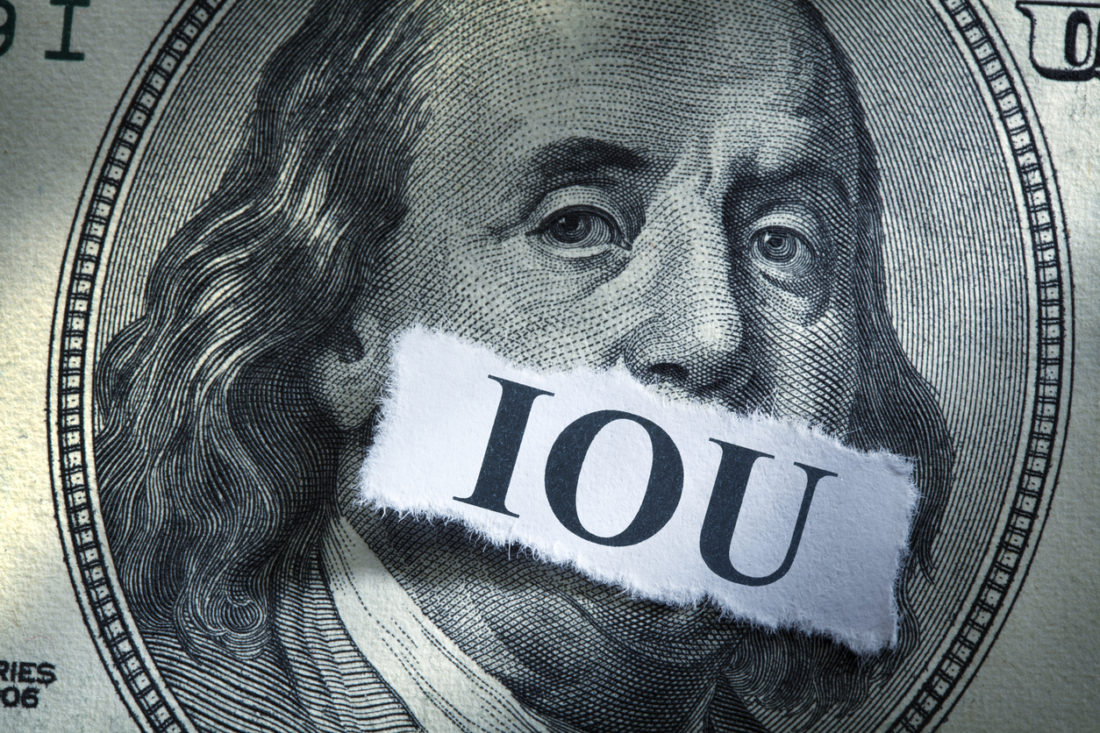 Earlier this month we wrote our traditional hand-wringing piece regarding the federal government’s debt officially eclipsing the $20 trillion mark.  And yes, it used words like “unsustainable” and “ever-escalating” – two tried and true rhetorical descriptors in our broken record rage against the Washington, D.C. red ink regime.

But in addition to our rhetorical spleen-venting (we do get worked up about these things), we tried to provide some practical context for this startlingly high figure – specifically the annual obligation it is imposing on U.S. taxpayers.

We’re referring of course to interest payments, which is the amount of money we have to spend in the here and now to maintain government’s astronomical (there’s another rhetorical descriptor) level of debt.

As we noted in our coverage, over the last eleven months the federal government has spent $434.63 billion on interest payments on the debt, according to U.S. Treasury data.

“That’s a staggering sum, and it’s only increasing the deeper in debt our nation becomes,” we noted. “That money cannot be spent on core government functions (or debt reduction).  It simply vanishes into the ether of decades of bad decision-making.”

This week, Printus LeBlanc of Americans for Limited Government (GetLiberty.org) posted an excellent column digging deeper into this issue.

So within three decades, one out of every five dollars sent to Washington, D.C. will go toward interest on the debt.  Within ten years, interest payments on the debt will top $1 trillion annually – which is amazing when you consider that the entire federal debt was less than $1 trillion as recently as 1981.

Also worth considering?  The interplay between these numbers and the looming entitlement implosion.  These dramatic increases in interest payments on the debt will coincide with the expiration of Social Security and Medicare trust funds – creating impossible strains on the federal budget.

LOL. As we noted in our previous post  there is no solution.  We’re well past that point now.

“Seriously – you can’t tap your brakes and expect something to happen if the vehicle you’re driving has already gone over the cliff,” we wrote.