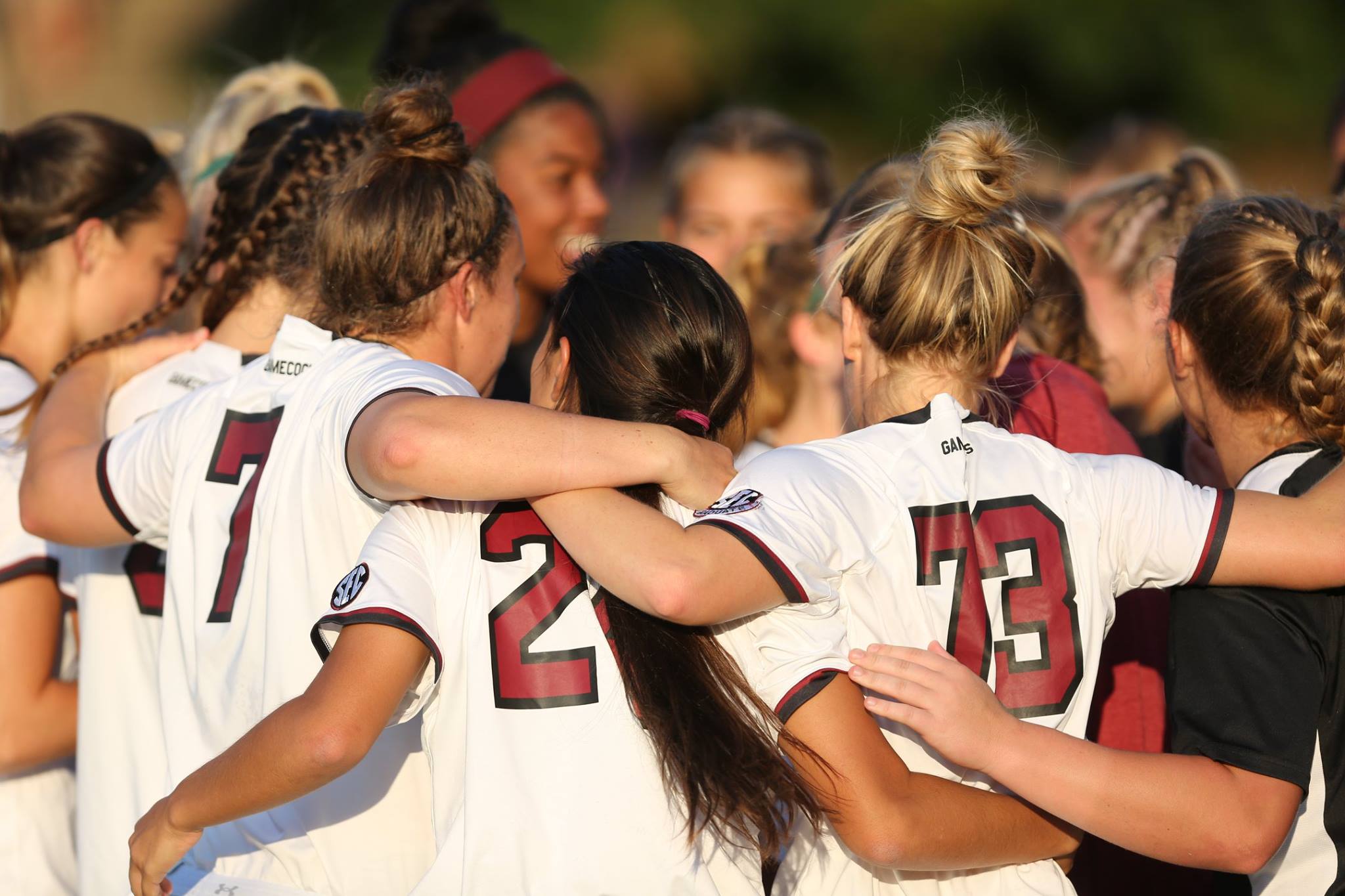 A week ago, fans of the University of South Carolina Gamecocks were riding high.  Their football team was off to a 2-0 start and its top offensive threat – wide receiver/ special teams superstar Deebo Samuel – was emerging as a dark horse Heisman Trophy contender.  The positive buzz translated into the biggest crowd to watch a game at Williams-Brice Stadium in four years.

Then everything came crashing down …

Not only did head coach Will Muschamp’s team get beat by Kentucky (the fourth year in a row that’s happened), but Samuel broke his leg and will miss most (if not all) of the remainder of the season.

Take heart, though, Gamecock fans.  South Carolina did get a big win over Kentucky this week … in women’s soccer.

The No. 3 Gamecocks (8-1-0, 2-0-0 SEC) defeated the Wildcats 1-0 in Lexington, Kentucky on Thursday evening.   Senior forward Savannah McCaskill – a Chapin, S.C. native who went to Irmo High School – got the lone goal of the match in its 80th minute.

After a Kentucky defensive miscue, McCaskill chipped the ball into the top left corner of the net past the outstretched arms of Kentucky goalkeeper Evangeline Soucie.  The goal was McCaskill’s second game-winner of the season.  Meanwhile in the South Carolina net, Gamecock goalkeeper Mikayla Krzeczowski of Douglasville, Georgia recorded her fifth shutout of the season – and perhaps her easiest seeing as Kentucky failed to record a shot on goal.

“It was a great road win,” Gamecock coach Shelley Smith said.  “I am proud of the girls for sticking with it. We stayed with our game plan and eventually got the goal.”

If you want to watch the Gamecock women’s soccer team in action, they play host to No. 21 Tennessee this coming Sunday (September 24).  This Top 25 tilt will be played at 2:00 p.m. EDT at Stone Stadium in downtown Columbia, S.C., with the SEC Network providing television coverage.