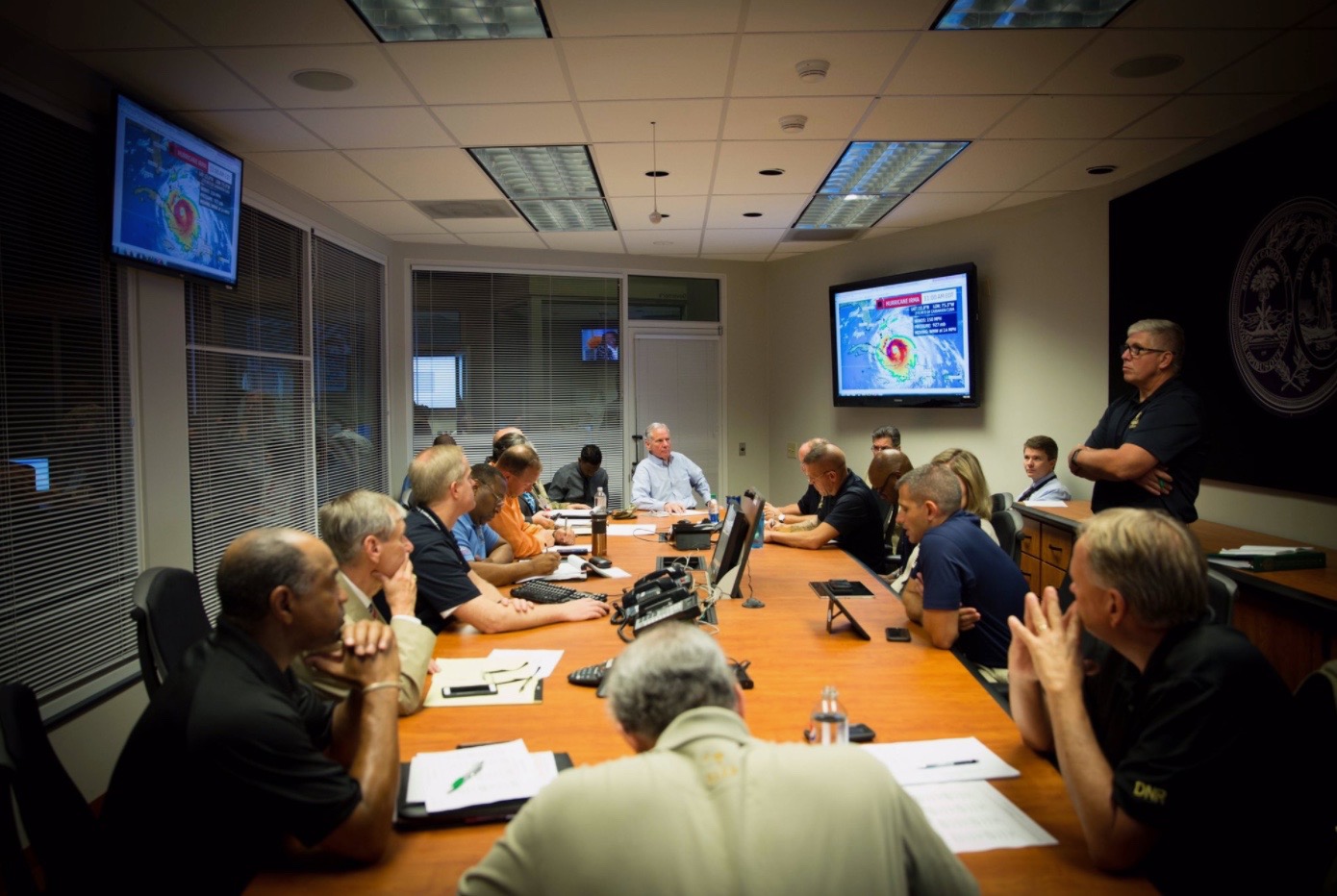 Fortunately for those of us in the Palmetto State, the forecast track of this powerful storm appears to be shifting toward the west …

Hopefully that means South Carolina will be spared the ill effects of this system, not to mention any further televised ass-hattery courtesy of McMaster, a.k.a. #FoghornGovernor.

Say what you want about former S.C. governor Nikki Haley (and this website has said plenty), but she at least put a professional face on the Palmetto State’s disaster response efforts.

McMaster?  Not so much …

In addition to “ooohing, ahhh-ing and guffawing” his way through several live press conferences related to the storm, the 70-year-old chief executive hasn’t exactly been Johnny-on-the-spot when it comes to disseminating accurate information.

Gov. @henrymcmaster tells #SC EOC staff "we know where the eye is, but we don't know where the brain is" on where #Irma will go @wis10 pic.twitter.com/ELn6xGyo33

With all due respect, the hurricane might ask the same question of the governor …

Obviously South Carolina is not completely out of the woods yet when it comes to this dangerous storm.  We’ll continue to track Irma as it makes its approach to the American mainland.

And if McMaster ever finds his … err, its … brain, we’ll be sure to let our readers know.