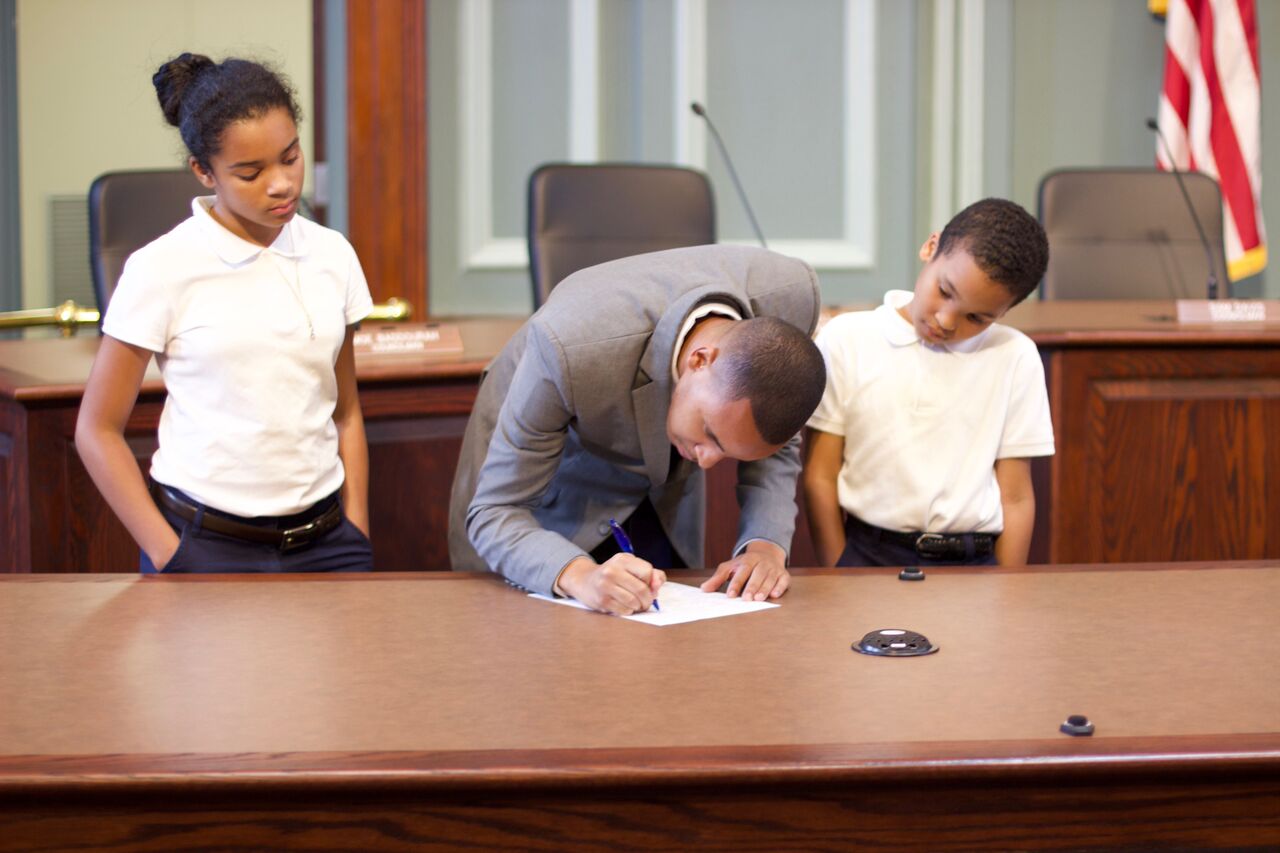 Sullivan’s event drew a bigger crowd than expected, with guests spilling out of the restaurant and into the parking lot.  Although slated to run from 5:30 p.m. until 7:30 p.m. EDT, many guests lingered until after 10:00 p.m. to help Sullivan celebrate his announcement.

Among the local political luminaries in attendance was GOP state representative Kirkman Finlay, who formerly represented Columbia’s fourth district on city council.  Finlay mingled with guests and posed for pictures with Sullivan at the event.

In what is likely to be a spirited campaign against an entrenched incumbent, Sullivan previewed the message he hopes will lead him to victory.

“We’re running on three things: Public safety, economic development, and city services,” he said. “Our current representative hasn’t been doing a good job.  As a result, we have what amounts to a school-to-prison pipeline – not to mention broken bridges between Democrats and Republicans, white and black, young and old.  Our campaign is focused on providing a new approach and rebuilding those bridges so that city government works for all of us.”

Sullivan is the first challenger to enter the race for any open council seat.  The owner of a public relations firm and father of two boys, Sullivan also serves on the Richland County zoning appeals board and the Greater Columbia chamber of commerce’s military affairs committee.

Dr. Sarah Stuchell, a noted Lowcountry mental health expert who attended the kickoff event, stated, “It is great to see a young man like Chris taking an interest in bettering his community.  He is a role model for other young people.  For a community to be vibrant, young people need to get involved in the political process.”

We will keep our readers posted on this race.  As we pointed out months ago, it looks to be the hottest race in the capital city this year.

Ridden with crime, drugs and gangs, the first district is home to numerous dilapidated and abandoned housing complexes.

As we noted in our previous coverage, Davis – who has represented this district since 1998 – is a pocket vote for Columbia, S.C. mayor Steve Benjamin.  Both he and Benjamin have championed spectacularly failed speculative real estate developments (like Innovista and the Bull Street debacle) while allowing core government functions to go woefully underfunded.

Could Sullivan do better?  Honestly our question is this: How could he do worse?