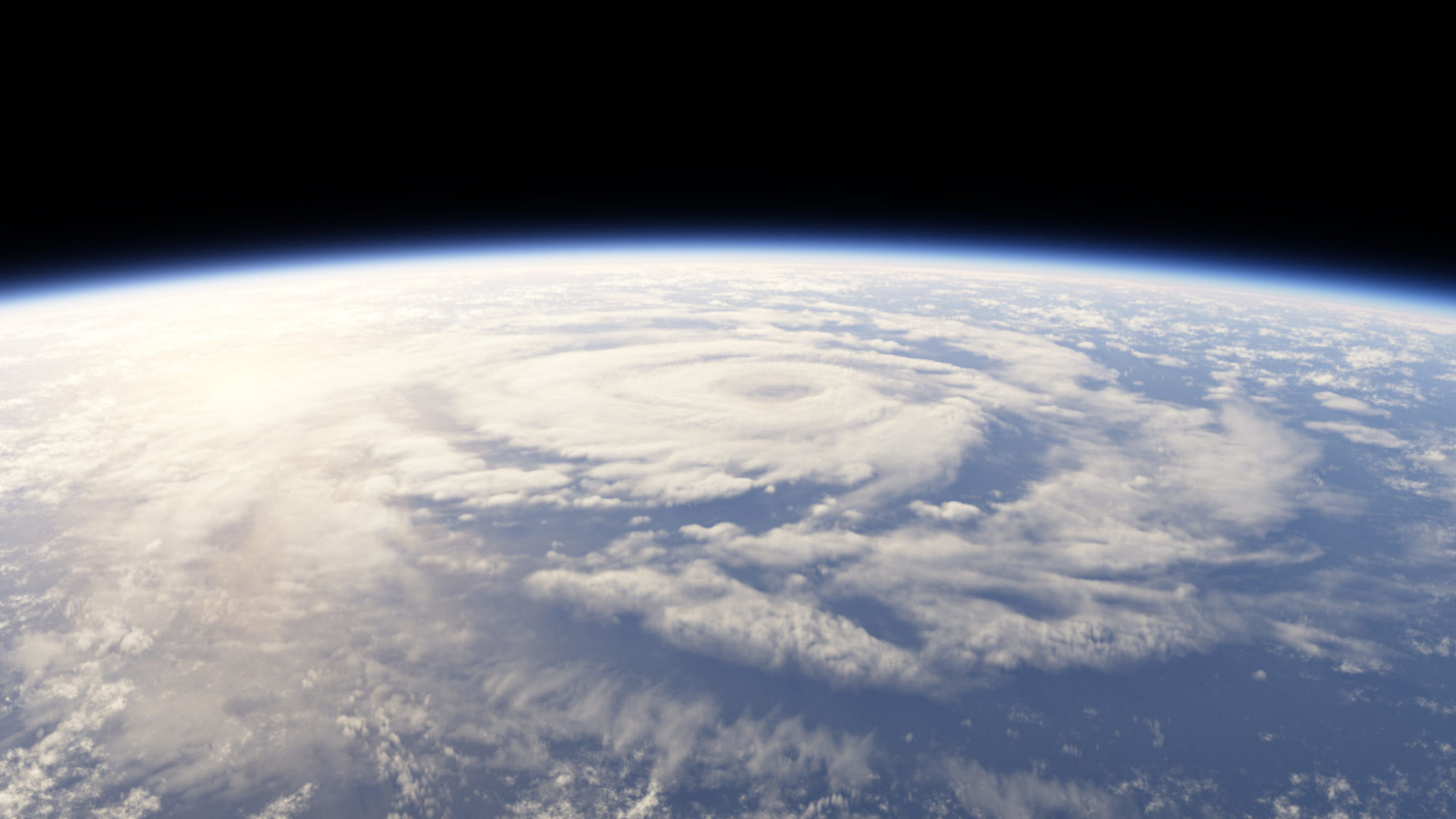 As America (mainly Texas) continues to reel from the unprecedented effects of Hurricane Harvey – likely to be the costliest, most devastating tropical system ever to impact the United States – a new menace is rising in the warm waters of the Atlantic Ocean.

Hurricane Irma is churning toward the Caribbean, and all indications are that the ninth named storm of the 2017 Atlantic season will develop into yet another monster cyclone.

The only question is whether another direct hit is in order …

According to the latest data from the National Hurricane Center (NHC), Irma is packing maximum sustained winds of 115 miles per hour – making it a category three storm on the Saffir-Simpson scale.

And while this storm – unlike Harvey – is offering plenty of advance warning as to its impending arrival, that doesn’t necessarily mean it will be any less devastating.

Take a look at what we’re talking about …

The storm is only going to get stronger, too, as wind and water conditions in the Atlantic are ripe for further tropical development – and the storm is already very well-organized.

“Irma is likely to become a major hurricane and could become a category four well before it reaches the Lesser Antilles,” noted AccuWeather hurricane tracker Dan Kottlowski.  “All interests in the eastern Caribbean will need to monitor the progress of this evolving and dangerous hurricane.”

Obviously it’s way too soon to predict what Irma will do.   It’s still more than 1,700 miles east of the Leeward Islands, meaning it will be several days before forecasters have a chance to assess its likely approach toward the continental United States.

Here’s the current five-day outlook, though … 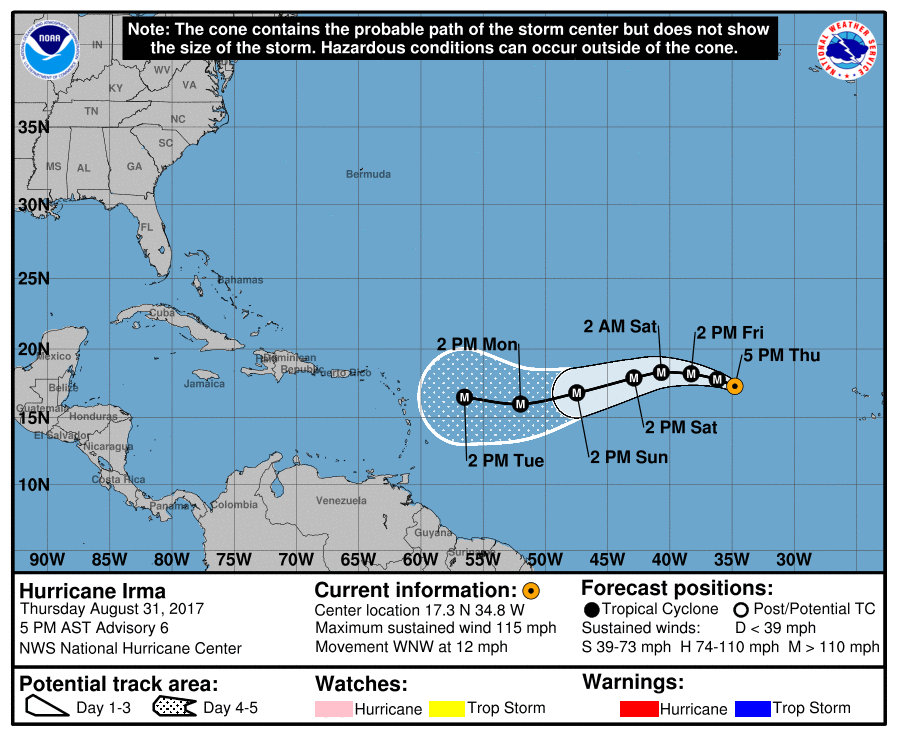 And here is Irma’s projected path …

Bottom line?  This is a storm we will be keeping a very close eye on in the days to come …