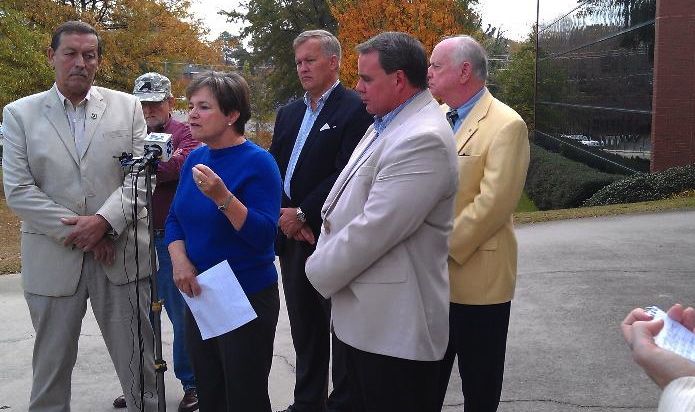 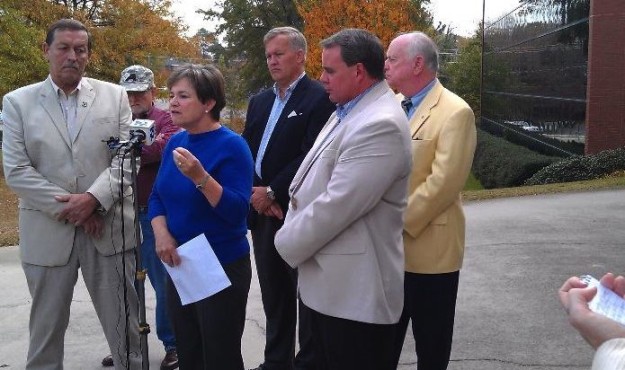 CONTROVERSIAL SALES TAX HIKE COULD BE HEADED TO COURT

A new citizens group is raising money in an effort to challenge the results of this month’s rigged elections in Richland County, S.C.  Not only that, the group is demanding that the county hold a new election in accordance with state law.

Squarely in the group’s crosshairs (and with good reason) is a $1.2 billion sales tax hike that was “approved” by Richland County voters on November 6.  The only problem?  That vote has roughly the same legitimacy as a Somalian presidential election given widespread shortages of voting machines in anti-tax districts.

As a result of these shortages, voters in these precincts were forced to wait in lines ranging from four to seven hours long – which, of course, prompted thousands of them to give up their bid to cast ballots.

“What happened on November 6th was a disgrace,” the group’s leader, Michael Letts, writes in an email. “Thousands of voters were unable to participate in one of the most important elections of our lifetime … all because, for reasons not yet explained, the county’s Elections Director reduced the number of voting machines in our polling places.”

State law requires there to be one voting machine for every 250 registered voters at a precinct.  That law was deliberately ignored by Richland County officials.

“It’s not just the shortage of voting machines that has people outraged,” he writes. “This episode has exposed conflicts of interest surrounding the Elections Director (who has close ties to key operatives for the campaign to pass the county-wide tax increase) and members of the Richland County Legislative Delegation. It also raises questions about the interference of county and state officials in the elections process.”

This was a rigged election, people … with election officials deliberately suppressing turnout in regions of the county that were likely to vote in droves against the tax increase.

Why did tax supporters go to these extremes?  Because two years ago voters rejected this same tax hike by a mere 600 votes.

Not long after that election, powerful politicians in the Richland County legislative delegation (“Republicans” and Democrats alike) voted to remove a veteran election official and replace him with a group of political hacks loyal to supporters of the tax hike movement.

Not only that, $50,000 in public money was earmarked for a “voter education campaign” extolling the virtues of the tax hike.

Supporters of the sales tax increase say its proceeds will fund the continued operation of the area’s money-losing public transportation system (which benefitted from a separate energy tax hike last year) – however that’s not where much of the cash has been earmarked.  In fact $50 million has been set aside for “Innovista,” a spectacularly failed speculative real estate deal run by the University of South Carolina.

The fact that Richland County is certifying this fraudulent election is easily one of the most corrupt things we’re likely to see in our lifetime – which is saying something in a state as corrupt as this one.

Citizens wanting to learn more about how they can help out this group should email [email protected].