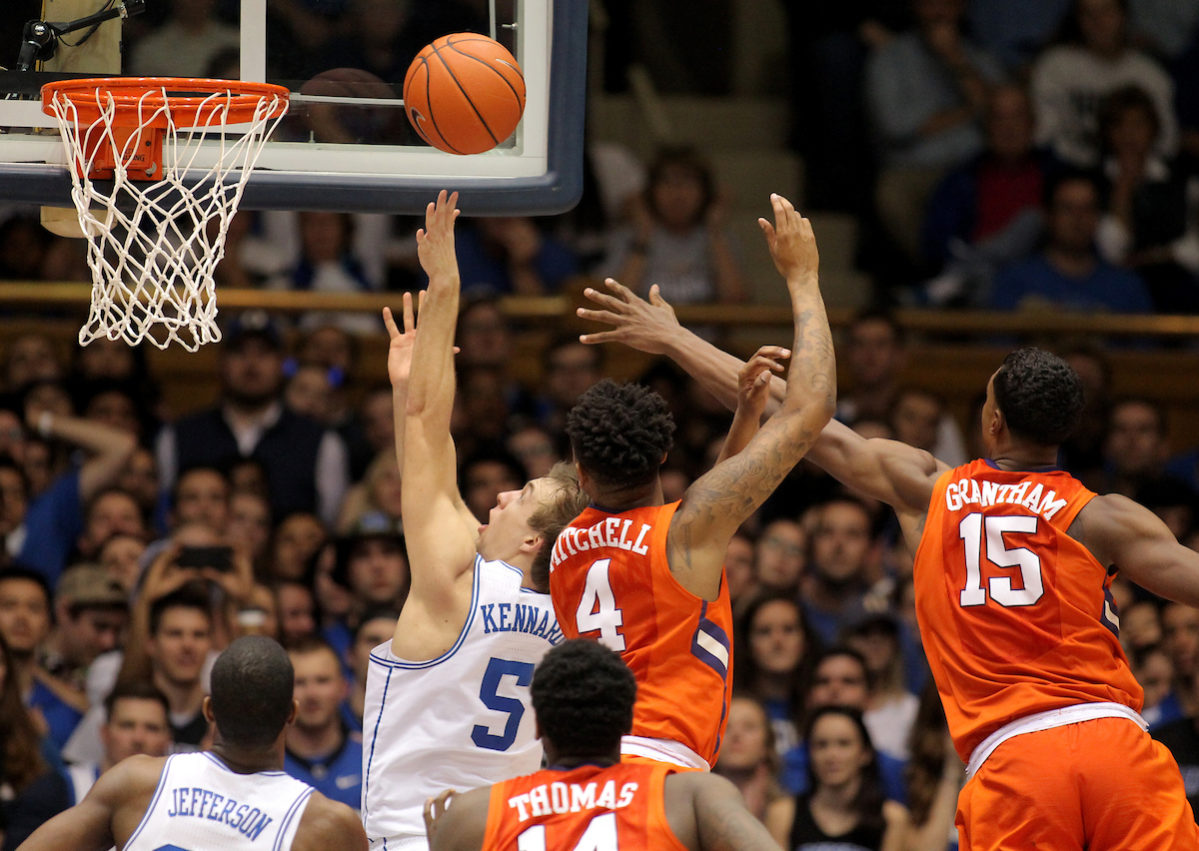 Well, until those fans looked at the buyout portion of Brownell’s contract …

Then it became a lot clearer why he wasn’t fired …

Anyway, if Brownell wants Clemson to stick with him much further, he’s going to have to start winning some games … and earning his program some postseason “dance” invitations.

Last year seemed like it was going to be a breakthrough season for the Tigers.  Led by star forward Jaron Blossomgame (who is now playing for the San Antonio Spurs), Brownell’s team was 11-2 heading into a much anticipated showdown with North Carolina on January 3.  They lost that game in overtime, though (and Brownell lost his cool after the game).

From that point forward, Clemson fell apart – posting a 6-14 record.

We even broke out our old favorite hashtag, #Clemsoning.

Through seven seasons, Brownell is 124-103 – with a 56-66 mark against Atlantic Coast Conference (ACC) opponents.  His team (well, former head coach Oliver Purnell‘s team) made the NCAA Tournament during Brownell’s first season at the helm in 2010-11 – winning a “First Four” game over the University of Alabama-Birmingham before falling in the round of 64 to West Virginia.

Clemson hasn’t been back to the tournament since … and to draw an invitation this coming season is going to be tough sledding.

The Tigers released their 2017-2018 non-conference schedule this week, a slate that includes games against Big Ten powerhouse Ohio State and against Southeastern Conference (SEC) foes South Carolina and Florida – two teams that met in the Elite Eight round of this year’s NCAA tournament.

“It’s a challenging non-conference schedule, but one our program is excited about and should also excite our fans,” said Brownell. “We stack up against some elite competition in preparation for the rigors of ACC league play.”

Clemson will also participate in the Gildan Charleston Classic, which could pit the Tigers against Dayton – another 2017 NCAA tournament team – in the second round.

Our view?  Brownell has his work cut out for him.  He needs to win at least twenty games and make it to March Madness if he wants to hold on to his job – a task that is going to be incredibly difficult against this schedule.