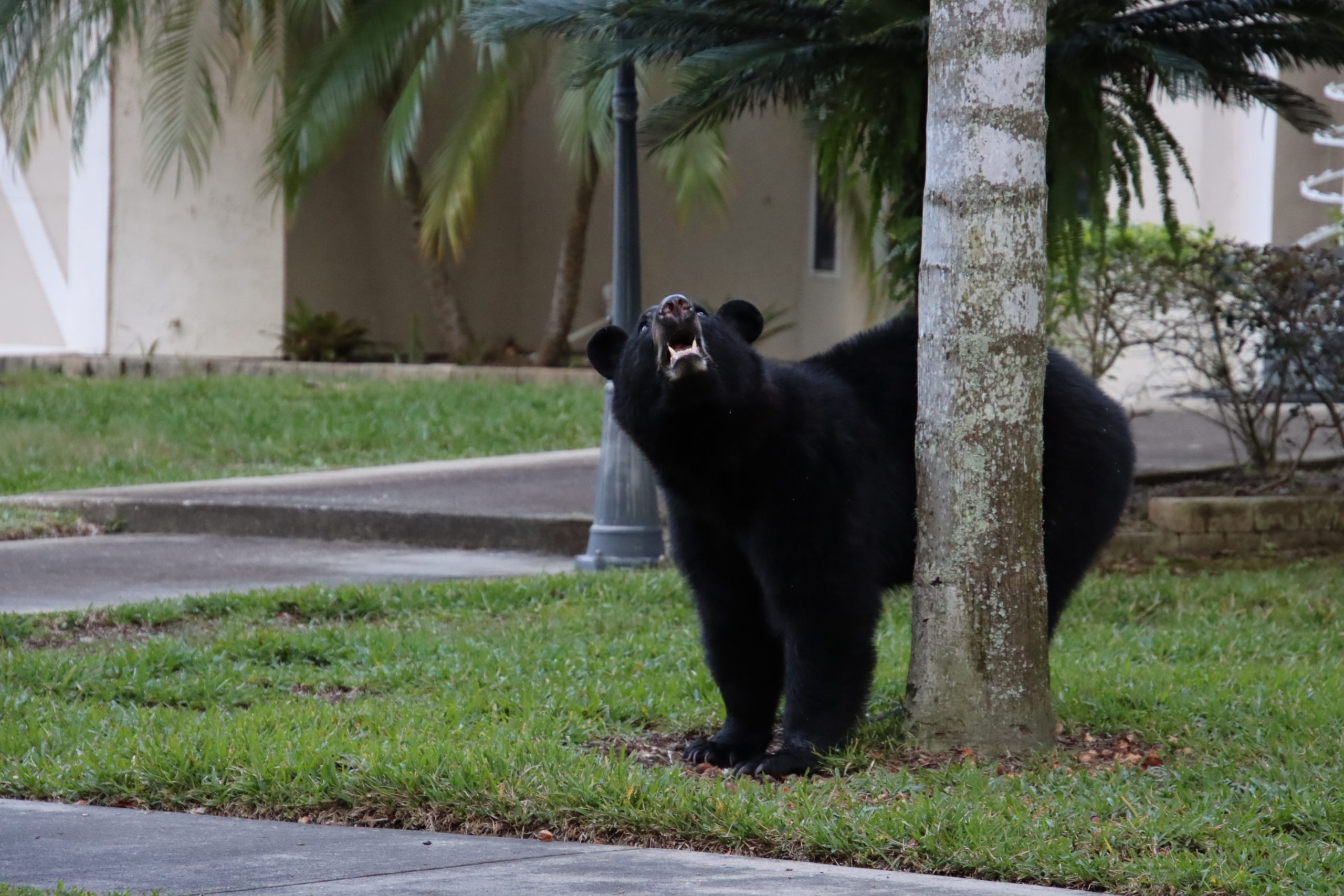 The South Carolina coast has seen a major uptick in black bear sightings recently and experts at the South Carolina Department of Natural Resources (SCDNR) are asking residents to beware as bears are on the move in the spring time.

The number of bear sightings hasn’t been this high on the coast since 2009 — before SCDNR implemented a limited-entry hunting season for black bears in the coastal region.


In 2015, there were only 60 bear sightings/ bear-related calls on the South Carolina coast (which does not necessarily mean 60 different bears — sometimes SCDNR receives three calls for one bear).

On the coast, Horry County had the most bear calls/ sightings in 2020 with 137 — a considerable increase from 2019 when it had 76 calls for bear sightings.

“That marked increase in sightings simply can’t be attributable to (bear) population increase alone,” David Lucas, SCDNR spokesperson said. “It’s really being driven by growth and development, the pace of which is, of course, booming in that region, particularly in Horry County.”

For the last few years, Horry County has consistently ranked among the top 3 fastest-growing counties in South Carolina.

But the population boom is affecting other species besides humans.

“Increasing development is rapidly diminishing the bears habitat,” Kayla Brantley, coastal bear biologist at SCDNR, said. “As the habitat is lost and the human influx continues, bears are being pushed out of their habitat, which results in more human encounters.”


As bear-human interactions will likely increase in South Carolina, here is what you need to know about the state’s largest land mammal.

When you think Myrtle Beach, AKA “the dirty Myrtle,” black bears aren’t exactly one of the first things that come to mind.

However, the “Dirty Myrtle” reputation might have something to do with it.

“It’s not just the development that’s causing an increase of sightings,” Brantley said. “More people  — generally speaking — also equals more trash. If there is an easy meal lying around, a bear will take advantage of it.”

Earlier this month, SCDNR posted a video (below) on Facebook of a family of bears invading a Myrtle Beach backyard and getting into the trash.

In fact, 33 percent of South Carolina black bear encounters were because of trash.

The good news is that black bears are “shy, evasive and non-aggressive toward people,” DNR officials said.

“Neither a human fatality nor even an attack have been attributed to a black bear in South Carolina,” an SCDNR news release said.

However, DNR recommends the following safety tips to keep black bears away from your yard:

If you see a black bear, never approach it. Never run away from a bear, but move away slowly while maintaining eye contact.

“Bears can run as fast as a racehorse both uphill and down,” National Parks Service officials said. “Like dogs, they will chase fleeing animals.”

Where are black bears in South Carolina?

Actually, black bears have been sighted in all but one county in South Carolina (shoutout to Bamberg County, home of no bears), according to SCDNR.

Compared to coastal counties, the Upstate region typically sees about double the amount of bear-human contacts every year. In 2019, there were 250 black bear sightings in the Upstate and in 2018, there were 391.

What do black bears eat?

Black bears eat both plants and animals. They can kill deer, fish, and sheep, but also like fruits, berries, and insects.

How big are black bears?

However, the largest black bear ever recorded in the Palmetto State was 609 pounds, according to SCDNR.

Can You Kill A Black Bear In South Carolina?

Bear hunting is legal, but very limited in South Carolina. Hunters must obtain both a big game permit and a bear tag from SCDNR during bear season.

It is illegal to buy or sell any bear parts in South Carolina. Violators face up to two years in prison or a $2,500 fine.

How long do black bears live?

Black bears don’t live very long lives — their average age of death is around 18 years old, according to SCDNR. They start breading around age 3 in the months of June and July in South Carolina.

Cubs are born in January or February in South Carolina and stay with their mothers until they’re about 18 months old.