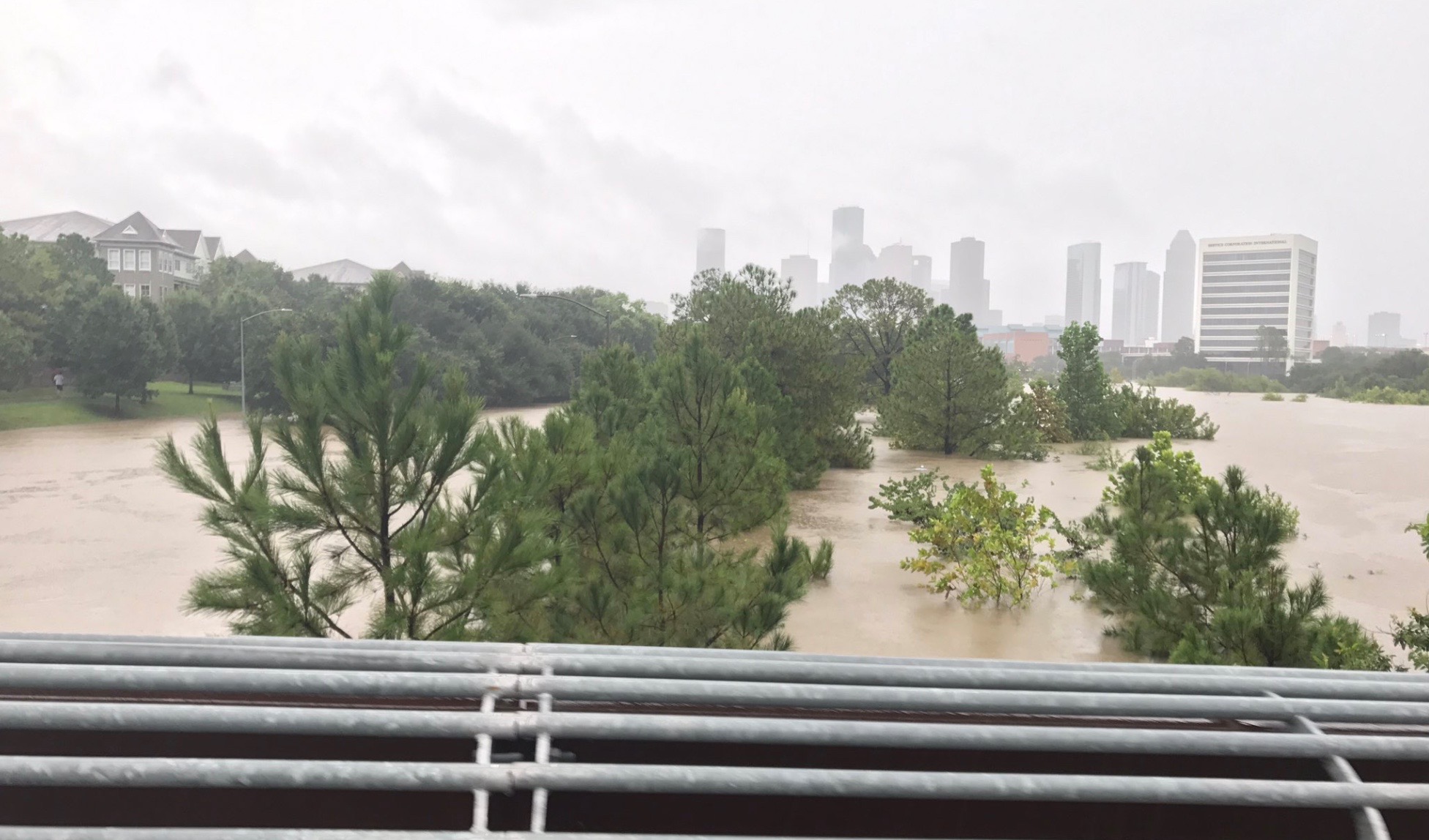 America’s fourth-largest city found itself underwater as rainfall from Hurricane Harvey battered Texas for a third straight day on Sunday.

And the deluge is only just beginning …

Houston continued to be pounded by torrential rainfall associated with the history-making tropical system – which has been hovering in place ever since it came ashore late Friday.  At least two feet of rain had fallen in Houston as of Sunday morning, with several feet of additional rainfall expected over the next twenty-four hours.

“This could be the worst flooding disaster in U.S. history,” meteorologist Greg Postel told The Weather Channel.

Five people were already reported dead from the rising floodwaters, a total that is expected to rise significantly in the days to come.  Meanwhile, more than 1,000 people were evacuated from their homes – including dozens of children.

“Rainfall across Harris County has continued to intensify, with rainfall totals in the last three to six hours that have greatly exceeded our 500-year rainfall levels,” noted an early Sunday advisory from the Harris County Flood Control District.

In some parts of the city, more than a foot of rain fell in the span of just three hours …

The latest forecast models show the worst is yet to come, too.

An additional 20-30 inches of rain is projected to fall in the Houston area over the next 2-3 days – what meteorologist Daniel Swain referred to as a “genuinely horrifying scenario.”

Add it all up and that’s more than fifty inches of rainfall … the most precipitation associated with a tropical cyclone in recorded U.S. history.

Related Topics:FeaturedHurricane Harvey
Up Next