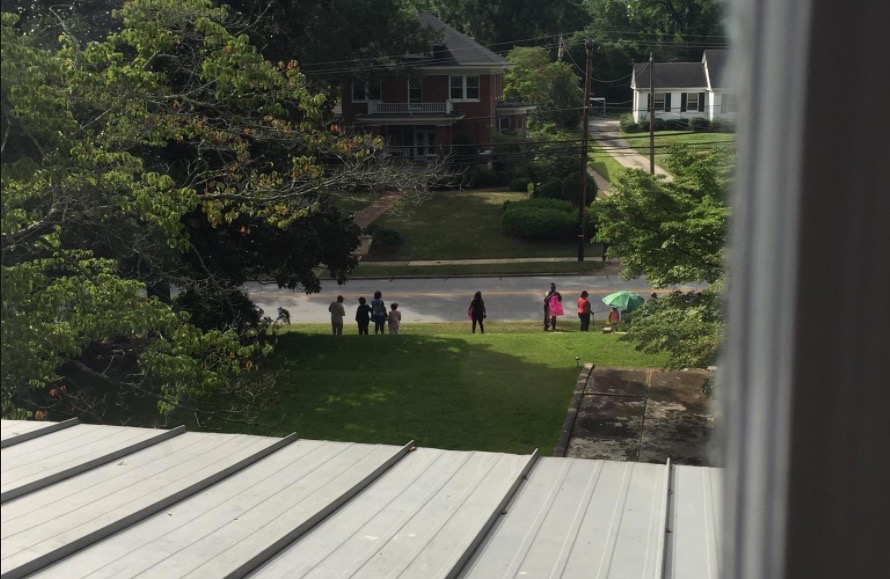 A prominent white opponent of a proposed tax hike in Laurens County, South Carolina had her home picketed by black protesters over the weekend.

And yes, the “race card” was played …

Dianne Belsom, a limited government leader who lives in Laurens, S.C., was targeted on Saturday (July 29) by a group of black protesters.  One of them, a local pastor named David Kennedy, accused Belsom of being a racist because she doesn’t want to see property taxes raised in connection with a controversial $109 million school construction referendum for Laurens County School District 55.

That vote is scheduled for September 5.

“They stood on the sidewalk holding signs and Kennedy screamed into a bullhorn,” opponents of the referendum noted.  “Dianne was apparently targeted due to her opposition. She was called a racist.”

The group – Stop Laurens District 55 Tax Hike – referred to the protest as “a despicable action.”

“Apparently, if you oppose your taxes going up to fund a new high school, you are a racist,” Belsom wrote on her Facebook page.

Apparently the race card is being played all over this rural Piedmont county – which is located just south of Greenville and Spartanburg counties.  Why?  Ostensibly because the leading proponent of the referendum – district superintendent Stephen Peters – is black.

School board member Terri H. Martin – a white supporter of the tax hike – has posted multiple comments on social media implying that opponents of the tax hike are racist.

“Sadly, many (people) can’t get past color,” Martin wrote in response to a social media post on the referendum last week.

Asked to elaborate, she confirmed she was referring to skin color.

“Some people have a problem with the color of others skin,” Martin wrote.

South Carolina representative Mike Pitts has had enough of the allegations.

“The race card is the final play of liberals when they know they are losing,” Pitts wrote in a post supporting Belsom. “Before this is over Dr. Stephen Peters will have racially divided this school district just as Barack Obama divided our nation.”

As we noted in our prior coverage, this district doesn’t need gleaming new taxpayer-subsidized facilities – it needs market pressure brought to bear on its chronic failure.

These results are simply unacceptable, and to think more money and new facilities is going to somehow turn them on is ludicrous … yet sadly par for the course in this state, where the motto of our worst-in-the-nation government school system might as well be “Mo Money, Mo Failure.”

Anyway … Laurens County residents wishing to vote in this election on September 5 must register by this Friday, August 4 (or have their applications postmarked no later than August 6).

Got something you’d like to say in response to one of our stories? In addition to our always lively comments section (below), please feel free to submit your own guest column or letter to the editor via-email HERE or via our tip-line HERE …
Banner via Text