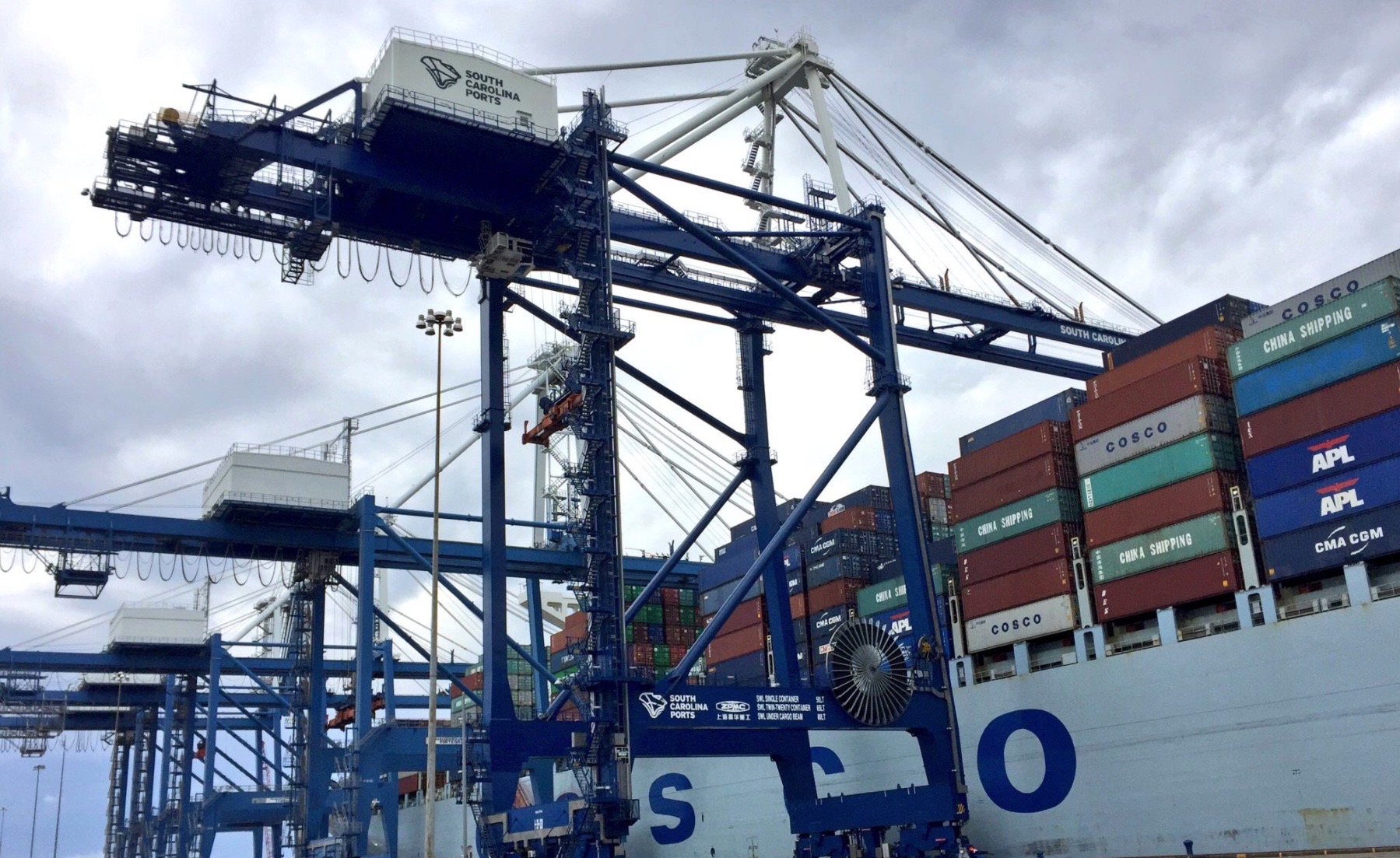 As this website has chronicled on numerous occasions, there is a battle raging among America’s deepwater port facilities along the east coast.

Who is winning that battle?  Savannah …

According to the latest North American Free Trade Agreement (NAFTA) port rankings, the Georgia port was America’s fourth-busiest in 2015 and 2016 – handling 7.4 million twenty-foot equivalent units (TEUs) during that time period.

Meanwhile the port of Charleston – which used to be the nation’s fourth-busiest facility – ranked No. 11 in each of the past two years, handling 3.9 million TEUs over that stretch.

Here are the numbers … 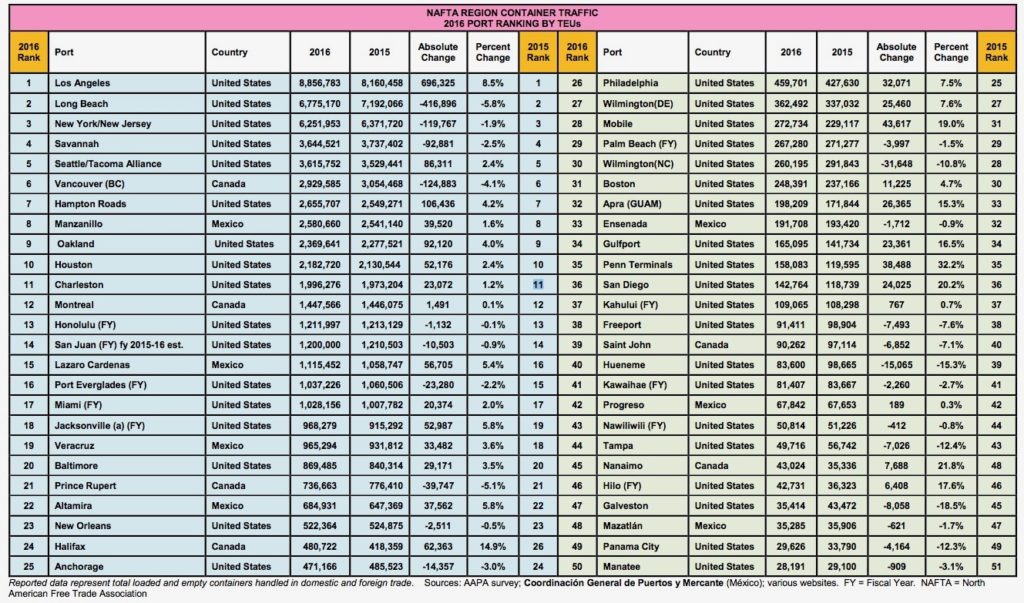 New data is expected to be released soon, prompting one industry expert to express concern about Charleston’s competitive position.

“If the 42-foot deep Savannah regains its lead on Charleston in terms of absolute change and Hampton Roads (Norfolk) continues to dominate Charleston both in ranking and absolute change that will be a clear indication that dredging deeper in Charleston will not allow the port to regain its position and that the poor road connectivity and lack of on-dock rail service to Charleston’s main container terminal have combined to strike a blow from which the SPA may not recover,” the expert told us.

Should South Carolina taxpayers who have invested heavily in port infrastructure be worried?  Yes …

As we’ve noted in our prior coverage, global shippers are reconfiguring their routes – and Charleston stands to lose ground in that process.  According to a recent report from Drewry, a London-based maritime research firm, ports in Virginia and Georgia will each receive an estimated 20 inbound and 20 outbound calls per week from vessels affiliated with one of the big three shipping alliances.  Charleston will only receive around 14 inbound and 14 outbound calls per week from alliance vessels.

And let’s not forget how Georgia’s port benefitted tremendously from former governor Nikki Haley’s infamous “Savannah River Sellout” – which gift-wrapped a competitive advantage for the government-run port of Savannah while effectively killing any chance for the construction of a deepwater port in Jasper County, S.C.

Don’t get us wrong: This website was pleased to see Charleston post record numbers last year in terms of cargo – and leaders at the S.C. Ports Authority (SCPA) are to be commended for their efforts.

Unfortunately, South Carolina’s rivals are continuing to match if not exceed our state’s growth … and could take even bigger steps ahead of us in the years to come.

The solution?  As we’ve been saying for over a decade now, get government out of the port business.  The longer we permit bickering government appointees to run our ports instead of profit-driven managers, the longer we can expect Charleston to see its competitive position erode.

On the other hand, allowing the private sector to manage the state’s port assets would not only enhance operational efficiency it could potentially free up potentially hundreds of millions of dollars in public money for needed infrastructure enhancements – including the Jasper Port.

Got something you’d like to say in response to one of our stories? In addition to our always lively comments section (below), please feel free to submit your own guest column or letter to the editor via-email HERE or via our tip-line HERE …
Banner via Text