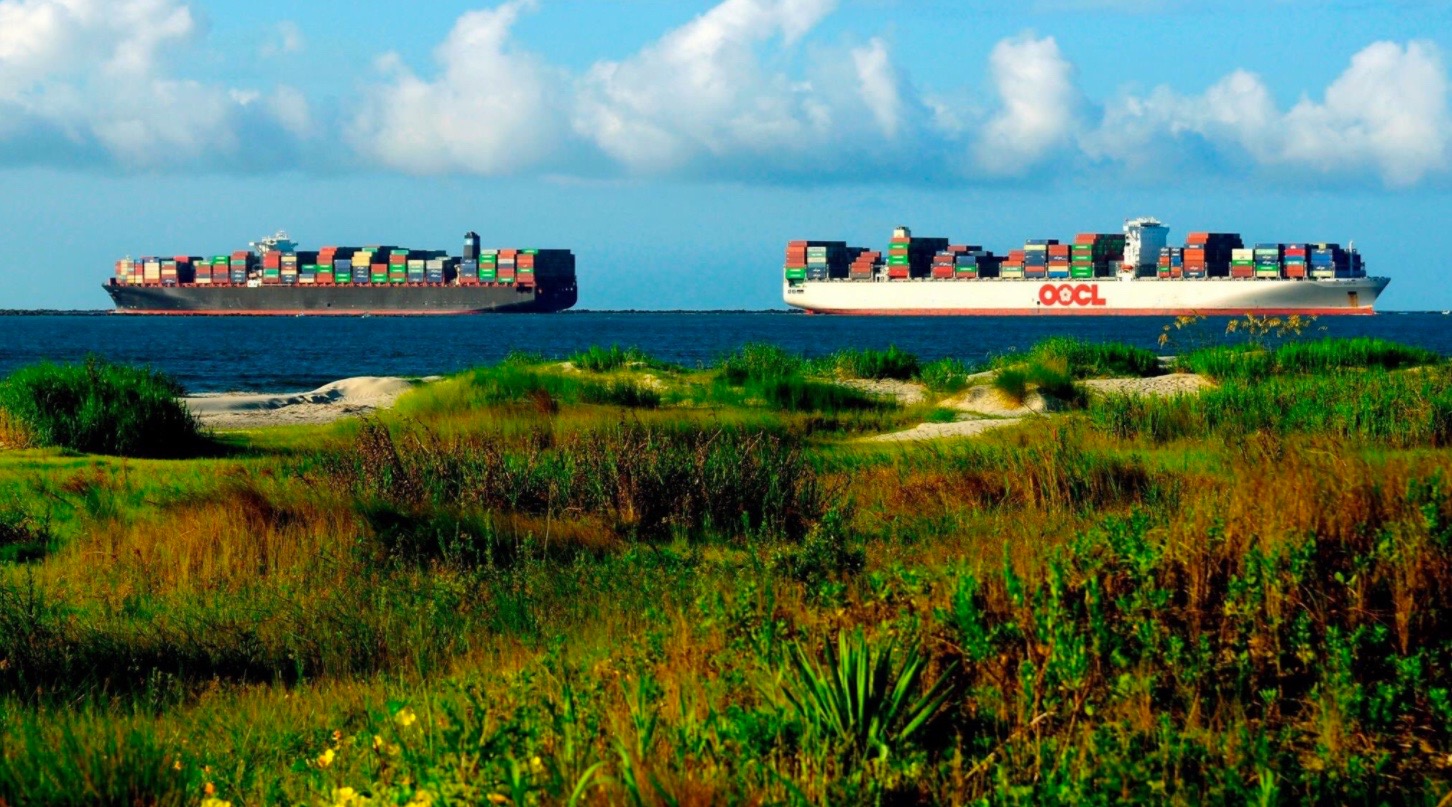 As we noted recently, the South Carolina Ports Authority (SCPA) set a new annual record for moving containers during the fiscal year that ended on June 30.

The bad news?  South Carolina is still falling behind our regional competitors, and recently reconfigured global shipping lines could set the Palmetto State back even further.

This week has been a good one for the port of Charleston, though, as it welcomed another massive boat capable of carrying more than 13,000 twenty-foot equivalent units (TEUs).

According to port officials, there were 3,700 pier container moves (PCMs) associated with the OOCL Malaysia’s visit to the SCPA’s Wando Terminal on Sunday.  That’s a new record for the amount of cargo moved on and off a single vessel.

The previous weekend two other 13,000+ TEU vessels – the OOCL Berlin and the CMA CGM Erving – also called on the Holy City.

Charleston’s port is hoping its recently approved harbor deepening project will enhance its competitive position – although there are legitimate questions about the efficacy of that project.  There are also legitimate questions as to whether state government should continue to be responsible for the management of port infrastructure assets.

As we’ve repeatedly stated, we believe one of the keys to restoring South Carolina’s competitive position is to jettison the current port management model – in which a bunch of bickering government appointees run the show.

Instead, we favor a landlord-tenant arrangement.

Under such a deal, taxpayers would retain ownership of port infrastructure assets but private sector firms would be allowed to manage them.  This would free up potentially hundreds of millions of dollars in public money for needed infrastructure enhancements – including the development of a container facility in Jasper County, S.C., site of the last deepwater port location on the eastern seaboard.

S.C. Senator Tom Davis – a former SCPA board member – has long-championed such an model, and we expect it to be part of his campaign for governor of the Palmetto State (should he decide to run).