In case you missed it, candidate filing closed over the weekend for a special legislative election in the South Carolina Lowcountry.  The race for S.C. House District 113 (map) will fill a vacancy created by the recent resignation of veteran Democratic lawmaker Seth Whipper.

First elected in 1995, Whipper resigned his seat to become a local magistrate – news of which was first reported by our website.  Several of our sources were surprised by that development, thinking Whipper would instead prefer to ascend to the circuit court or family court bench.  After all, he served on the S.C. House judiciary committee, a well-known breeding ground for state judges.

According to our sources, the deal to make Whipper a judge was brokered in part by S.C. Senator Marlon Kimpson in the hopes of getting his friend and fellow trail lawyer Marvin Pendarvis elected to the S.C. House.

We’ve also heard Pendarvis and his supporters worked very hard to keep other Democratic candidates out of the race – as earlier this year there were as many as five individuals interested in seeking the Democratic nomination for this seat. 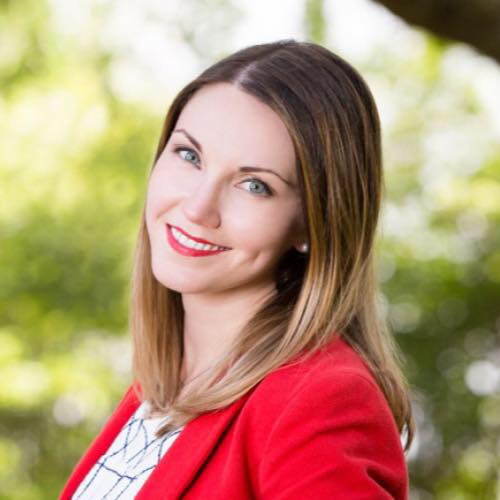 We think Hanyak could be the spoiler in this race.  Obviously attractive, she’s been active politically in the area for some time and recently organized a well-attended forum on women in politics.  She is running a very aggressive grassroots campaign and we’re told she has encountered early success in raising money.

“The people of Park Circle deserve a state representative that will fight for them,” Hanyak said in a statement announcing her candidacy.  “These folks are single-parents and business owners, young professionals and retirees. They’re taxpayers who want the state to fix roads – but would kindly ask that politicians in Columbia keep their hands off of our right to home rule. They want a representative who will be their voice in Columbia on issues like training North Charleston’s workforce for skilled manufacturing jobs, expanding access to early childhood education, and tackling the crime that threatens our communities.”

Collins currently serves on the Charleston County school board.  In 2011 and 2015 he ran for Mayor of North Charleston and was defeated by Keith Summey.  We’re told there is no love lost between Collins and Pendarvis – an attorney with the Curry Law Firm.

Democratic presidential nominee Hillary Clinton won this district with 67 percent of the vote last fall – although that is slightly worse than former president Barack Obama’s 73.2 percent showing in 2012.  The district’s black voting age population (or BVAP) is 52 percent – but its demographics are changing as Charleston grows.

Still, we doubt either of the GOP candidates seeking this seat stand a snowball’s chance of winning.  Nonetheless two filed – Rouzy Vafaie and Theron Sandy.

Special election are essentially “turn out drills,” one veteran campaign consultant told us.  As this race is expected to be a very low turnout affair, whichever candidate can organize their supporters and get them to the polls is going to win.

Partisan primaries for this seat are currently scheduled to be held on September 5.  A Democratic runoff election would follow on September 19, if necessary.  The general election is scheduled for November 7.