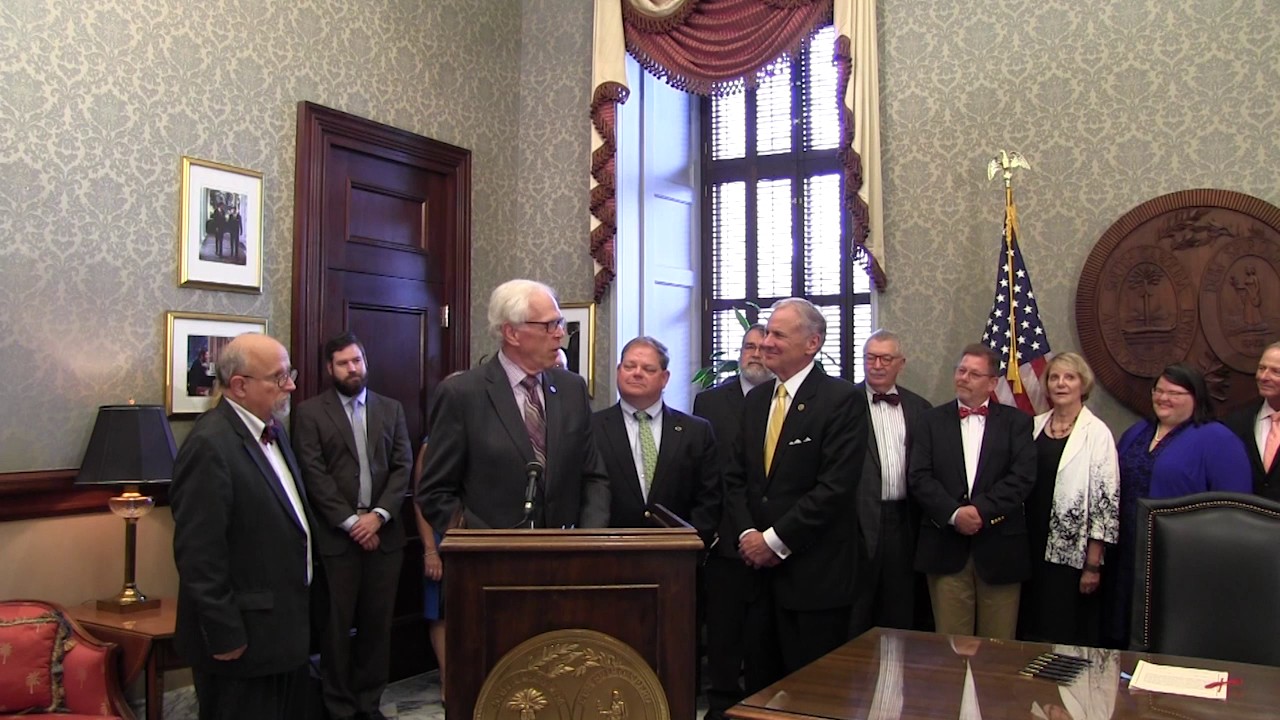 COLUMBIA, S.C. – Governor Henry McMaster was joined today by Representative Bill Taylor, Representative Weston Newton and open government advocates for a ceremonial bill signing for H. 3352, a bill strengthening the Freedom of Information Act by requiring state government agencies to respond to public records requests within 10 days of receiving one and producing records within 30 days of determination.

“This bill is an important step towards moving government transparency where it needs to be in South Carolina,” said Governor McMaster. “Government has to be accountable to the people it serves, and its citizens should have unimpeded access to public information that speaks to whether or not their best interests are being served.”

Related Topics:Henry McMaster
Up Next