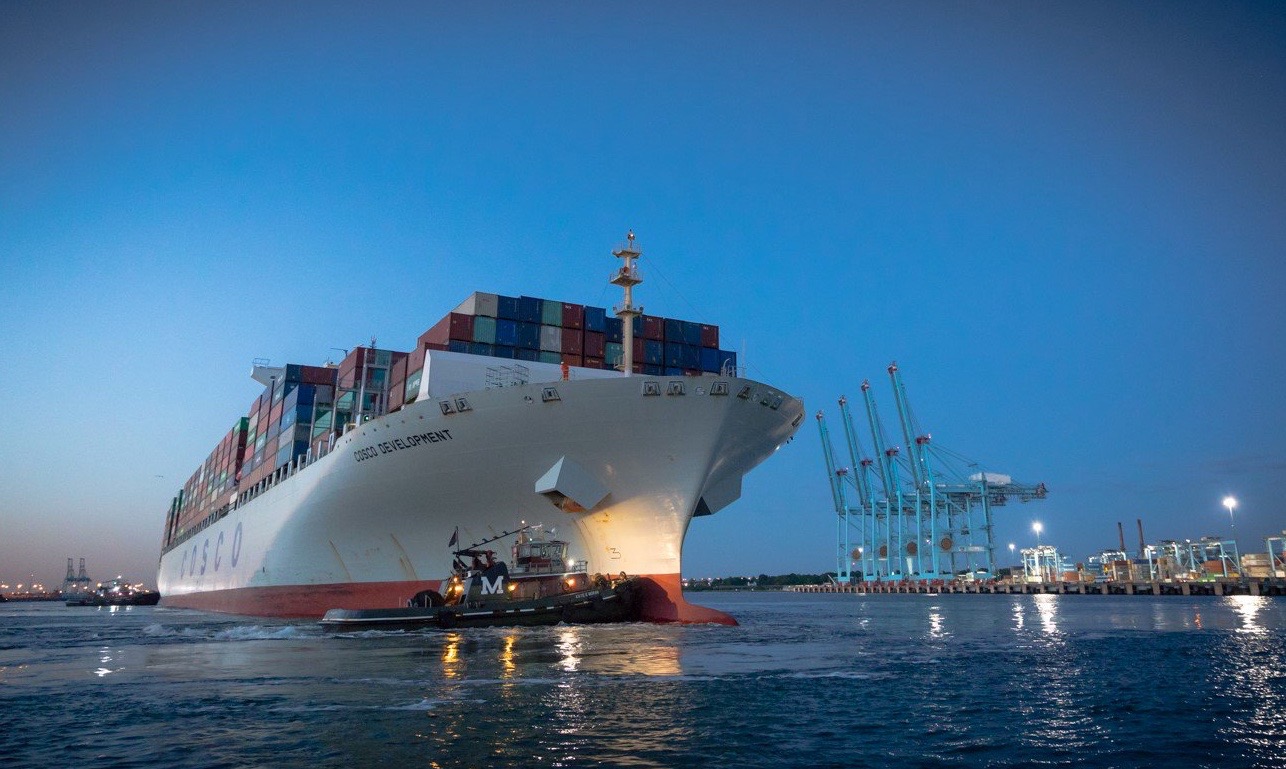 LARGEST SHIP EVER TO SERVE EAST COAST ARRIVES IN PORTSMOUTH …

The biggest ship ever to call on the eastern seaboard arrived at the Virginia International Gateway in Portsmouth, Virginia this week.  The Cosco Development – which this website has been following on its journey – is also headed to Savannah, Georgia and Charleston, South Carolina this month.

Capable of carrying up to 13,092 twenty-foot equivalent (TEU) containers, the Cosco Development is one of the first next-generation super-large cargo ships built to navigate the recently widened Panama Canal.

Are Savannah and Charleston ready for her?

The big boat unloaded only around 1,600 containers in Virginia – less than the 4,000 originally projected, according to John Reinhart, the executive director and CEO of the Virginia Port Authority.

“It’s a little lighter than we thought,” Reinhart told The Virginian-Pilot. “But it’s also the first one in this service, so they’re just turning around and setting up the service.”

Georgia and Virginia have been collaborating in anticipation of an upcoming realignment of the global shipping industry – one which threatens to further undermine South Carolina’s declining competitiveness.   We’ve argued one of the keys to the Palmetto State restoring its competitive position is getting rid of its current management model – in which a bunch of bickering government appointees run the port – and moving to a landlord-tenant arrangement.

Under such a deal, taxpayers would retain ownership of port infrastructure assets but private sector firms would be allowed to manage them.  This would free up potentially hundreds of millions of dollars in public money for needed infrastructure enhancements.