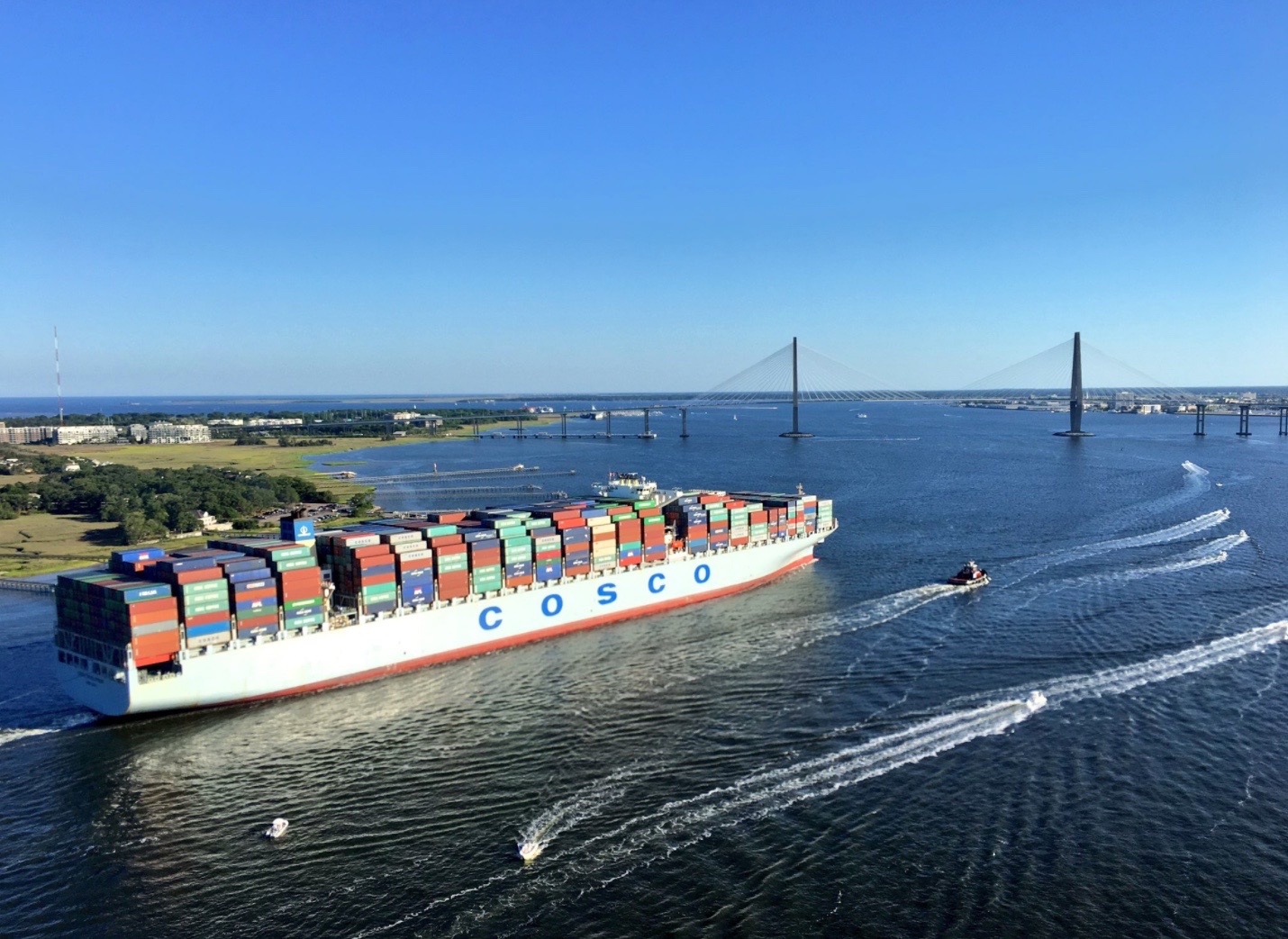 The largest ship ever to call on the east coast successfully navigated Charleston harbor over the weekend – arriving Saturday and departing early Sunday evening without incident.

The Cosco Development – a massive 1,200 vessel capable of transporting up to 13,092 twenty-foot equivalent (TEU) containers – called on the S.C. Ports Authority (SCPA)’s Wando terminal after successful calls in Virginia and Georgia.  She is the largest ship ever to pass through the recently widened Panama canal – and her arrival on the east coast this month heralds a new era in global shipping.

The big boat’s successful arrival and departure has also caused some to question the efficacy of proposed harbor deepening projects in Savannah and Charleston (the latter of which we’ve previously noted is of dubious economic benefit).

Supporters contend these deeper channels are necessary to handle next-generation vessels like the Cosco Development.

Despite having shallower waters, Savannah has been trouncing Charleston over the past decade.  A big reason for that?   The infamous “Savannah River Sellout” of former S.C. governor Nikki Haley.

Once the fourth-busiest port in America, Charleston is in real danger of losing additional competitive ground as the world’s major shipping providers undertake a fundamental reconfiguration of this industry.  Three new international shipping alliances – which control an estimated 90 percent of global maritime traffic – are currently reconfiguring their trade routes.

Yes … to an extent.  It would certainly help ships the size of the Cosco Development carry more exports on their way out of the Palmetto State.

The Cosco Development wasn’t fully loaded when she left Charleston harbor this week – far from it.  The boat was carrying an estimated 7,000 TEUs at the time of its departure, we’re told, many of them empty containers.  Why the light load?  Easy: Had the ship been packed to capacity, there’s no way she would have been able to clear the harbor. 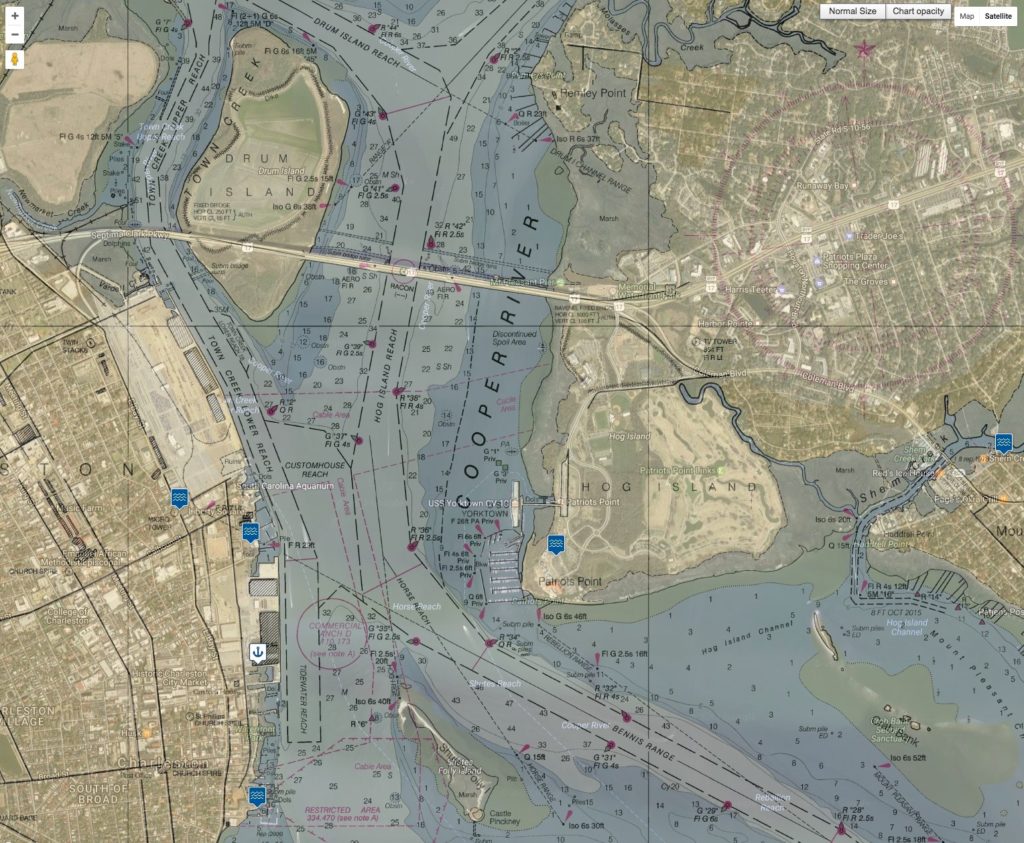 “(You) have to dredge to send her out heavy with exports,” one shipping industry source told us.

Critics of dredging say that most of the major shipping lines have created shallow draft, wide body container ships – sometimes called “U Bottom” or “minimum ballast” vessels.  These ships fall in the more manageable 8,000 to 10,000 TEU range – and have been designed specifically to fit through the wider locks of the expanded Panama Canal, under the Talmadge and Ravenel bridges and a host of sub-47 foot east coast and gulf coast ports (Charleston, Savannah, Jacksonville, Port Canaveral, Port Everglades, Tampa, Port Manatee, Mobile, Singing River Island, and New Orleans).

These vessels are “purpose built” – engineered to access shallow waters and to maximize capacity by widening their beams to take advantage of the wider locks of the expanded Panama Canal rather than increasing their TEU capacities by increasing their drafts.

“Charleston’s problem isn’t depth it continues to be infrastructure – particularly rail,” one industry expert told us.

This website initially supported a $300 million state appropriation for the $530 million Charleston harbor dredging project – although we made clear at the time “we don’t believe government should be in the port management business … or the harbor dredging business.”

As we’ve repeatedly stated, we believe one of the keys to restoring South Carolina’s competitive position is getting rid of its current management model – in which a bunch of bickering government appointees run the port – and moving to a landlord-tenant arrangement.