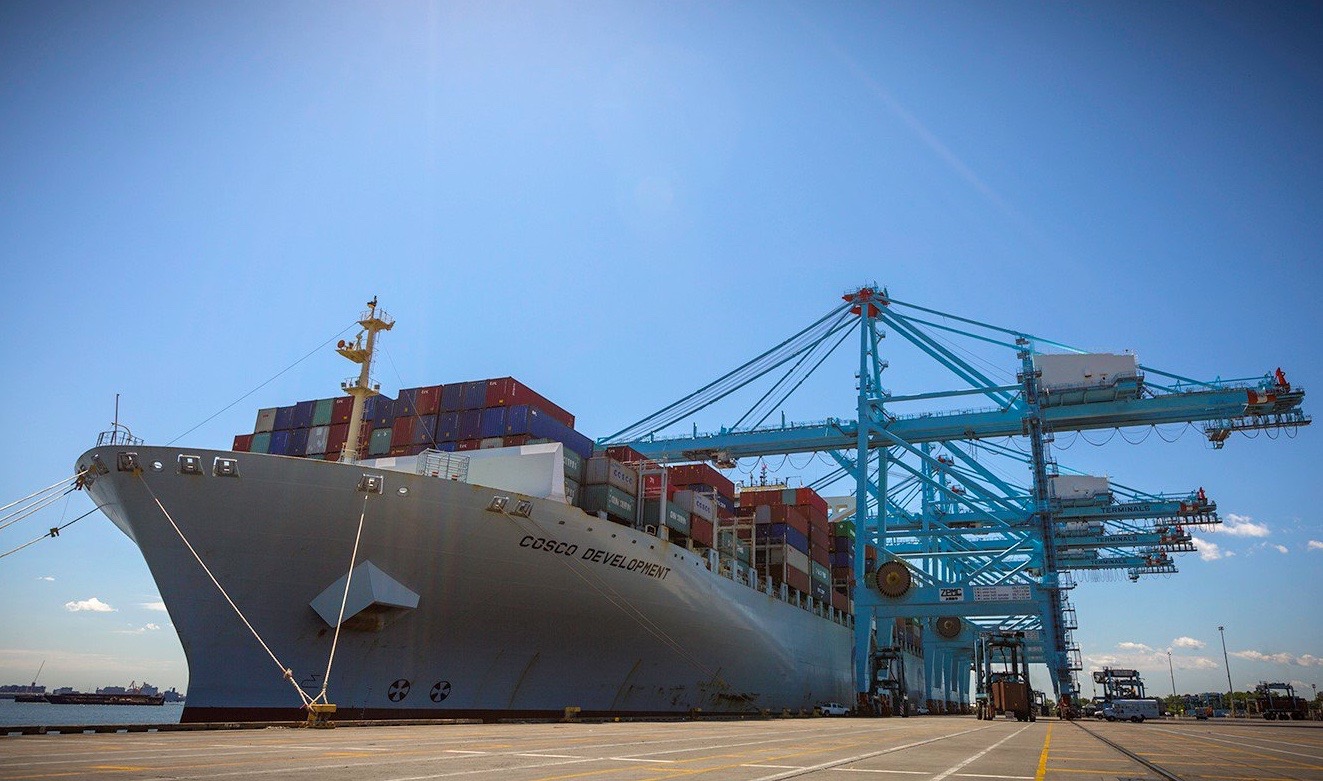 CAN GEORGIA PORT HANDLE IT?

A little over a decade ago, Charleston, S.C. was home to America’s fourth-busiest port facility.  Today that distinction belongs to the port of Savannah, Georgia.

Years of mismanagement – and former S.C. governor Nikki Haley’s infamous betrayal of her home state’s best maritime interests – have eroded the Palmetto State’s competitive position considerably.  And worse things could be getting worse before they get better …

As we recently noted, though, Savannah is in a tough spot this week.  The Georgia port is the second east coast stop for the Cosco Development, the largest ship to ever navigate the Panama Canal and the largest ship ever to come calling on the east coast.

If her current schedule holds, the massive boat – which is more than four football fields long and capable of carrying up to 13,092 twenty-foot equivalent (TEU) containers – will arrive at Savannah’s Garden City Terminal sometime before 11:00 a.m. EDT on Thursday (May 11).

Good news, right? Sure … assuming everything goes planmaessig (according to plan).

But even if the Cosco Development’s Savannah call comes off without a hitch, it could still wind up being bad news for the Georgia Ports Authority – which is in the midst of a massive harbor expansion project that was recently exposed as being hundreds of millions of dollars over budget.

As we noted last week, “a successful call by such a large vessel in Savannah could dampen momentum” for this project.

“There is a dread down there that they can’t win,” one maritime source told us.  “If she sails in and out with no issues, the environmentalist groups will say ‘why do we have to dredge?’ If she does have any issues … (it would be) very bad publicity for Savannah.”

The Cosco Development is scheduled to depart Savannah at around 6:00 p.m. EDT tomorrow (Friday May 12).  From there, she will pay a visit to Charleston prior to heading across the Atlantic en route to Asia.

Maritime officials in the Holy City tell FITSNews they’ve been prepping for the big boat for months and are “ready” for her arrival.