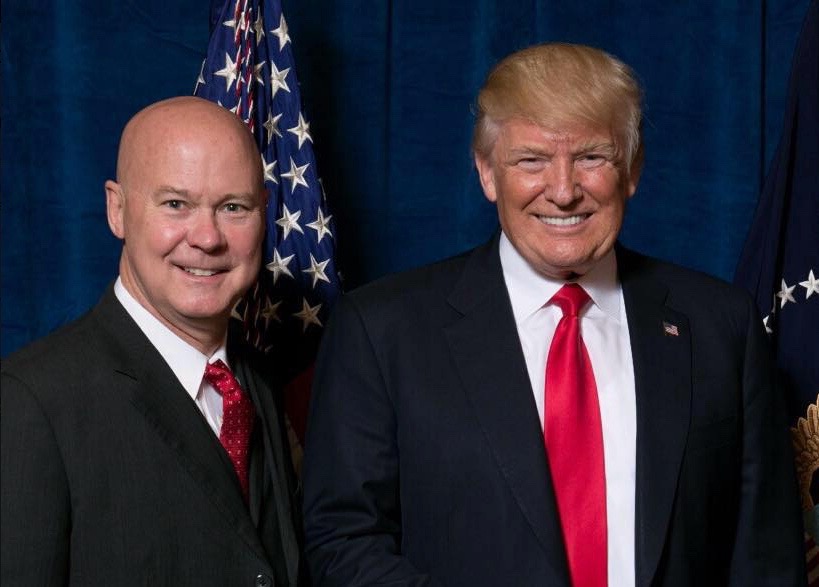 WILL IT BE ENOUGH TO LAND HIM IN RUNOFF ELECTION?

Heading into the final week of the special election for the S.C. fifth congressional district, conventional wisdom held that early frontrunner Tommy Pope was headed for a runoff battle against one of two “Republican” contenders – either former S.C. Rep. Ralph Norman or ex-SCGOP chairman Chad Connelly.

And that could very well be what winds up happening …

But a late push from Camden, S.C. businessmen and South Carolina State Guard leader Tom Mullikin is applying some pressure on the frontrunners as the race to replace former U.S. Rep. Mick Mulvaney reaches its initial day of decision.

Mulvaney held this seat from January 2011 until this February – when he was confirmed by the U.S. Senate as the director of the White House’s Office of Budget and Management (OMB).  Five “Republicans,” three Democrats and a handful of third party candidates are all vying to replace him.

Here is Mullikin’s latest television advertisement, which takes direct aim at Pope, Norman and (especially) Connelly … while continuing his campaign’s strategy of identifying himself as a “loyal soldier” on behalf of U.S. president Donald Trump.

Mullikin is spending heavily on this particular advertisement in multiple television markets, we’re told – part of a broader eleventh hour push that seeks to take advantage of Connelly’s poor financial positioning headed into the stretch run of this increasingly contentious battle.

Connelly finished well behind Pope, Norman and Mullikin in available resources heading into the last two weeks of the contest.

Anyone watching TV around #SC05 #SC5 is seeing lots of ads for Pope, Norman, Mullikin & Few but NONE for… https://t.co/vEKbBFEcEd

In addition to his paid media blitz, Mullikin is also benefiting from a social media surge driven by Trump grassroots supporters, who have taken aim at Connelly for his affiliation with the national Republican establishment.

Many of these “Trump Strike Team” tweets are driving viewers to a video clip in which former Trump campaign operative Karen Giorno rips Connelly for working against Trump during the 2016 GOP presidential primary.

“I personally observed Chad in multiple states leading efforts to defeat Trump delegates at Republican conventions despite you, the voters, pledging those delegates to Donald Trump,” Giorno said.

Will Mullikin’s late push be enough to land him a spot in the “Republican” runoff election?  Or will it perhaps knock Connelly out of runoff contention?

In South Carolina primary elections featuring three or more candidates, if no candidate wins a majority of votes on the first ballot then a runoff election is held two weeks later between the top two vote-getters.  We’ve always known Pope would be one of the two candidates, the only question was who he would be running against?

Early on in this race we’d have guessed Connelly was best positioned to challenge Pope – but he’s run a sloppy, underfunded campaign.  Connelly has also seen social conservative activist Sheri Few eat into his social conservative base – further compounding his electoral difficulties.

Meanwhile Norman has plowed significant resources into his surprisingly viable bid – and as such is the candidate we view as most likely to face off against Pope in the second round.

Given Pope and Norman’s penchant for tax hikes that’s an unfortunate development, but then again we are covering a “Republican” election in South Carolina.  It’s sadly become par for the course in the Palmetto State.

Given the lack of a viable pro-freedom, pro-free market candidate, this website declined to endorse in this race.  And if the runoff winds up being a battle between Pope and Norman, we’re unlikely to pick our poison in that contest either.