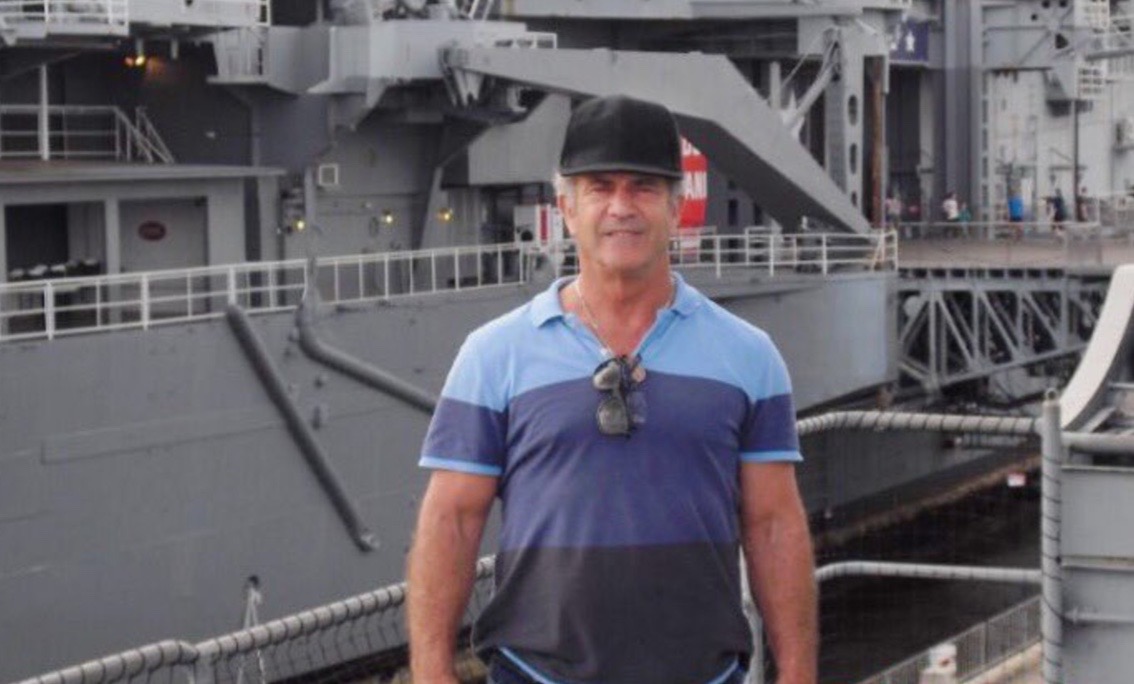 Gibson was accompanied by his girlfriend Rosalind “Rosey” Ross.  The 26-year-old is reportedly writing a screenplay about the World War II-era destroyer USS Laffey (DD-724) – which is moored at Patriots Point.

Commissioned in 1944, the Laffey was badly damaged during an April 1945 Japanese kamikaze attack just north of Okinawa, Japan.  Five planes and multiple bombs struck the ship during the attack, which left 32 sailors dead and another seventy-one wounded.

The Laffey was later recommissioned for service in the Korean War and the Cold War prior to being permanently decommissioned in 1975.  Eleven years later the ship was designated as a national historic landmark – having earned seven battle stars and two presidential unit citations during its three-decade career.

Gibson, 61, originally gained fame for his starring roles in the “Mad Max” and “Lethal Weapon” franchises.  He is known for his portrayal of larger-than-life silver screen heroes including Scottish warrior William Wallace.  His 1995 epic Braveheart – which tells the story of Wallace’s battle against King Edward I of England – won him an Academy Award for best director.

In 2004, Gibson directed The Passion of the Christ – a graphic depiction of the crucifixion of Jesus Christ.   While controversial, the movie was nominated for three Academy Awards and remains the highest-grossing R-rated film in American history.

Gibson returned to the director’s chair for the first time in over a decade last year, earning an Academy Award nomination for his work on the World War II drama Hacksaw Ridge.