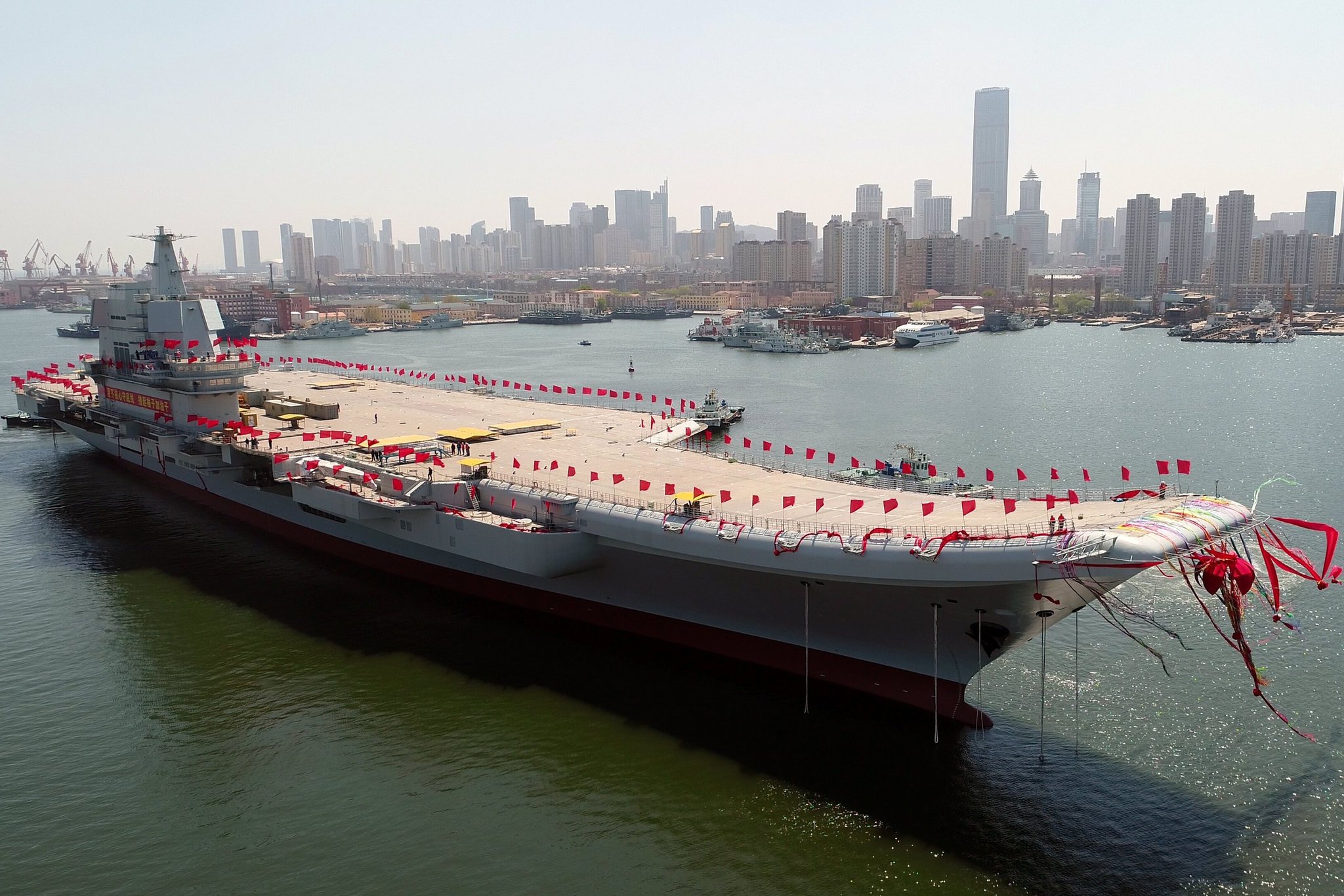 You can officially slap the “Made in China” label on something else … sea power.

Meet the Shandong, the first ever Chinese-built aircraft carrier.  Construction of this 1,033-foot long vessel began back in 2013, and it sailed from its home port of Dalian for the first time this week.  And while it may be at least three years away from active duty, its launch is yet another sign that China is preparing to aggressively defend its territorial claims in the disputed South China Sea.

It is also yet another sign that China is closing the gap when it comes to military technology.

The future flagship of the People’s Liberation Army Navy (PLAN), Shandong is actually China’s second aircraft carrier.  Its first, the Liaoning, was built from the hull of a 1990s-era Russian aircraft carrier.

Both ships are part of Chinese president Xi Jinping‘s bid to transform his nation from traditional continental power to a “true maritime power” capable of competing with the United States and Great Britain.

“China is the leading international trade power, and the PLAN sees the United States as an overbearing naval power to be vehemently resisted; so, given China’s naval buildup, command of the sea seems likely to be ultimately determined by armed encounter rather than by economic, cultural, or environmental issue,” South Korean analyst Sukjoon Yoon noted in a recent analysis of China’s expanded naval focus.

How will America respond?  Good question … but options appear to be limited.

“The Chinese economy is so intimately integrated with the economies of all its neighbors, and also of the United States, that none of them can now afford to stand up to China – not even the United States can offer anything beyond token resistance,” Yoon observed.  “The reality is that China has already become too powerful militarily and too influential economically to be ‘dealt with’ in any meaningful sense.”

U.S. president Donald Trump appears to have bowed to these realities, backing off of some of his tough campaign rhetoric regarding China.