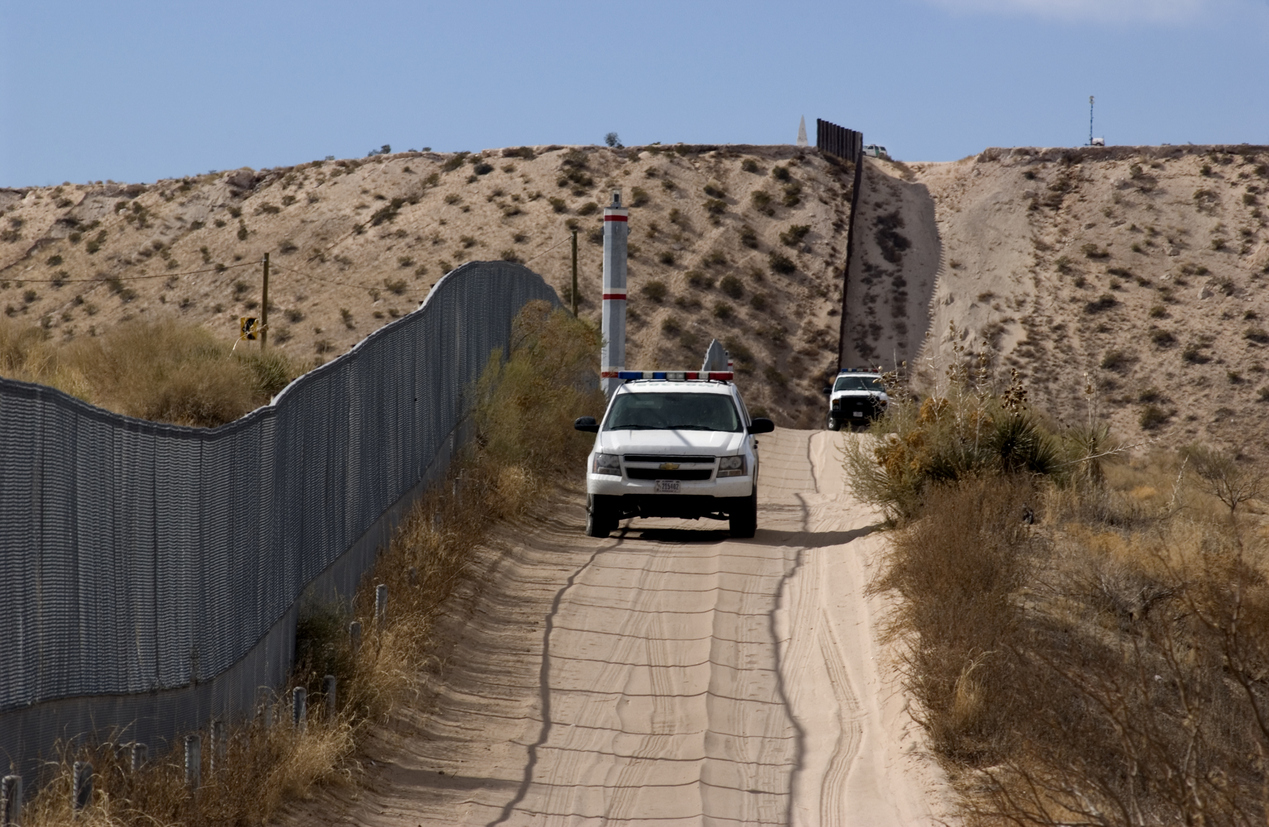 In case you missed it, U.S. president Donald Trump has temporarily abandoned his signature 2016 campaign promise, the construction of a wall on America’s southern border with Mexico.

Faced with the threat of a “government shutdown” (ugh), Trump’s administration announced earlier this week it was not insisting on funding for the wall’s “bricks and mortar” in a supplemental spending bill.

Instead the administration said it would take the issue up again in September during the debate over a budget for the fiscal year beginning on October 1.

Talk about a cave, right?  A big one … except it didn’t work.

Asked by CNN whether the Trump administration’s latest flip-flop had ensured Democrat support for the passing of a short-term spending deal, Trump’s budget director Mick Mulvaney had an interesting response.

“I hope so,” he said.  “Here’s what concerns me.  We informed the Democrats yesterday that we were not going to insist, for now, on bricks and mortar (for the wall).  We’re going to move that discussion to September of this year … and we thought that was going to get a deal done.  And we’ve not heard anything from them today.  So, now I’m not so sure what is happening.  I’d be curious to ask the Democrats where they stand on a shutdown right now because we thought we had a deal as of yesterday.”

Did the Negotiator-in-Chief just get played?  Shanghaied?  Bamboozled?  Beaten?  Having been baited into folding on the issue of funding for the wall, is Trump now going to have to make more concessions?  Or else watch as Democrats “shut down the government” anyway?

It certainly appears that way, as Democrats led by Charles Schumer and Nancy Pelosi are now pressing their advantage in the hopes of securing new health care subsidies and other items on their progressive wishlist.

Wow.  Whatever happened to “The Art of the Deal?”

Because this is, quite frankly, amateur hour – something Trump’s White House should have seen coming from miles away.

“It’s only logical that Democrats would secretly want a government shutdown,” the website Zero Hedge noted.  “In the end, Republicans (i.e. the fiscally conservative party that is generally looking to reduce entitlements rather than increase them) typically tend to take the brunt of the public backlash for government shutdowns and all of the media coverage provides a very effective bully pulpit for liberals.”

Once again the root of the problem – from our perspective, anyway – is a “Republican” establishment that would rather fold than fight.  The GOP would rather preserve its power than stand on principle – which is something else Trump’s team should have seen coming from miles away.

Democrats in Washington simply cannot be negotiated with … which is why Trump’s team should immediately insert funding for the border wall back into the spending deal (from whence it should have never been removed in the first place).

More fundamentally, the White House needs to understand that if it is going to get screwed whether it sells out or stands firm – why not stand firm?

After all, that is what Trump promised … and what he was elected to do.

Look What’s “Made In China” Now