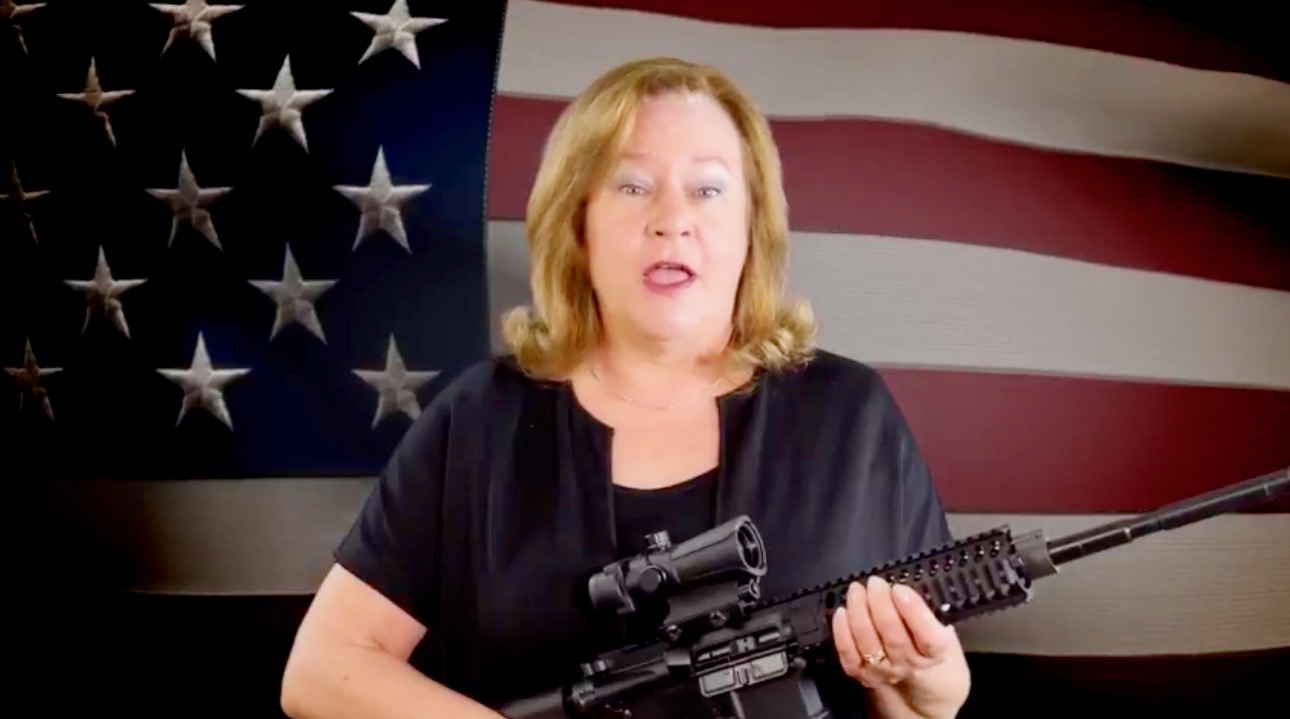 The commercial opens with Mrs. Few standing in front of an American Flag and holding her personal AR-15, talking about “weak politicians” who are “too quick to blame a horrible tragedy on a flag, or a gun, or even free speech.”

“That’s how bad laws are made,” Few points out.

“America needs bold and strong leaders who won’t panic, and will speak the truth, seize the moment and move our conservative agenda as fast and as far as we can.  Now.  Not later.  Now,” Few says, looking straight to camera.

The commercial will be airing on Fox News in heavy rotation on cable, Dish Network, DirecTV and AT&T systems in all three media markets, along with “Our History”, which is currently on the air.

Few explained this ad is designed to follow up on “Our History” to point out that when Ralph Norman and Tommy Pope voted to take down the Battle Flag from the Confederate Memorial in Columbia, that it wasn’t just about the Confederate Flag per se, but about blaming an inanimate object for an individual’s criminal act.

“What will they panic about if they are elected to Congress.  America doesn’t need more weak people in Congress who will panic and fold under public pressure when we need strong leaders who will stand up and fight for what we believe,” Few said.

Few carried the Fifth District by more than 3,000 votes in her 2014 primary race for Superintendent of Education., which contains all of Cherokee, Chester, Fairfield, Kershaw, Lancaster, Lee, Union and York Counties and portions of Newberry, Spartanburg and Sumter Counties.  This commercial is her third TV ad of the campaign.  She is one of seven candidates seeking the GOP nod to replace Mick Mulvaney in Congress.  The primary is May 2 with a runoff on May 16 prior to the June 20 general.  Few’s website is sherifewforcongress.com.