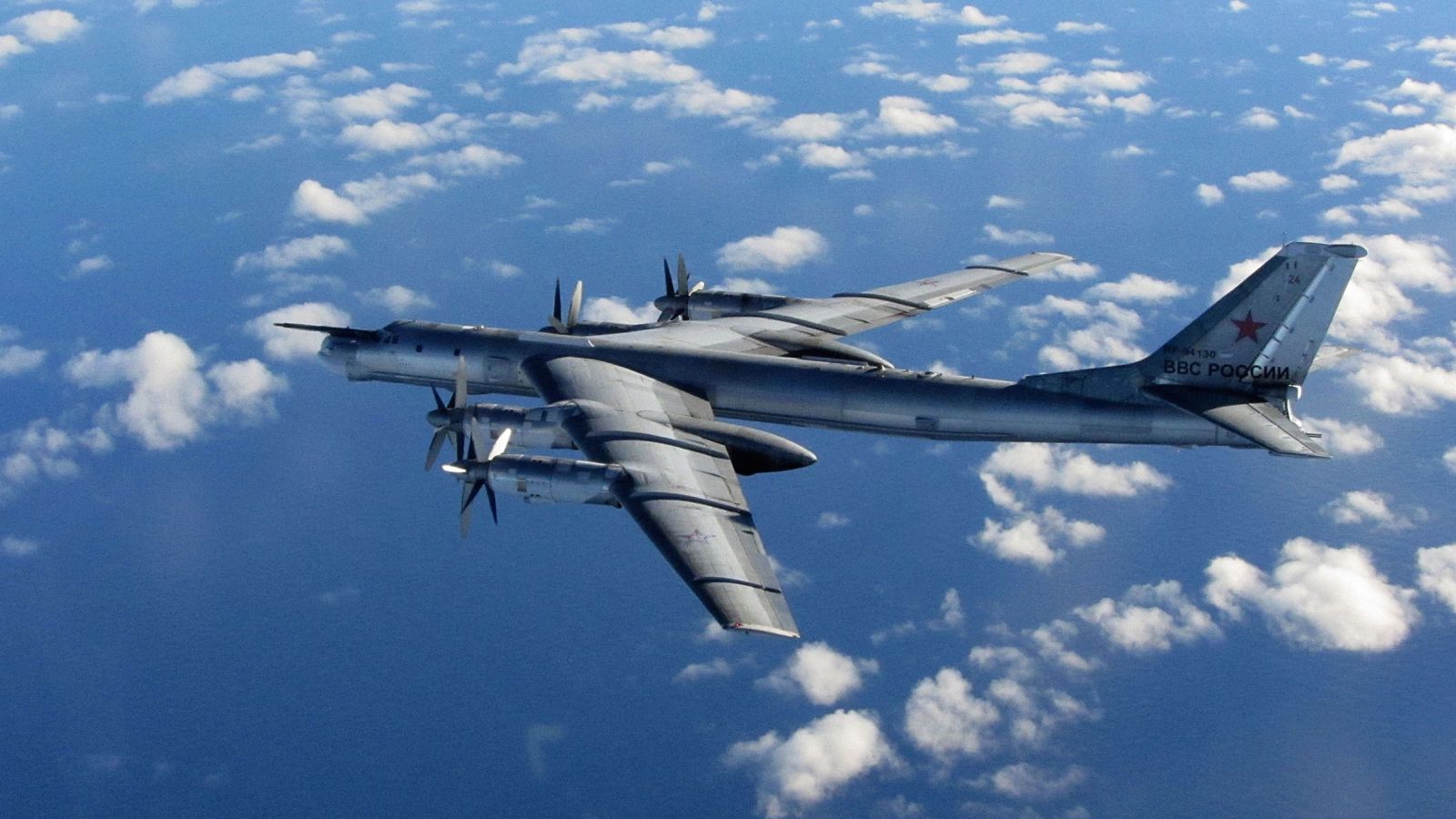 For the second time in as many days, a pair of nuclear-capable Russian bombers buzzed the coast of Alaska on Tuesday – this time coming within 36 miles of American soil.

The Tupolev Tu-95 “Bear” bombers – identical to the planes involved in yesterday’s incident – were spotted at around 5:00 p.m. EDT local time flying north of the Aleutian Islands, according to Fox News.

Unlike yesterday, the United States Air Force (USAF) did not scramble fighter jets to respond to these planes – but it did send an E-3 airborne early warning aircraft to monitor their flight path.

As we noted yesterday, the Tu-95 is a 1950s-era turboprop plane – the only propeller-powered strategic bomber currently in service.  All of the current planes are TU-95 MS models – built in the 1980s and 1990s.  Russia retrofitted several of them for redeployment last year, and each bomber has an impressive 9,000 mile range.

What sort of weaponry do these planes have?  The latest variants can carry 16 AS-15 Kent cruise missiles – each of which is capable of carrying a 200-kiloton nuclear warhead.  That’s a bomb ten times more powerful than the American nuclear device that leveled Nagasaki Japan on August 9, 1945.

What are the planes doing flying so close to the American Homeland?  Good question … although our guess is Russian president Vladimir Putin has probably had just about enough of America’s fact-challenged, hypocritical trash talk.  And all that “Russia hacked the election” nonsense.