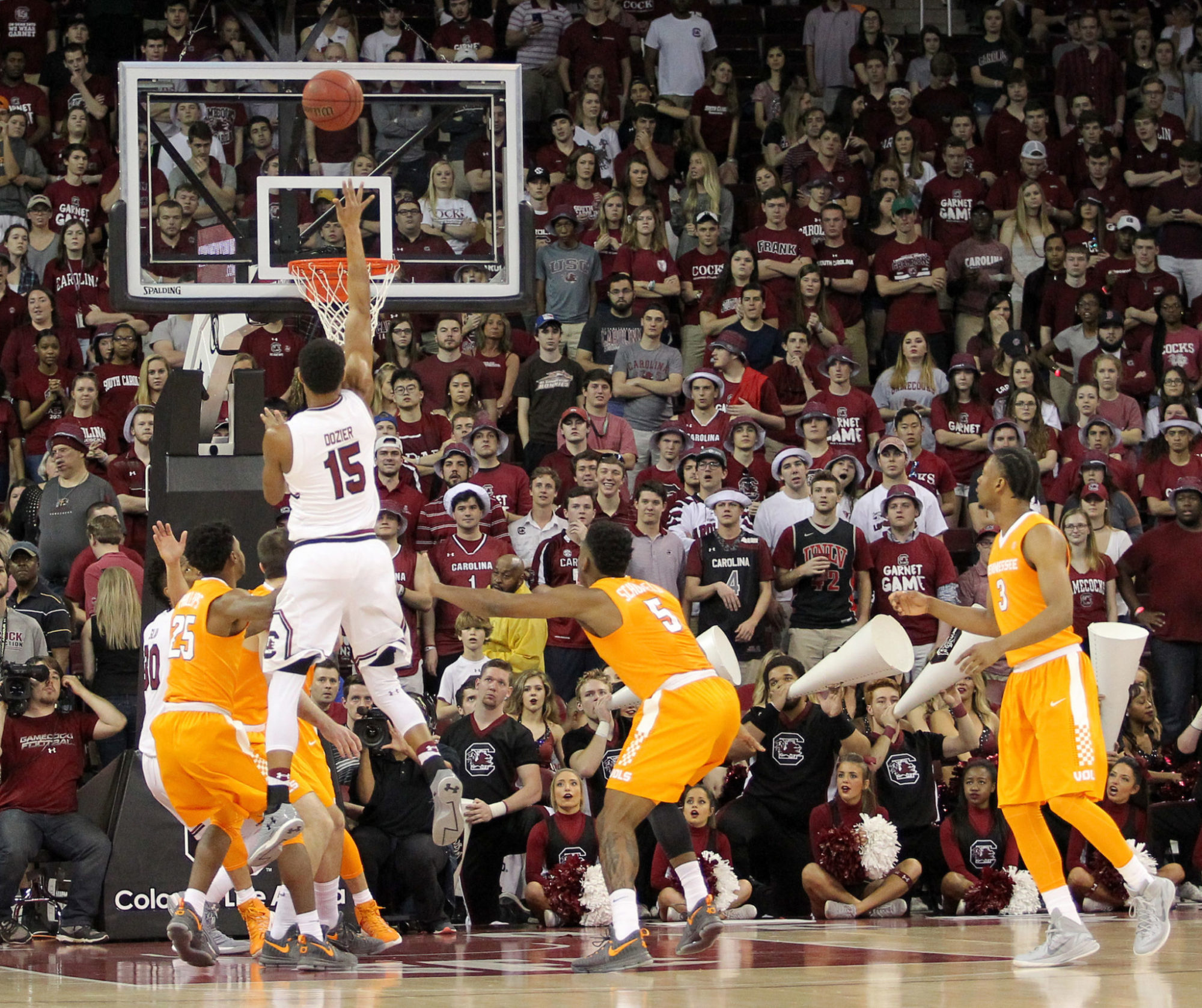 DRAFT STATUS TO BE DETERMINED …

University of South Carolina basketball star PJ Dozier will submit his name for consideration in the 2017 National Basketball Association (NBA) draft – but he has yet to hire an agent, meaning he hasn’t forfeited his amateur status.

Under a new rule, NBA prospects are allowed to test their viability in the draft – so long as they do not obtain representation.  Dozier has until May 24 to determine whether he will forego his remaining two years of NCAA eligibility.

“I want to thank my family, Coach Martin, my teammates and our amazing fans at South Carolina for the support that I’ve received thus far in my time as a Gamecock,” Dozier said in a statement released by the school. “After talking with my family and Frank following our time at the Final Four, I’ve made the decision to submit my name for the Draft, but I’ve not hired an agent. I’m looking forward to continuing to grow my game and the Draft process.”

“We are all very excited for PJ and the opportunity that he has in front of him in taking full advantage of his ability to test the waters and submit his name for the draft,” Gamecock head coach Frank Martin said.

Dozier scored 13.9 points per game as a sophomore and led the Gamecocks with 2.8 assists per game.   He averaged 15.6 points during South Carolina’s improbable NCAA tournament run – and scored 17 points in the national semi-final against Gonzaga.

A 6-foot-6, 205-pound native of Columbia, S.C., Dozier has been pegged as a first round NBA pick in previous mock drafts – however his stock has slipped in more recent projections.