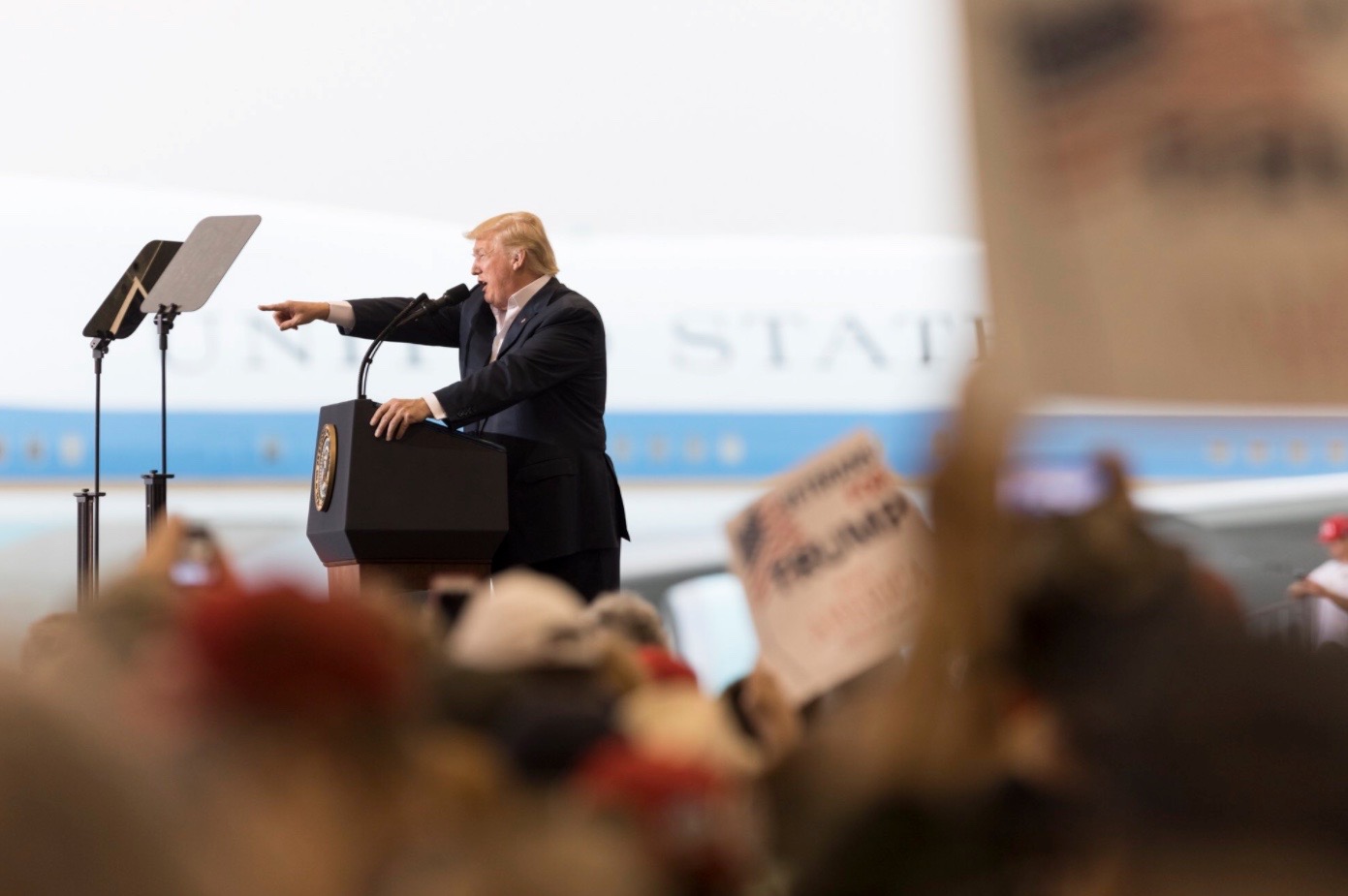 At a time of rising global tension and total dysfunction in Washington, D.C., infighting within the administration of Donald Trump has spilled over to the point the commander-in-chief apparently felt compelled to get involved personally.

As if he didn’t have enough on his plate, right?

Trump has found himself having to referee an inter-office spat between senior advisors Steve Bannon and Jared Kushner.

Who is he blowing the whistle on?  Bannon.

“I like Steve, but you have to remember he was not involved in my campaign until very late,” Trump told The New York Post. “I had already beaten all the senators and all the governors, and I didn’t know Steve. I’m my own strategist and it wasn’t like I was going to change strategies because I was facing crooked Hillary.”

Trump seems to forget his campaign was an absolute mess when Bannon, the former CEO of Breitbart News, and Kellyanne Conway took over its management last August.

We’re not saying Bannon was responsible for Trump’s victory – nor are we saying his judgment on policy or strategic matters is infallible – but it seems Trump is deliberately (and dishonestly) downplaying his involvement in an effort to knock him down a peg within the White House.

Which is pretty petty …

Powerful business leaders often promote factionalism in positions below them as a way to deter challenges to their own authority, but in this case Trump is an elected official with unambiguous authority – at least until January 20, 2021.  He doesn’t need to foster factions within his administration, he needs to delegate his appointees to fulfill the promises he made to the people.

So far, that isn’t happening …

Many political observers are rushing to assign ideological underpinnings to this inter-office struggle (i.e. Bannon’s nationalist/ populist worldview versus Kushner’s globalist/ insider approach), but we think the real story here is poor management from Trump.

Of course if it is an ideological struggle, it would certainly seem Trump is blowing the whistle on the wrong guy.