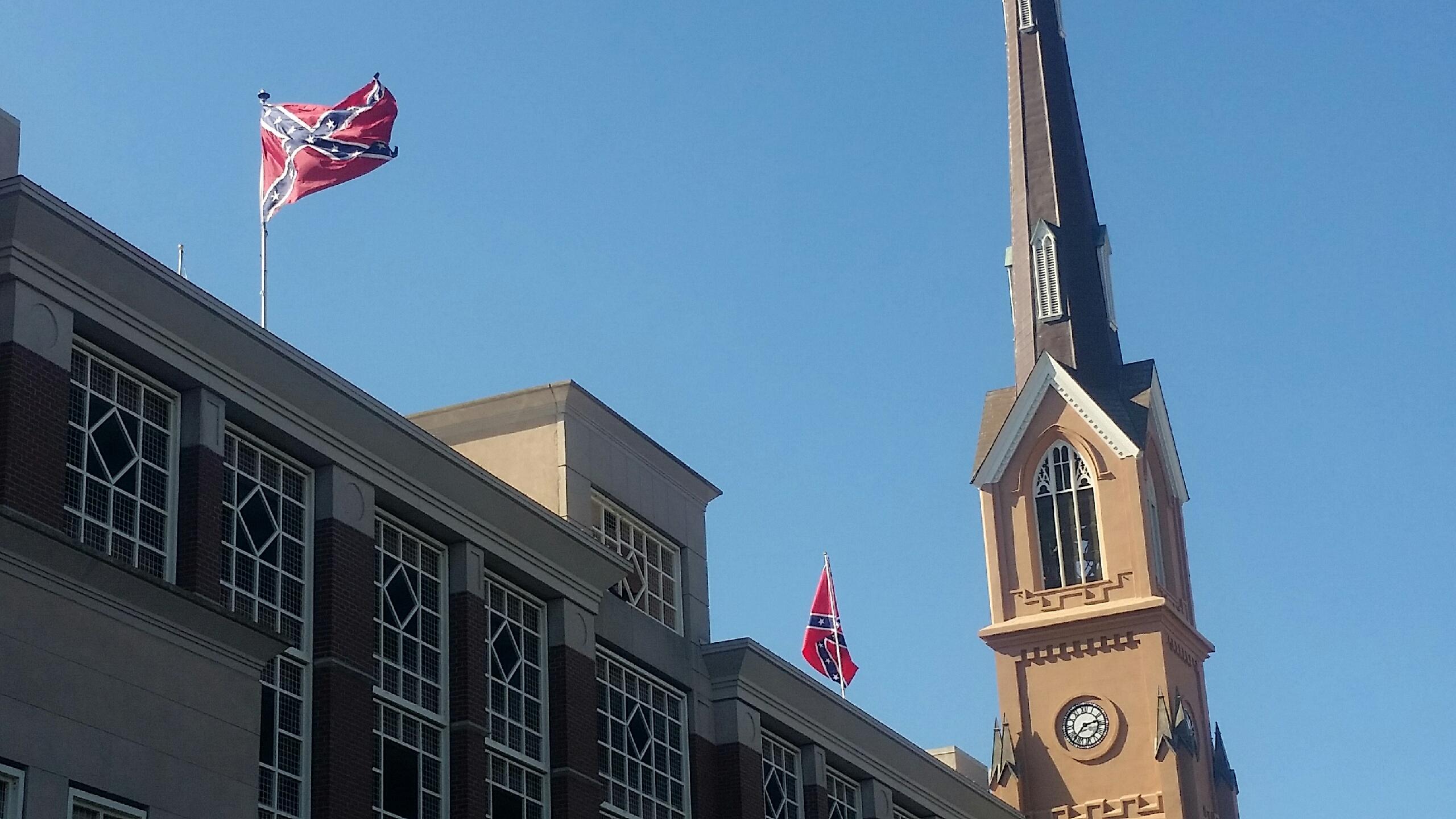 Days after supporters of the Confederate flag hoisted their banners from the rooftops of parking garages in downtown Charleston, S.C., the “Holy City” taking steps to block future free expression of

According to a notice issued from the office of liberal mayor John Tecklenburg, city of Charleston parking garages now expressly forbid “Signs, Banners, Flags or other Displays that Protrude Through Openings Between Parking Levels, or Upon the Exterior Surfaces Between Parking Levels or that Extend Higher Than the Perimeter Wall on the Top of the Garage.”

“The misuse of city garages to fly various flags and banners … was unexpected,” a city spokesman said.  “This notice makes it clear that city garages are for parking, not for these types of public displays, and it applies to any and every one equally.”

Leaders of the S.C. Secessionist Party – which unfurled the controversial banners – said the city’s action was an attempt to silence protected speech.  They also said the response to the new edict was yet another example of liberal intolerance.

“You would think liberals would be screaming from the roof about infringement upon their rights but they’re cheering this on,” said James Bessenger, leader of the party.  “They’re too dumb to realize this effects them too.”

According to Bessenger, the city never would have issued such an order “had we raised an American flag or a rainbow flag or a state flag.”

Bessenger’s group sent a letter to the city asking it to provide its legal basis for restricting free expression at city-owned parking garages.

“Following consultation with multiple civil rights organizations and review of the library of city ordinances we have been unable to find anything which supports the ban of flags, banners, and signs that are affixed to privately owned vehicles parked in garages in any standing law or ordinance,” he wrote.

According to Bessenger’s letter, Tecklenburg’s administration was “attempting to crush under its heel the rights of the People of Charleston to free speech simply because the Mayor was upset about an exercise of free speech he did not agree with.”

First of all, as we’ve stated repeatedly, government has no business whatsoever being involved in the parking garage business.  This issue shouldn’t even be before us because parking garages should be private property – with private owners determining the policies for patrons as they see fit.

Since government has chosen to intervene in this particular corner of the marketplace, though, it seems to us there is a presumption of permissiveness when it comes to various expressions.  So long as that expression does not directly interfere with the exercise of another liberty.

Incidentally, the suppression of free speech in Charleston comes as another taxpayer-funded entity in the Palmetto State – the University of South Carolina – made a list of the ten worst campuses for free speech in the entire country.

Clearly speech is only to be tolerated if it conforms with whatever the herd has defined at that particular moment as being politically correct.