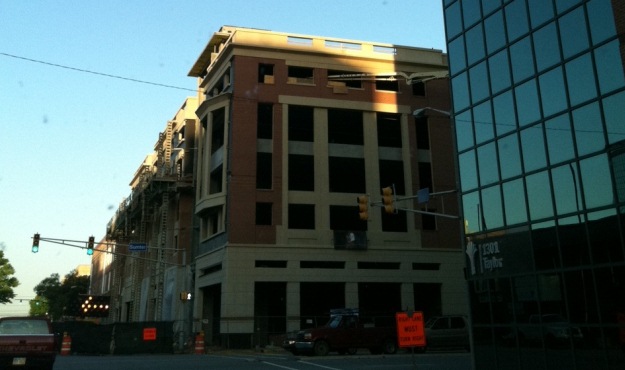 About a year ago the City of Columbia, S.C. – which is all about building parking garages in support of “economic development” – announced the opening of a new 532-car garage at the corner of Taylor and Sumter streets downtown.

We “welcomed” this news in our own particular … (idiom, sir?) … idiom. That’s right.

In fact we raged thusly …

Every so often we’re compelled to rage against Columbia … like when it wastes millions of dollars building new parking garages even though it can’t fill the parking garages it already has.

(And why is government at any level involved in the parking garage business in the first place? That’s a good question …)

Come on, Columbia … are the empty taxpayer-owned parking facilities over at the spectacularly-failed command economic boondoggle known as “Innovista” not a clue that this market might be just a little bit over-saturated?

Were we correct in our assessment? Or was Columbia, S.C. mayor Steve Benjamin correct when he  claimed there was all sorts of “pent-up demand” for parking garages in Columbia?

Well, here’s a picture taken last week at the new “City Center garage” during the middle of the afternoon on a Thursday … 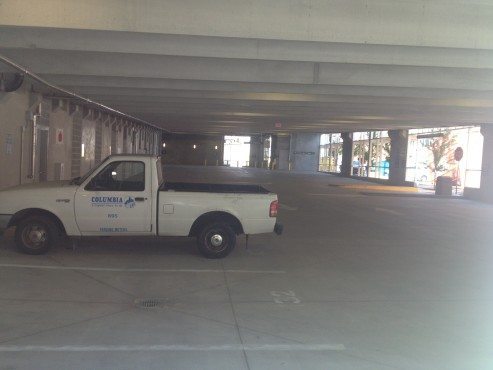 Yeah … that’s one car (actually its a truck – and a government-owned truck, at that).

“Looks that way every day,” said a source familiar with the garage’s virtually non-existent capacity.

Taxpayers spent $11 million on this facility and are shelling out an undetermined amount of cash to keep open each year. How in the hell does this make sense? The short answer is obvious: It doesn’t.

Despite the fact that its existing network of garages was half-empty, Benjamin and his brain dead lackeys on the Columbia, S.C. city council decided to go ahead and open a new garage anyway.

We said it last year and we’ll say it again this year … “you just gotta love command economic planning.”