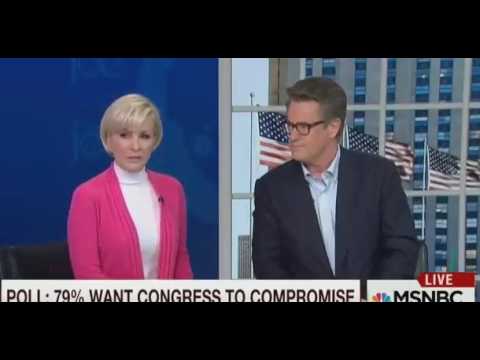 So here’s MSNBC’s Mika Brzezinski painfully responding to her co-host Joe Scarborough – who had the audacity to suggest that U.S. president Donald Trump is “doing exactly what he said he is going to do.”

Anyway, according to Brzezinski Trump’s blunt follow-through since taking office last month has apparently “undermined the messaging” and stepped on the toes of the mainstream media, whose job is to “actually control exactly what people think.”

SCARBOROUGH: “(Trump is) doing — what are you so surprised about? He is doing exactly what he said he is going to do.'”

BRZEZINSKI: “Well, I think that the dangerous, you know, edges here are that he is trying to undermine the media and trying to make up his own facts. And it could be that while unemployment and the economy worsens, he could have undermined the messaging so much that he can actually control exactly what people think. And that is, that is our job.”

Now if that isn’t fumbling one’s way into an inconvenient truth, we don’t know what is.

Thank you, Mika Brzezinski.  Thank you.