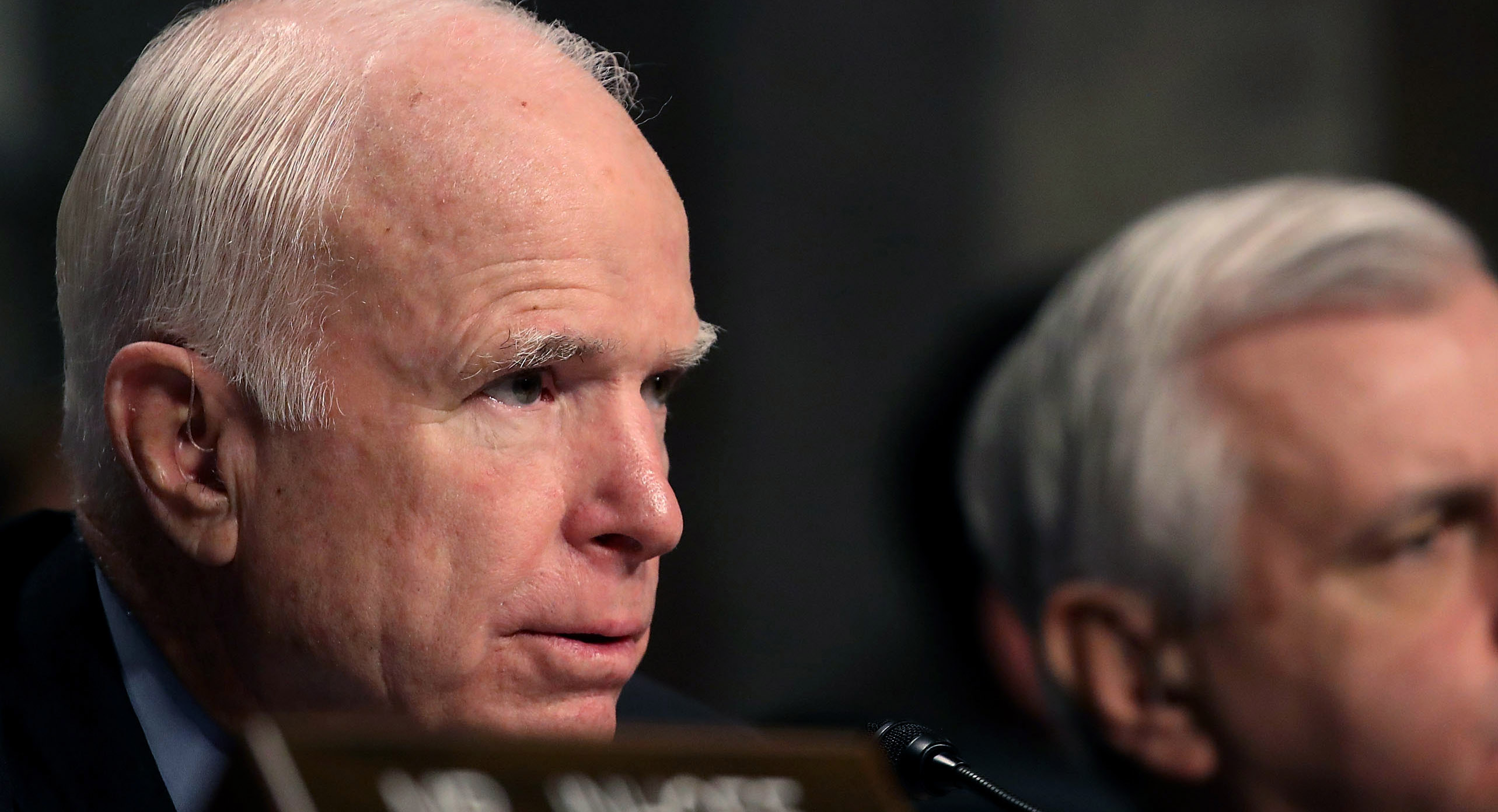 U.S. Senator John McCain – who never met a war or wasteful military boondoggle he didn’t like – took to the floor of the U.S. Senate on Wednesday to assail president Donald Trump’s pick for the powerful position of director of the White House Office of Management and Budget (OMB).

“Under most circumstances, I always give the benefit of the doubt to the incoming president,” McCain said.

Not when it comes to U.S. Rep. Mick Mulvaney, though, apparently.

According to McCain, the fourth-term congressman from South Carolina has “spent his last six years pitting the national debt against our military.”

Last time we checked Mulvaney had been a good soldier for the GOP establishment – in fact, we’ve previously bashed him because of his recent drift toward the center of Washington, D.C.’s Republican spectrum.

Of course as much as we’ve found reason to criticize Mulvaney in the past, there is no denying his competence for this post – which we made clear months ago in breaking the news of this appointment.

McCain’s backstab isn’t about Mulvaney, though … it’s about him waiting until Trump was at a moment of real weakness and then plunging in the knife, part of an apparent effort to settle an old score.

While McCain was raging against Mulvaney, a prominent veterans’ group was urging the U.S. Senate to confirm his nomination “without delay.”

“Mulvaney’s confirmation would be an encouraging sign that America’s national debt is finally being taken seriously, welcome news to veterans across the country,” Mark Lucas of the group Concerned Veterans for America (CVA) said.

So far McCain is the only GOP Senator to publicly announce his opposition to Mulvaney’s nomination.  Liberal Republican Susan Collins had previously been undecided as to how she would vote on his confirmation, although she told reporters early on Wednesday that she would support his nomination.

Also to his credit, U.S. Senator Lindsey Graham has steadfastly supported Mulvaney’s nomination – even when it became clear his fellow warmonger McCain was going to flip on him.  That’s a welcome move from Graham, who received rare praise from this website recently when he helped shepherd the nomination of U.S. attorney general Jeff Sessions through the U.S. Senate.