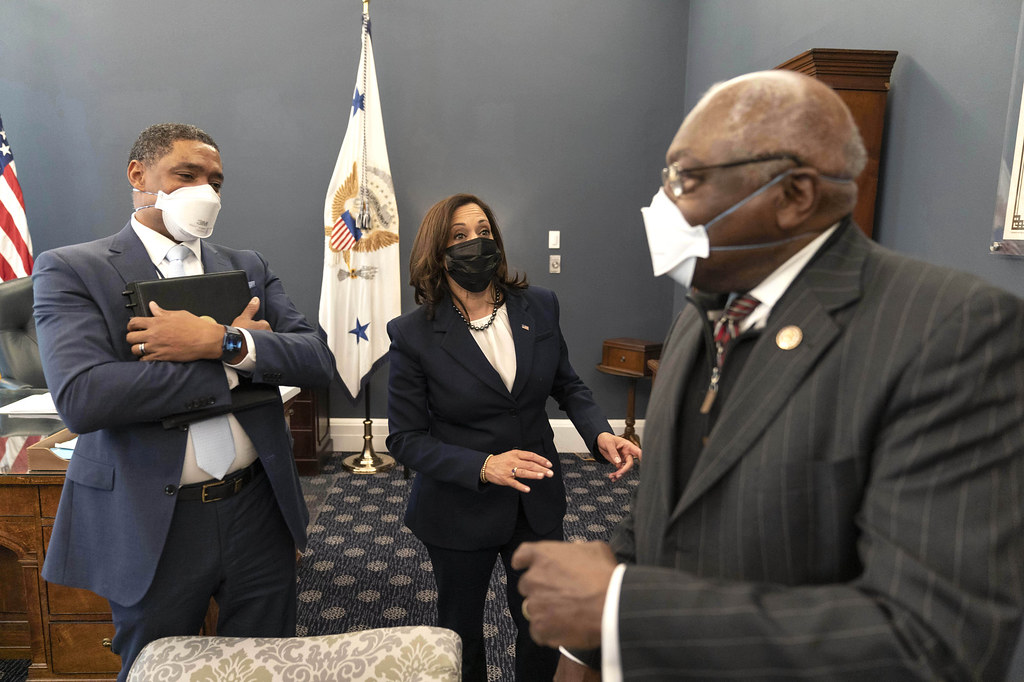 Congressman Jim Clyburn of South Carolina is leading efforts to effectively strip the Palmetto State – and nearly a dozen other mostly southern states – of their right to reject costly Medicaid expansion subsidies contained in the 2010 Affordable Care Act (a.k.a. Obamacare).

South Carolina is one of twelve states which has yet to expand the ostensibly low-income health care subsidies contained in this constitutionally dubious law – which so-called “Republicans” failed to repeal when they had the chance in 2017. The other states? Alabama, Florida, Georgia, Kansas, Mississippi, North Carolina, South Dakota, Tennessee, Texas, Wisconsin and Wyoming.

Further expanding Medicaid has been one of Clyburn’s top priorities for years – and this year he and other Democratic leaders appear poised to use budget rules to force these twelve states to expand eligibility.

“I’m having these discussions,” Clyburn told Maya Goldman of Inside Health Policy late last month. “I don’t want to expose too much, until we can find common ground and (are) ready to go public.”

Despite its refusal to partake of the Obamacare subsidies, Medicaid enrollment in South Carolina has steadily grown in recent years to the point that one in five residents of the Palmetto State – an estimated 1.07 million citizens – were on the dole in 2020. That’s according to data provided by SC HealthViz, a website “designed to provide greater transparency” when it comes to health care information in South Carolina.

Three out of five children are already on Medicaid too, the website noted.

Meanwhile, a whopping 64 percent of live births in South Carolina were covered by Medicaid in 2017 per data published by the Kaiser Family Foundation (KFF).


Not surprisingly, the annual budget for the S.C. Department of Health and Human Services (SCDHHS) – the state’s Medicaid enrollment agency – has also been growing rapidly for years. It stood at $8.04 billion in the budget for the fiscal year which began on July 1 – an increase of 4.68 percent from the previous fiscal year’s spending plan (an an increase of more than 35.5 percent from a decade ago).

Medicaid expansion figured prominently in the 2020 presidential election. During his campaign for the presidency, Joe Biden pushed for a “public health insurance option” – one which would “automatically enroll” South Carolinians in the so-called “coverage gap” whenever they came into contact with government (i.e. when they enrolled in public schools or applied for other taxpayer-funded benefits).

What is a “public option?” Easy: Socialized medicine. Obamacare on steroids.

Prior to invoking the nuclear option, federal officials sought to “sweeten the pot” for holdout states earlier this year – offering to subsidize up to 95 percent of the cost of Medicaid benefits for two years (as opposed to the 70 percent currently paid). That would have netted SCDHHS an estimated $600 million from the state’s existing Medicaid population.

Liberal advocates praised Clyburn for his advocacy this week …

“For the last decade, more than one hundred thousand uninsured adults in South Carolina have suffered in the coverage gap without any real access to affordable healthcare,” a release from the left-leaning S.C. Appleseed Legal Justice Center noted. “These individuals – the majority of whom are people of color – are retail clerks and caretakers, home health aides and other essential workers. They are being denied a basic dignity available to their counterparts in 38 other states.”

The Appleseed release added that “America cannot allow this central inequity to persist – one that continues to punish low-income Americans of color, particularly in regions with long histories of racial violence.

Not really. According to a 2019 report from the National Bureau of Economic Research (NBER), enrollment in the Obamacare Medicaid expansion has not been limited to low-income recipients – but rather “hundreds of thousands” of Americans whose income levels exceeded the federal requirement of 138 percent of the poverty line.

“We cannot say with certainty why these individuals were able to participate in Medicaid,” NBER researchers noted.

“Obamacare has turned Medicaid into an entitlement program for the middle class,” health care policy analysts Brian Blase and Aaron Yelowitz noted in a piece published by the Cato Institute. “Obamacare has turned out to be a giant welfare program, with millions of working- and middle-class Americans improperly receiving Medicaid.”

By contrast, “states that opted not to expand Medicaid have been much better able to preserve private coverage,” Blase and Yelowitz added.

Banner: Office of the Vice President