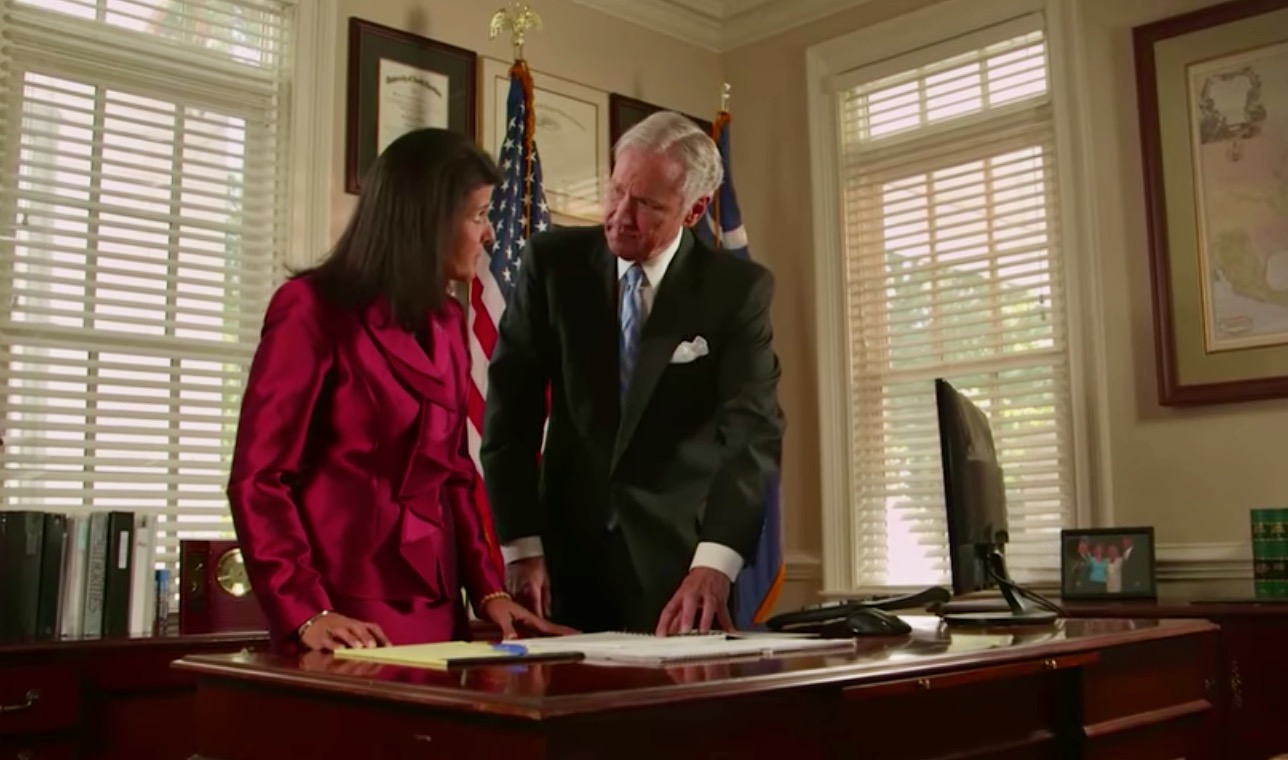 McMaster, 69, spends the first half of the clip reciting his personal and political biography – referencing his turns as the U.S. attorney for South Carolina, attorney general and lieutenant governor.

And yes, guffawing glad-hander known around the S.C. State House as “Foghorn Governor” lays it on thick (and we’re not just talking about his accent).

“I’ve just been sworn in as governor of South Carolina – which I believe is the very best job in the world,” McMaster says in the clip.  “For me, there is no higher calling in public service.”

“I bring to this job a deep belief that we have unlimited possibilities in South Carolina,” McMaster contined.  “Our state is uniquely blessed.  We have amazing natural resources, a creative and talented workforce and a growing economy fueled by business, tourism, industry and agriculture.”

“We need to improve our roads and highways, continue to improve our schools and create the most competitive and business-friendly environment in the nation,” he said.

We agree with all of the above … however we would suggest to McMaster that the rampant government growth South Carolina has experience in recent years has utterly failed to accomplish any of those objectives.  If anything, all that excess growth has made things worse by starving the economy of the oxygen it needs.

Hopefully McMaster will recognize that – and recognize the inefficacy of raising the state’s gas tax to “fix our roads.”

Hopefully he will also recognize that pumping billions of dollars into our failing government schools is a demonstrable failure – and that “better schools” will only be realized by injecting real competition into the academic marketplace, not the limited choice South Carolina has currently seen fit to provide a small sliver of students.

(Banner via McMaster for SC)