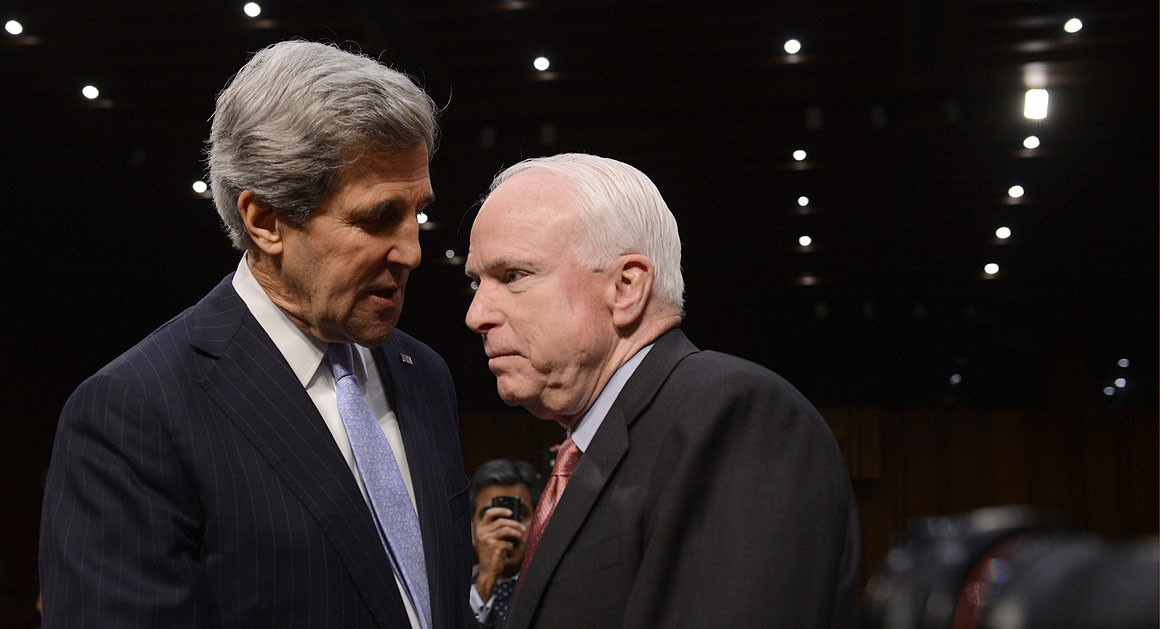 U.S. Senator John McCain is putting some distance between himself and a dubious (and possibly fabricated) “intelligence report” alleging that U.S. president-elect Donald Trump engaged in sordid sex acts with multiple prostitutes in an upscale Moscow hotel.

McCain provided the salacious report – which alleges extensive collusion between Trump and the Russian government – to scandal-scarred Federal Bureau of Investigation (FBI) director James Comey on December 9.  The unverified, unattributed (and potentially bogus) document has since been used by multiple U.S. intelligence agencies to support the as-yet-unproven contention that Russia attempted to influence the 2016 presidential election.

Russia has denied all claims of presidential meddling.  So has Wikileaks, the whistleblowing website that extensively published incriminating information on Democrats obtained from anonymous sources.

“Late last year, I received sensitive information that has since been made public,” McCain said in a statement.  “Upon examination of the contents, and unable to make a judgment about their accuracy, I delivered the information to the Director of the FBI. That has been the extent of my contact with the FBI or any other government agency regarding this issue.”

Translation?  If this bombshell turns out to be false, McCain doesn’t want to be anywhere near the ensuing shit storm.

“This is either the biggest story – or the worst smear – of the year. Maybe the decade,” we wrote in our coverage of this matter.

Our initial bet was on the latter … and McCain’s backtracking would appear to be an early signal in that direction.  If this report were even borderline legitimate, we have no doubt McCain would be eagerly doubling down on his irresponsible rhetoric regarding American-Russian relations.