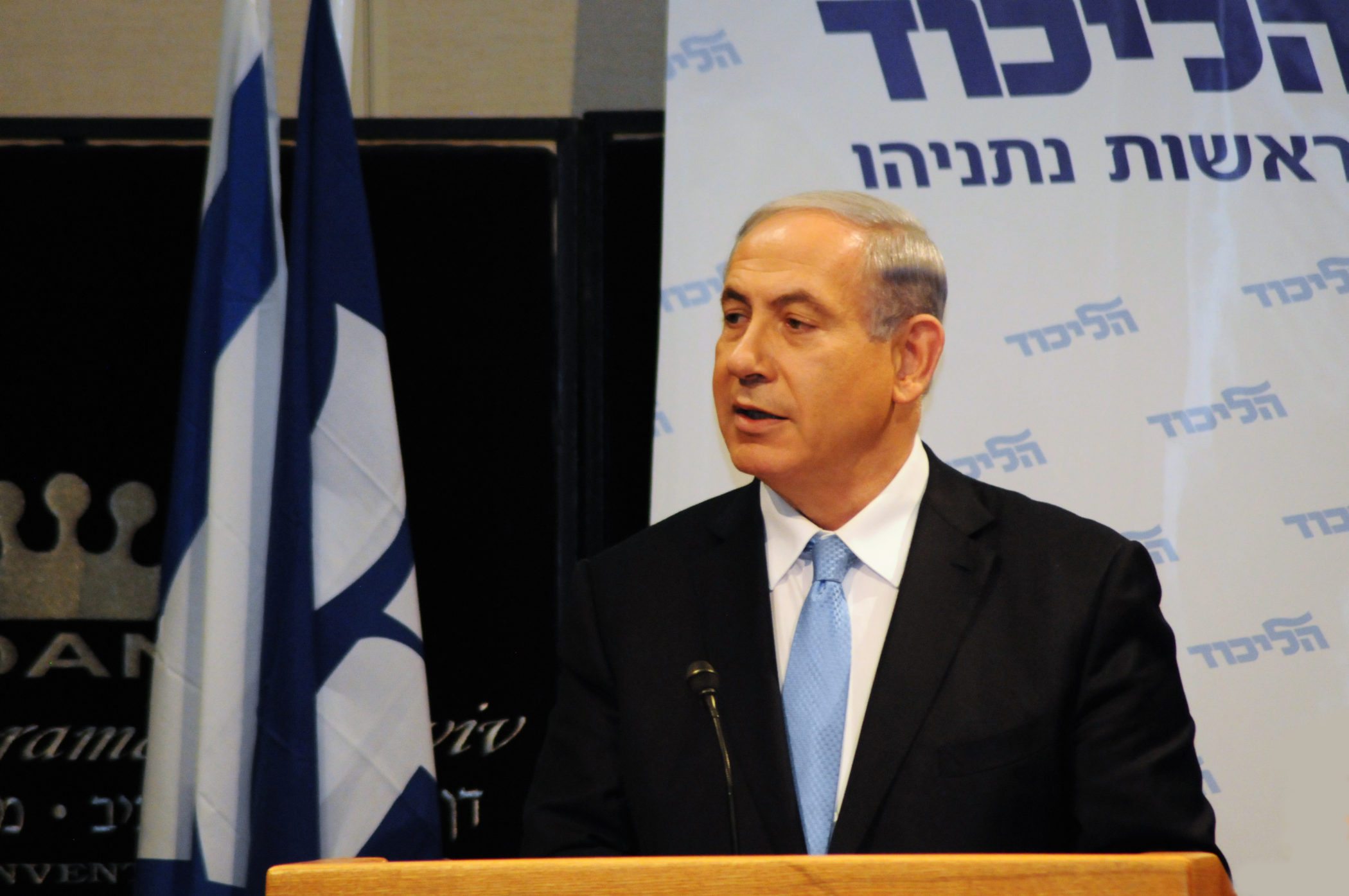 This website is not a fan of Israeli prime minister Benjamin “Bibi” Netanyahu.  As far as we’re concerned, he is the definition of someone who talks tough with other people’s money – taking billions of dollars from American taxpayers and then lecturing them on their obligations to his country.

We have no problem with Israel defending itself (or even waging wars of aggression) … we’re just tired of Americans being forced to pay for them.

Anyway, Netanyahu – revered by Republicans in Washington, D.C. – is in real trouble back in Israel.

According to The Jerusalem Post, authorities descended upon one of his residences on Monday morning as part of an investigation into allegations of corruption.  The area “was closed off and a black veil erected to keep out the media’s eyes.”

The investigation into the 67-year-old prime minister centers around multiple allegations of bribery and fraud.  Specifically, Netanyahu is accused of accepting lavish gifts in exchange for official favors – including allegedly meddling in a $1.57 billion Israeli defense contract for submarines made by German conglomerate ThyssenKrupp.

Netanyahu has denied the allegations – and slammed the investigation into his activities as being politically-motivated.

“There will be nothing, because there is nothing,” he told reporters this week, echoing a familiar refrain.

Nonetheless, Israeli attorney general Avichai Mandelblit has decided to ramp up the inquiry – and the raid on Netanyahu’s residence would seem to indicate things are approaching a climax.

As much as we dislike Netanyahu, we won’t let our personal views cloud the issue of his guilt or innocence as it relates to these charges.  If he’s corrupt, we hope he goes down.  If he’s not, we hope he’s exonerated.

Either way, we hope Israel eventually makes good on his two-decade old promise to stop relying on America to subsidize its military (especially if it is proven that Israel is spending billions of dollars on military equipment it doesn’t need solely to benefit Netanyahu and his cronies).