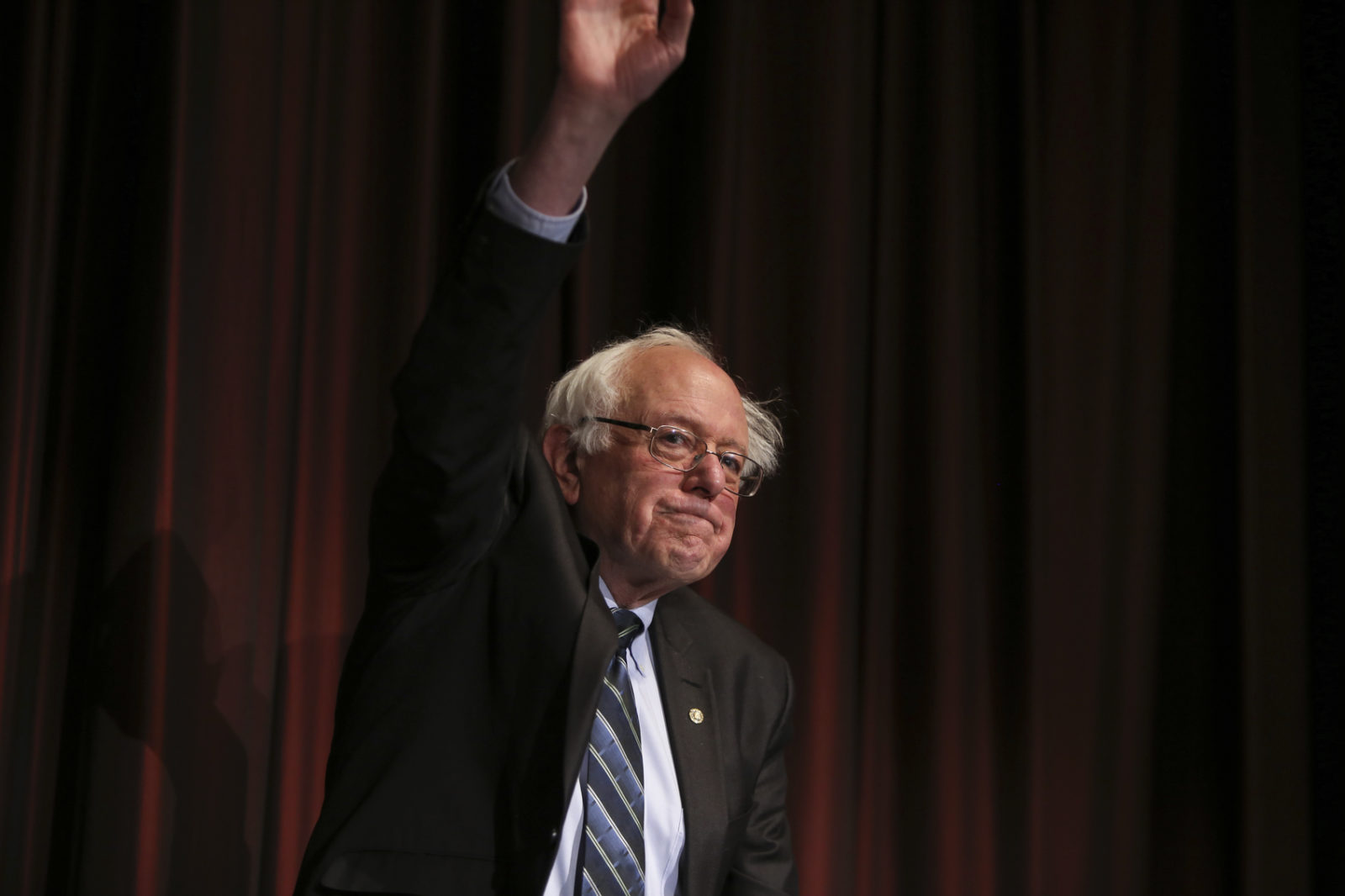 As we noted in our most recent post it’s a time of considerable consternation and acrimony in the United States (for some people, anyway).

People are flat out flipping out over politics … specifically the unexpected election of Republican Donald Trump to the presidency.

This website endorsed Trump (twice, actually) so we’re pretty pleased with how the election turned out.  At the very least, we’re thrilled to know the failed policies of the last sixteen years won’t be extended over the next four.

Anyway … for those who are unhappy with the outcome of the election, we’d urge them to consider the reasoned response of independent socialist U.S. Senator Bernie Sanders of Vermont.

Donald Trump tapped into the anger of a declining middle class that is sick and tired of establishment economics, establishment politics and the establishment media.  People are tired of working longer hours for lower wages, of seeing decent paying jobs go to China and other low-wage countries, of billionaires not paying any federal income taxes and of not being able to afford a college education for their kids – all while the very rich become much richer.

To the degree that Mr. Trump is serious about pursuing policies that improve the lives of working families in this country, I and other progressives are prepared to work with him.  To the degree that he pursues racist, sexist, xenophobic and anti-environment policies, we will vigorously oppose him.

Imagine if every liberal responded to the election like that?

Sanders’ statement is also a reminder that he and Trump are united on the trade issue – which is what ultimately won the election for the GOP nominee.

Assuming they can unite on that front during the first 100 days of Trump’s presidency, we could be looking at some authentic populist bipartisanship – not the special-interest fueled “bipartisanshit” of years past.

And some genuinely positive outcomes to boot …