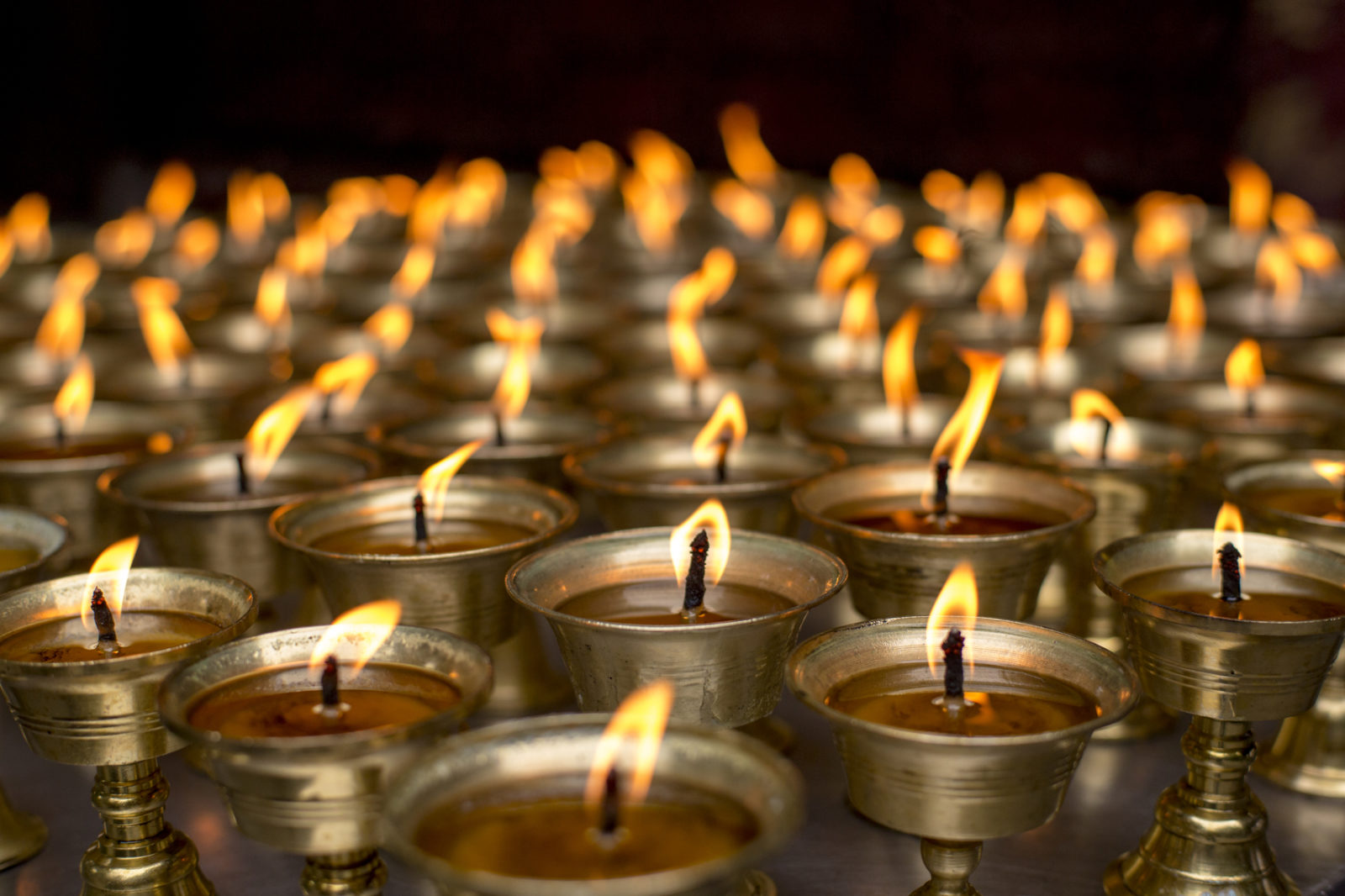 One of the biggest storylines of the 2016 election was whether GOP nominee Donald Trump was capable of winning over evangelical voters.

He did to an extent in the primary … but there was real concern as to whether those voters would show up for him in the general election.

According to new data from the Pew Center, they did …

Among Catholics, Trump prevailed over Clinton by a 52-45 percent margin.  Four years ago Obama edged Romney 50-48 percent among Catholic voters.

Trump did fare worse than Romney among Mormon voters, although that’s not surprising seeing as Romney is a Mormon.

Still, Trump got 61 percent of the Mormon vote compared to just 25 percent for Clinton.

Here’s a snapshot of the data for all religious groups … 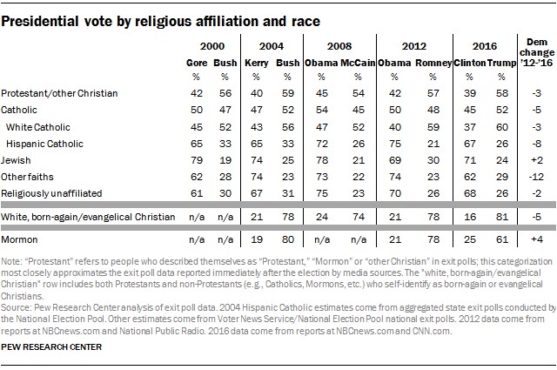 “While earlier in the campaign some pundits and others questioned whether the thrice-married Trump would earn the bulk of white evangelical support, fully eight-in-ten self-identified white, born-again/ evangelical Christians say they voted for Trump, while just 16 percent voted for Clinton,” Pew’s researchers noted. “Trump’s 65-percentage-point margin of victory among voters in this group – which includes self-described Protestants, as well as Catholics, Mormons and others – matched or exceeded the victory margins of George W. Bush in 2004, John McCain in 2008 and Mitt Romney in 2012.”

Bottom line?  Evangelical voters who are often described as intolerant or judgmental were clearly willing to abandon their sanctimoniousness to vote for Trump.